While a much smaller priority than high-profile Hawks trade targets Tom Scully and Chad Wingard, it’s understood the Hawks have indicated that the ex-Saint is on their radar, potentially as a delisted free agent, although won’t make a commitment to the pressure forward until after the trade period, leaving him in a similar position to several out-of-contract Hawks. 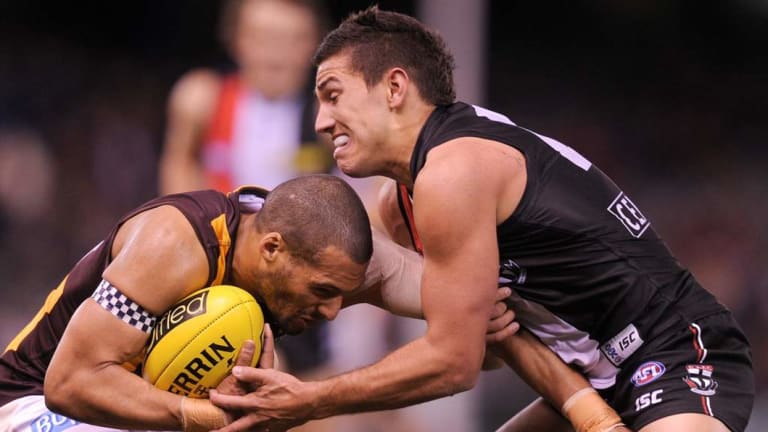 Minchington, who turns 25 in December, has been struck down by ankle, knee and hip issues over the past two years, playing just five senior games in 2017 and none in 2018. Taken deep in the 2011 rookie draft, he managed 28 games and 22 goals for St Kilda across his seven years at the club, but when fit was regularly in the best for Sandringham in the VFL. His fierce tackling could appeal to Hawthorn given the premature retirement of Cyril Rioli and the likelihood Paul Puopolo is in the twilight of his career.

“Darren has been the consummate professional during his time at the club, and was a really popular member of the playing group,” St Kilda general manager of football Simon Lethean said at the time of Minchington's delisting.

Veteran Brendan Whitecross, young defender Teia Miles, ruckman Marc Pittonet, and premiership players Taylor Duryea and Ryan Schoenmakers are among the Hawks without deals for 2019. Unrestricted free agent Duryea has been in the sights of Sydney and the Western Bulldogs.