Home » Sport » 'He doesn’t say anything to me': The opponent Will Chambers never sledges

He didn’t miss Latrell Mitchell in State of Origin either, at least in a verbal sense. Probably even gives it to the mailman as approaches with the post. But when it comes to Ricky Leutele, the only thing the Cronulla centre gets is the silent treatment. 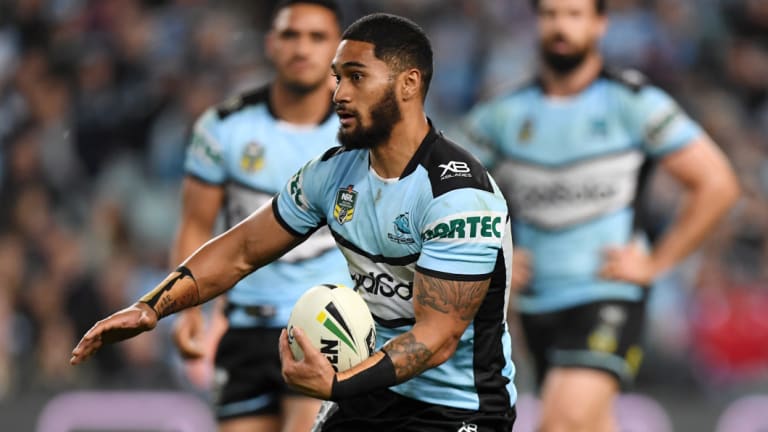 No backing down: Ricky Leutele of the Sharks.

While Chambers is one of the game’s renowned antagonists – he called Gallen a drug cheat during a fiery 2017 clash – Leutele is happy to let his actions do the talking. The Toronto-bound three-quarter has made 123 first-grade appearances since his debut 2010 and barely uttered a syllable on or off the field during that time. Softly spoken and unflappable, Leutele has never sledged anybody.

Perhaps realising he was wasting his time trying to elicit a response, Leutele claimed Chambers hasn’t tried to verbal him during previous Melbourne-Cronulla clashes.

"Nah, he doesn’t say anything to me," Leutele said. "I think he just wants to play footy, I guess. I don’t know what it is." 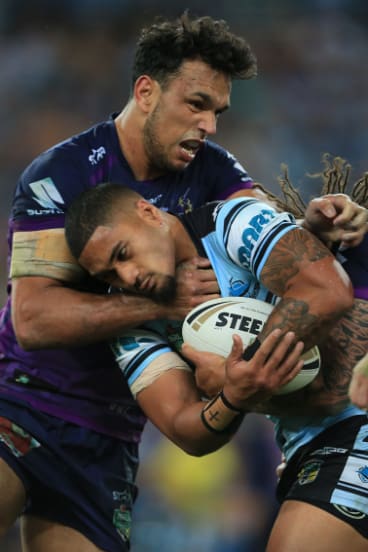 Clash: Will Chambers gets a hold on Ricky Leutele in the 2016 grand final.

Asked if he was spared because of his placid nature, Leutele replied: "I’m not too sure. I don’t do it personally, so I don’t know what they think.

"Chambers is a top-quality centre, one of the best in the world.

"I’m just looking forward to going down and playing in this final, you don’t get many opportunities to play in these big games.

"I'm looking forward to it."

Leutele has already gone down in folklore for his heroics against Melbourne. In the 2016 grand final, with the Sharks defending a two-point lead and only second left on the clock, the Storm launched a final raid at the try-line. The ball was swung from one side of the field to the other in search of a gap, with one seemingly appearing when winger Marika Koroibete launching himself at the line.

Leutele stopped him with perhaps the most important tackles in the club’s history, sealing a maiden premiership victory.

"It was one of the best feelings I’ve felt, realising all the hard work I’ve put in through the years," he said.

"I remember them shifting to our right. I thought one of them would have got tackled but they shifted all the way back. I remember Koroibete standing in front of me so I had to go again, not give him any time because he’s so quick and strong."

Cronulla continue to sweat on the fitness of veteran forward Paul Gallen, who will be given until Thursday to overcome a shoulder injury. Josh Dugan appears to have overcome his own shoulder complaint for the blockbuster at AAMI Park. The former NSW and Australian centre opened up about the pressures of living in the NRL’s fishbowl during an emotional press conference last week and his teammates lauded him for his candour.

"Duges getting that off his chest, it’s a big load off his shoulders," said Sharks forward Aaron Woods.

"Duges doesn’t go out to do charity work to get a pat on the back, he does it to help people. A lot of people misunderstand him because of a couple of stuff ups he’s had. Everyone stuffs up at some point at their life, there’s no one out there that hasn’t.

"He gets a lot of negative attention but to Duges’ credit he rolls with the punches. I’m glad he spoke, the biggest thing people say is ‘it ain’t weak to speak’.

"We had RUOK? Day last week and I’m happy he came out. At training he’s buzzing, he looks like there’s a weight off his shoulders."