A promised payment to former Cronulla forward Chris Heighington was behind the club’s decision to self-report a potential salary cap breach to the NRL.

Fairfax Media can reveal that a proposed deal to Heighington, believed to be worth $50,000 from 2015, was the catalyst for the Sharks to open up their books to the governing body, resulting in the latest investigation. 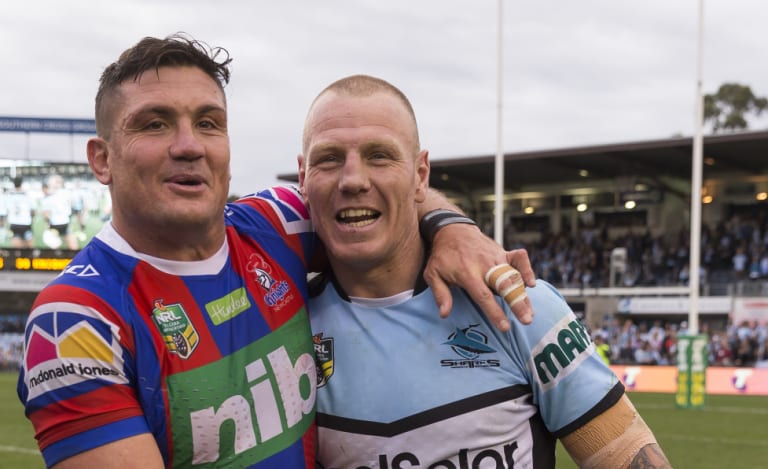 There is no suggestion that Heighington knew of the proposed payment or in any way acted improperly. There are even suggestions the third-party arrangement, which may not have been properly disclosed to head office, didn’t actually eventuate. Regardless, the Sharks could find themselves in strife for not declaring it at the time, as evidenced by the litany of unfulfilled TPA promises at Parramatta that resulted in hefty sanctions.

Heighington’s long-time manager, Wayne Beavis, said every TPA he ever did for his client during his Shire stint was disclosed to head office.

“With Chris Heighington, any third parties he had with Cronulla were registered with the NRL … and I have all the paperwork,” Beavis said.

Heighington joined the Sharks in 2013 after a Wests Tigers stint that included a key role in their breakthrough premiership win of 2005. He then made 116 appearances for the Sharks over five seasons, including the grand final win in 2015. He shifted to Newcastle at the start of this season.

The veteran forward is preparing to play his last game of an illustrious career, against the Dragons on Saturday, before retiring.

Heighington was chaired off Southern Cross Group Stadium by his former Sharks teammates after Cronulla all but sealed a top-four spot with a convincing victory over the Knights last Sunday.

The veteran back-rower and English international agreed to help Nathan Brown’s re-build at Newcastle in 2018, which will be his final season before he retires.

Two-time premiership winner Heighington, 36, sits seventh on the list of most appearances in Australian top grade rugby league games, having begun his career in 2003.