Lord's has suffered its first washout in 17 years as rain prevented any play between England and India on day one of the second Test.

Bad weather set in and never cleared, allowing no opportunity even for the toss and announcement of teams to take place. 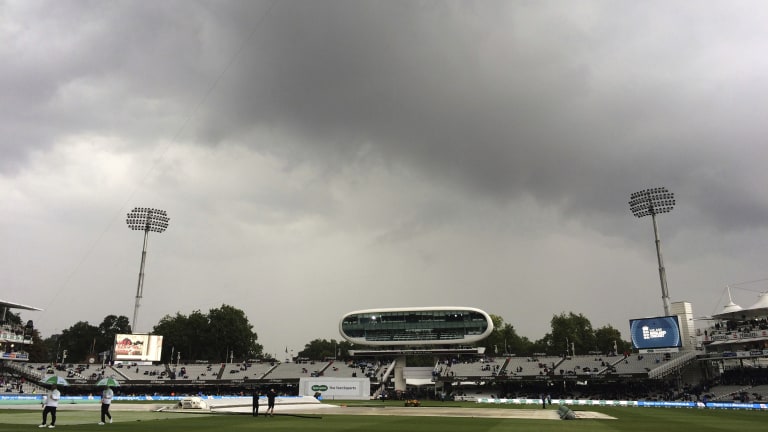 Nothing doing: Rain clouds hang above the pitch at Lord’s.

It was hoped a forecast improvement would come in time to get under way after tea, but the rain continued – and umpires Marais Erasmus and Aleem Dar announced at 4.50pm that there would be no play.

It is the first time a whole Test match day has been lost to the weather at the home of cricket since May 2001, against Pakistan.

The last washout in England was across the capital at The Oval, on day four in the 2013 Ashes.