Home » Sport » Hit and miss: The murky world of justice in sport

I wonder how Steve Smith and David Warner felt this week as Ben Stokes bowled England to a dramatic victory over India. I wonder how Andrew Gaff would have felt, if he had time to notice it. Seldom can there have been a more poignant conjunction of crime and punishment; violence, violation and their consequences; and the big questions of justice in sport. 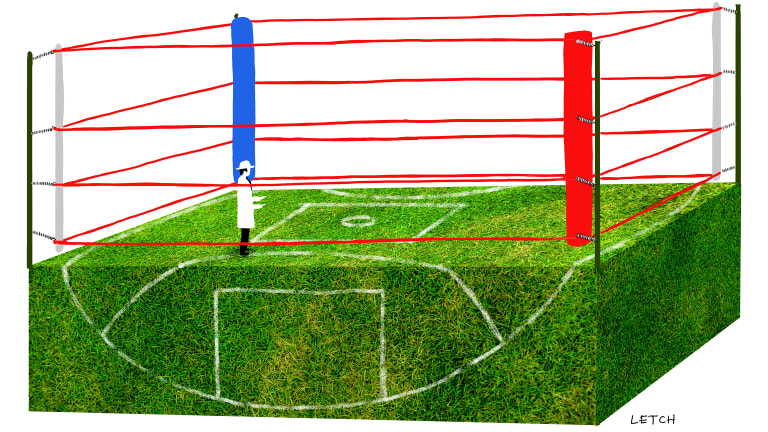 Smith and Warner cannot play cricket for Australia for a year because of what amounted to an act of violence against the spirit and law of their game. Gaff will not play Australian Rules until next year because, intending to whack an opponent in the chest, he missed and hit him in the jaw, putting him in hospital with gruesome injuries. Stokes, meanwhile, was the toast of his country in Birmingham. In the case of Virat Kohli versus England, Stokes vanquished the Indian captain and won his team the match. Stokes is not playing in this week’s second Test match at Lord’s because he is busy in court trying to stay out of jail for throwing punches in a street brawl last September.

Three narratives, two sports in three different places, linked by a single question: What acts go so far beyond the pale that they transcend their sports and merit long-term exclusion for other than strictly sporting reasons? 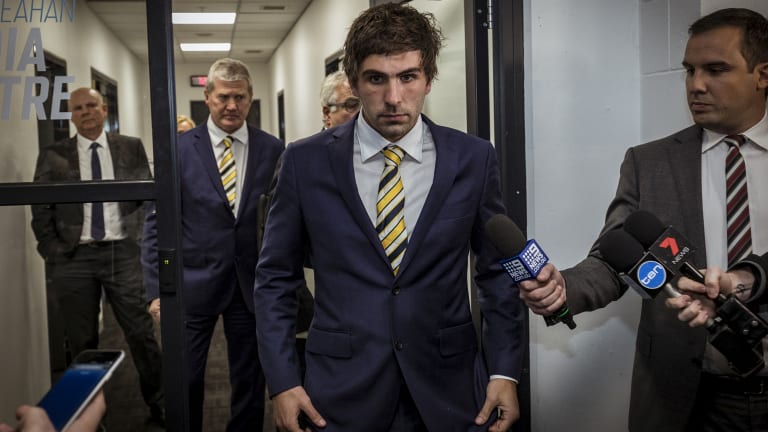 Each event broke the boundaries of sport. Gaff, of the West Coast Eagles, broke the jaw of Fremantle’s Andrew Brayshaw so badly that there were calls for a charge of criminal assault. Ralph Kelly, whose son Thomas was killed by a single punch, called on sports to stand intransigently against violence. The AFL tribunal banned Gaff, who pleaded guilty, for the rest of this season and some of next. But this was no common assault, no straightforward thuggishness such as Barry Hall’s 2008 ironing out of West Coast’s Brent Staker or, for that matter, the 1985 punch Leigh Matthews threw at an opponent that landed him a criminal conviction. Matthews received a $1000 fine from the courts and four weeks from the tribunal.

A sorry Hall later admitted that his punch – which aimed to hurt – could have killed Staker. On the other hand, Gaff benefited from a clean record, his guilty plea and frank remorse, the fact that he was a friend of Brayshaw’s, and forgiveness from Brayshaw’s parents. Culpability shifted to the game. Gaff threw the punch, but he plays a sport that tolerates constant acts of minor violence – such as the chest-punch Gaff was intending. Gaff was punished because of the injury he caused, which happened because Brayshaw, the victim, moved. It is a ridiculous situation whereby you can try to knock a fellow’s teeth out but if you miss, nothing – absolutely nothing – happens to you, and yet, if you attempt a legal form of violence and miss, you lose your reputation and possibly your career. The obvious solution is to penalise all acts of violence, wherever they are aimed, but the AFL has yet to come at it.

There was no doubting where Stokes was aiming his punches when he got into a street brawl in Bristol last September. Whatever the outcome of his criminal affray trial, the world has been able to see the type of person Stokes is ever since the footage of the fight was released. Unfortunately for him, a not-guilty plea and a trip to court has only thrown further light on his character. 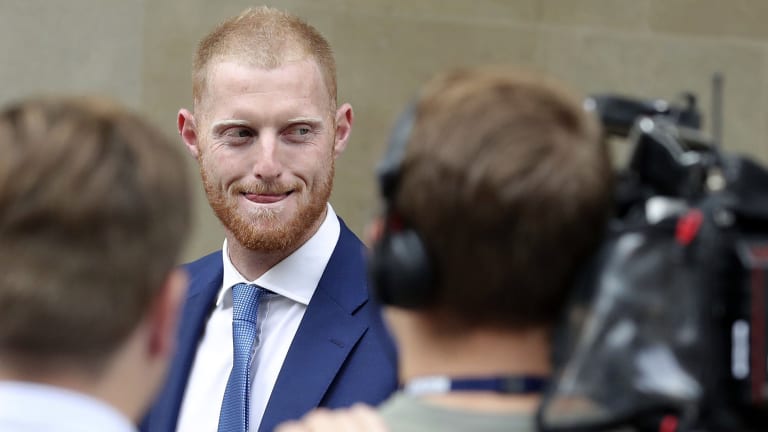 Last year, Stokes’s statement to police was propagated by friendly journalists and other fans. His wild and dangerous assault was out there for all the world to see, so in a counter-move, to exonerate himself, Stokes claimed that he was defending the honour of his two gay ‘friends’ who were being bullied. Anyone who questioned or criticised Stokes’s violent acts was then, in a masterful backflip of blind sycophancy, accused of being themselves a homophobe and pro-bully. Stokes, who was provisionally suspended from the last Ashes series, was painted as a martyr to the cause of anti-bullying and gay rights.

Whether or not he is found guilty of affray, Stokes has been exposed in court as a bully, a twat, an arrogant entitled sports ‘celebrity’ of the lowest kind, and a liar. According to third-party witnesses such as the doorman of the club an intoxicated Stokes was trying to bribe his way into at 2am, an off-duty police officer and a member of the public, it was Stokes who was mocking and bullying the two gay men, Stokes who insulted the doorman for not accepting a 300-pound bribe, and Stokes who was the main aggressor in the fight. His gay ‘friends’ who he ‘defended’ had no idea who he was. And then this quality bloke used the credulity and hero-worship of fans and gullible journalists to spread the fiction that he was the hero of the night’s events. He made fools of them. I wonder how they feel now.

It seems absolutely impossible that Stokes could ever play again at the highest level of a sport that still uses the language of honour. But he probably will. If the jury acquits him, he can theoretically turn out for England next week. But does being found not guilty of a crime mean he is a fit and proper character to wear his country’s colours? Does anyone have to be a fit and proper character? If Stokes ever wears an England cap again, it will at least put to rest the quaint idea of the gentlemen’s game. Instead of telling lies in his defence, the young man might consider spending the rest of his days paying restitution to his god or his good fortune. When you see those punches, you know that only luck saved Ben Stokes from being on a murder charge.

And so to Smith and Warner, who, unlike Stokes, are currently barred from international cricket because of poor character. Their only violence was against fair play, in a sport where fairness is deemed to hold a special place. It is more sad than ironic that they cannot play while Stokes can. Stokes missed an Ashes series, but was soon back for England. Depending on who you talk to, this was either because English authorities couldn’t maintain a further suspension legally, or he was too good a player to keep leaving out. Given the histories of Australia and England, it is ironic indeed that Cricket Australia have placed principle above winning, while their English counterparts haven’t been able to fully commit to doing so. England lost the Ashes, and decided Stokes could come back. If Australia begins losing to India at home this summer, just wait for the howls. Whatever its other demerits, Cricket Australia cannot in this instance be accused of wanting to win at all costs. 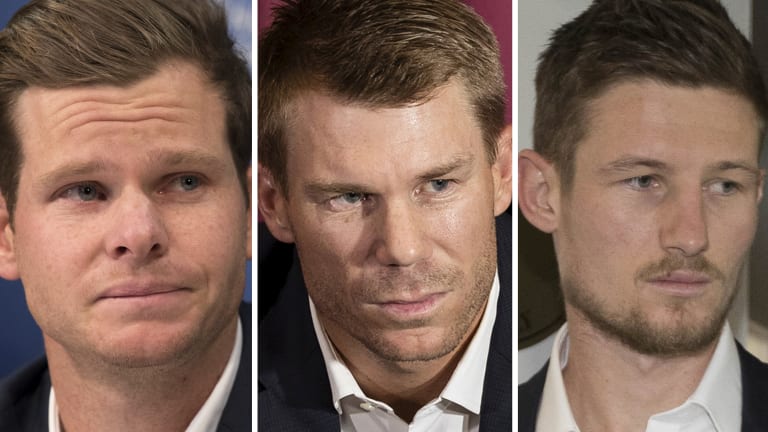 A difficult summer lies ahead for Cricket Australia, and cricket in Australia. Questions will be asked – accusations will be made – about whether the punishment fits the crime. There are double standards everywhere, and England’s decision to keep selecting Stokes is only one of them.

While many will say that sport and life should be cordoned off from each other – that the Stokes matter is for the courts and not cricket, and that the Gaff matter is about football and not the law – the reality is that sport and life overlap, most of all where violence and other serious transgressions are involved. Increasingly, judgment and sentencing are becoming the core business of sporting organisations. Some are better equipped than others.

There is always another side to the story, and that is what comes after. There is crime, there is punishment, but there can also be reform. Stokes cannot begin his reform until he takes his punishment. Andrew Gaff will resume his football career at around the same time next autumn that Steve Smith and David Warner can again play cricket for Australia. The punishment will be over, and sport will begin another of its roles: that of redeemer.