Prebble has spent the past 16 years in Hong Kong, where he won a jockey premiership and the place widely accepted as the toughest school in the world. During that time, he also flew in to win a Melbourne Cup on Green Moon and a Golden Slipper on Crystal Lily. 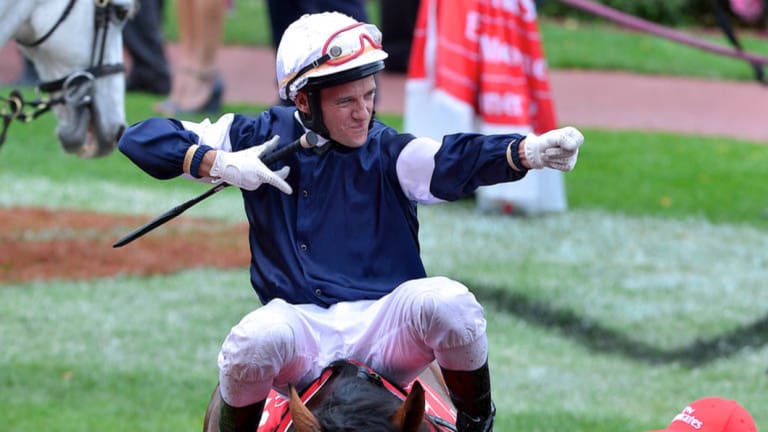 Back home: Brett Prebble after winning the Melbourne Cup on Green Moon.

The 40-year-old decided to return home at the end of the last Hong Kong season but only took out his Australian riding licence last Friday.

“I’m pleased to be back riding in Australia. Although I’m Melbourne-based, I’m going to be travelling for the bigger days around the country and I’m ready to go,” Prebble said.

He was been immediately booked to ride Legend Of Condor in the Run To The Rose and Tango Rain for Gerald Ryan, who has a long association with Prebble, giving him one of his first group 1 victories.

Prebble rode more than 800 winners in Hong Kong and it was considered as surprise to see him return home, where he owns a successful racing gear business, Persuader. He will quickly re-establish himself among the best riders in the country given the right opportunities.

Redzel still top of the class

Redzel put the first spring marker down for The Everest with a powerful display in the Concorde Stakes at Randwick on Saturday, while fellow confirmed runners struggled around the country.

The nature of the $13 million race allows slot-holders to change representatives right up until the week before and it will be interesting to see if any of the owners of the 10 locked-in horses are getting itchy fingers. 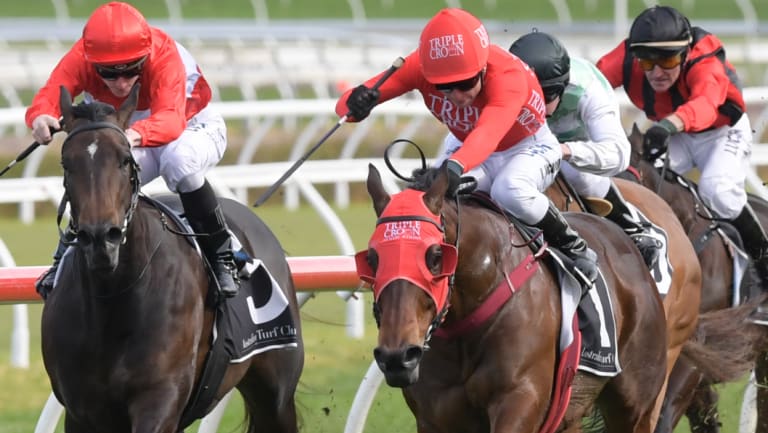 On target: Redzel and Kerrin McEvoy kick clear in the Concorde Stakes.

The Everest champion eye-balled Invincible Star, which will run the GPI slot in October, before putting her to the sword at the furlong pole to show he is still the one to beat. It will give Gai Waterhouse and Adrian Bott something to aim for on Everest day with Invincible Star, which needs to improve to be a serious challenger

Vega Magic, which was runner-up last year, had his brilliance dulled by the soft track at Caulfield as he ran fourth in the Memsie Stakes. Like last year, he will now have five weeks off into The Everest and is still a major player.

Brave Smash and Santa Ana Lane did enough in The Heath over 1100m without winning. They will both be better suited at 1200m. Outside those horses, nothing really stepped up and said 'pick me'. 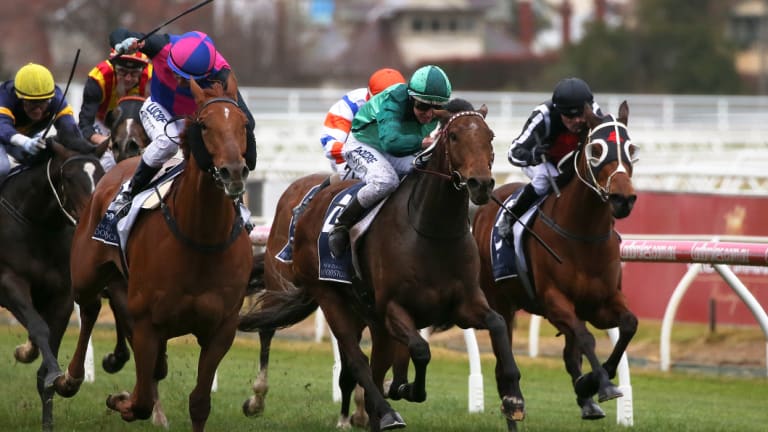 Max Whitby and Neil Werrett are still sitting back with their slot and will take an interest in Nature Strip's performance next week as well as the Theo Marks in Sydney, and maybe even Champagne Cuddles in the Sheraco Stakes.

The ATC is still waiting on Godolphin, and whether it will sprint Kementari after he was trapped wide when a very game runner-up to Humidor in the Memsie.

Gerald Ryan hasn’t had the blinkers on Everest favourite Trapeze Artist since his wins in the TJ Smith and All-Aged Stakes in the autumn.

“They are for race day, and the Theo Marks on Saturday will be the first time we have put them on him,” Ryan said. "You don't get paid in trial. He looks great but it is hard to get a measure on him because he is such a poor track worker.

“He looks stronger and he is ready to go on Saturday.”

Godolphin trainer James Cummings loves his racing and was caught up in the joy of the excited group of owners of Native Soldier in the stands after the McNeil Stakes at Caulfield on Saturday.

The camera swung to the owners and Cummings offering his hand to them in congratulations, as his charge Encryption finish fifth after getting clear too late.

“I got talking to them before the race and they were good guys. They gave it a good cheer. It was exciting and good to see,” Cummings said.

The Godolphin trainer said a decision on where next for Kementari will be made this week, while Hartnell will run in the Dato Tan Chin Nam Stakes at Moonee Valley on Saturday.

“He is going really well and will be very well suited at the mile," Cummings said.