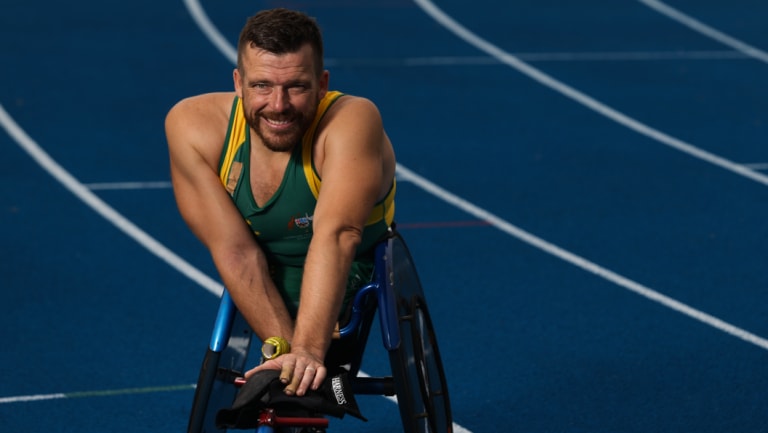 Kurt Fearnley on Thursday night became the first athlete with a disability to win The Don award, but was typically self-effacing about his achievement, saying he had rolled in the slipstream of scores of Paralympians who had had little or no recognition.

‘‘I recognise tonight that I am the first within our Paralympic movement to hold up this prestigious award,’’ he said, ‘‘but I have no intention of self-congratulation. I have to point back behind me to the generations of proud men and women with disabilities who allowed me to become the person and athlete that you see fit to receive this award. I am incredibly grateful [to be the first], and I guarantee I will not be the last.’’

The genial Fearnley and fellow wheelchair racer Louise Sauvage have done more than any others to normalise, even glamorise, Paralympians in Australia’s sporting consciousness. Fearnley, 37, has competed at five Olympics, winning two marathon gold medals and another at 5000 metres. Along the way, he won many other marathons, once ‘‘crawled’’ the Kokoda Track, and won an AO.

I received so much from wearing green and gold, and I don’t have any more to give.

He brought down the curtain on his career at this year’s Commonwealth Games on the Gold Coast, where he won gold in the marathon and the 1500 metres, and was Australia’s flagbearer at the closing ceremony.

But only a day. Fearnley missed Thursday night’s gala award ceremony in Melbourne because he was still in Chicago, where he competed in the marathon last Sunday. He recorded a message of gratitude.

The Don is awarded annually by the Sport Australia Hall of Fame. It pays tribute to the athlete judged to have most ‘‘inspired the nation’’. Fearnley had been a finalist four times. This year, he beat motor sports stars Daniel Ricciardo and Will Power, cricketer Ellyse Perry, soccer star Sam Kerr, former Australian hockey captain Mark Knowles and para-athletes Madison de Rozario and Lauren Parker. 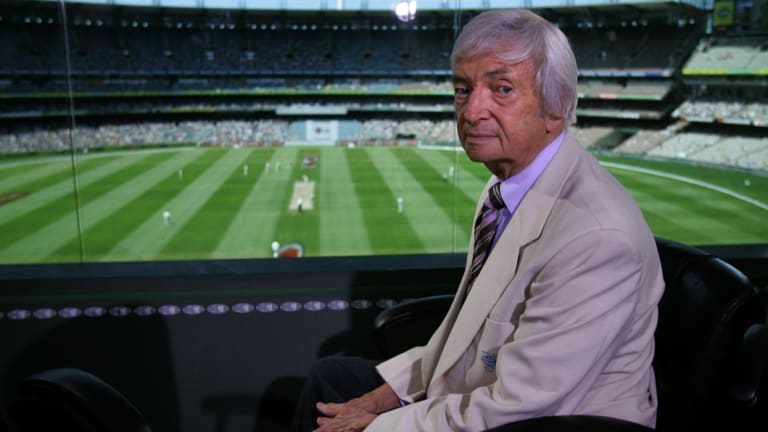 Legend: The one and only Richie Benaud.

Also on Thursday night, the late, inimitable Richie Benaud was elevated from the Hall of Fame ranks to become the body’s 40th Legend. Benaud is a Hall of Fame original who was first nominated as a Legend in 2008, but asked for the honour to be deferred until he had retired from media work. He died in 2015.

A pioneer as a cricketer, captain and commentator, Benaud becomes the third cricketer/Legend, following Don Bradman and Keith Miller. ‘‘This would have made him extremely thrilled and honoured,’’ said Daphne, his widow, ‘‘because he had such respect for both Bradman and Miller.’’

She revealed the secret to his success as a commentator. ‘‘He alway believed, when he was working in a studio, that he was actually talking to somebody in their living room,’’ she said. ‘‘He felt like he was part of their lives, and they felt part of his.’’

Fearnley said the Don award, named for Bradman, was affirmation not just of his own accomplishments, but of Australian sport.’’