Star West Coast Fever midcourter Verity Charles has been cleared of any serious damage to her left knee and is a chance to play in Saturday's major Super Netball semi-final against GWS in Sydney.

Charles injured her knee during the final minute of last week's three-goal loss to the Giants in the final round of the regular season. 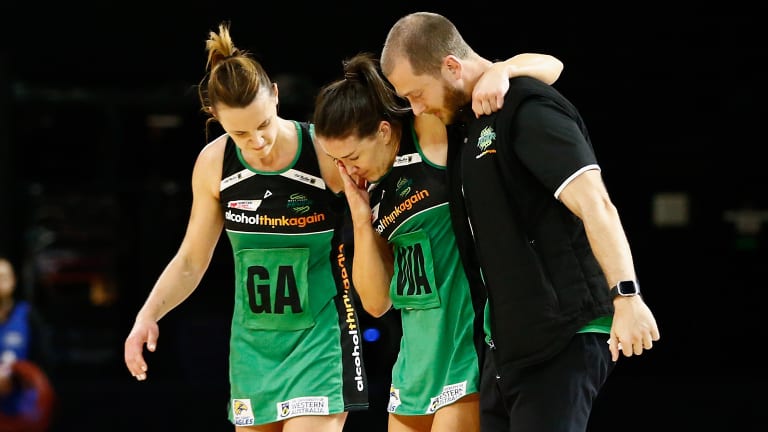 Promising news: Verity Charles (centre) is assisted from the court after hurting her knee last week.

Scans have shown no major damage and she'll be further assessed this week to determine whether she can face the Sydney club.

"Verity is an incredibly tough and diligent athlete and the elite level way in which she prepares for training and games, particularly around her knee, has certainly paid dividends in this situation," Fever chief executive Tamara Sheppard said.

"We will continue to work with our doctor, physiotherapist and strength and conditioning staff to assess Verity this week and across the course of the finals series."

Charles has played a key role in West Coast's title push and will leave a massive hole if she is unable to front up against the Giants.

The winner of Saturday's match will earn hosting rights for the grand final.

The loser will be thrust into a must-win preliminary final against the winner of the Lightning-Firebirds clash.