SHOULD teen sensation Joao Felix move to Man United in the summer, he'll be the latest success story to have been raised the Benfica way who has gone on to achieve a dream move.

The Portuguese side, the most decorated team in their country, have become a feeder club for Europe's giants, with Man City stars including Bernardo Silva and Ederson coming off their famed conveyor belt of talent. 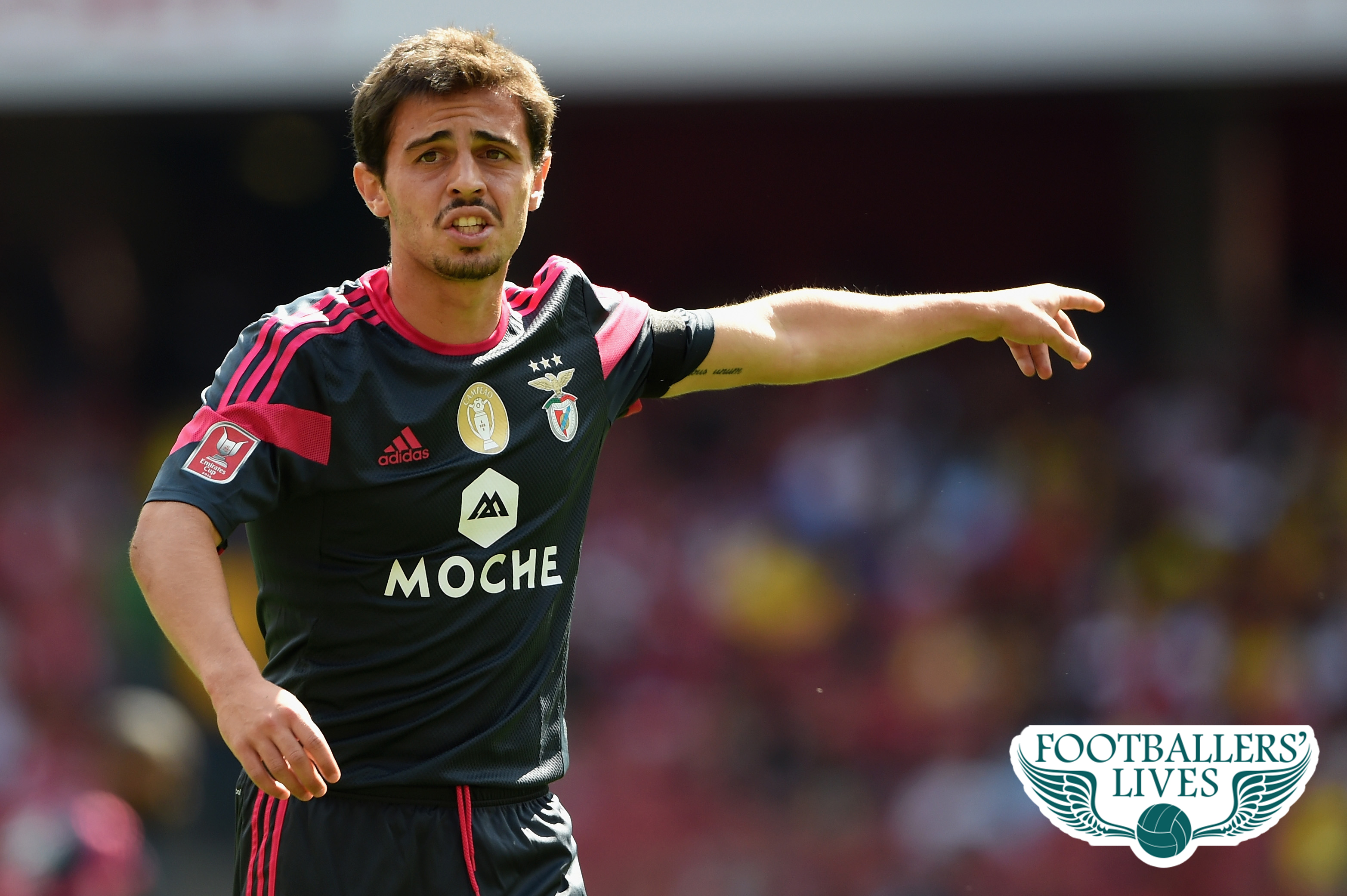 But what's the secret behind their success?

In 2006, when Benfica legend Eusebio opened their new training centre and youth academy, there was hope that they could mould players into playing the way they wanted them to.

And there's no doubt the facilities provided give youngsters the opportunity to develop as well as anywhere in the world.

Around 65 kids from around the world play on the nine pitches the campus boasts.

There are 20 dressing rooms, two auditoriums, and three state-of-the art gyms filled with the latest strength and conditioning equipment a top athlete needs.

“We do not talk exclusively about ‘training’, we refer also to ‘educating’. The academic performance of our players is monitored and encouraged at all levels." 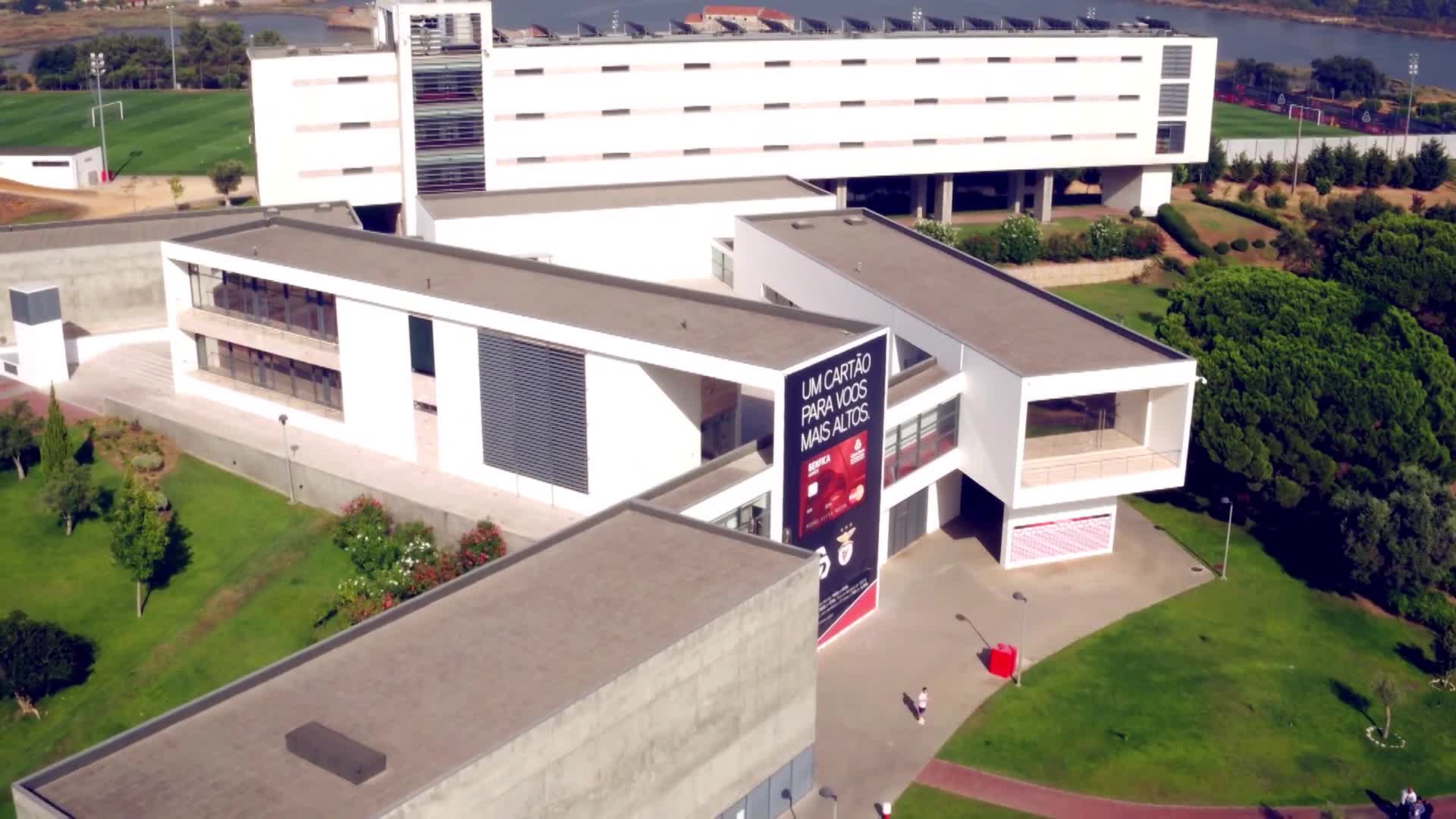 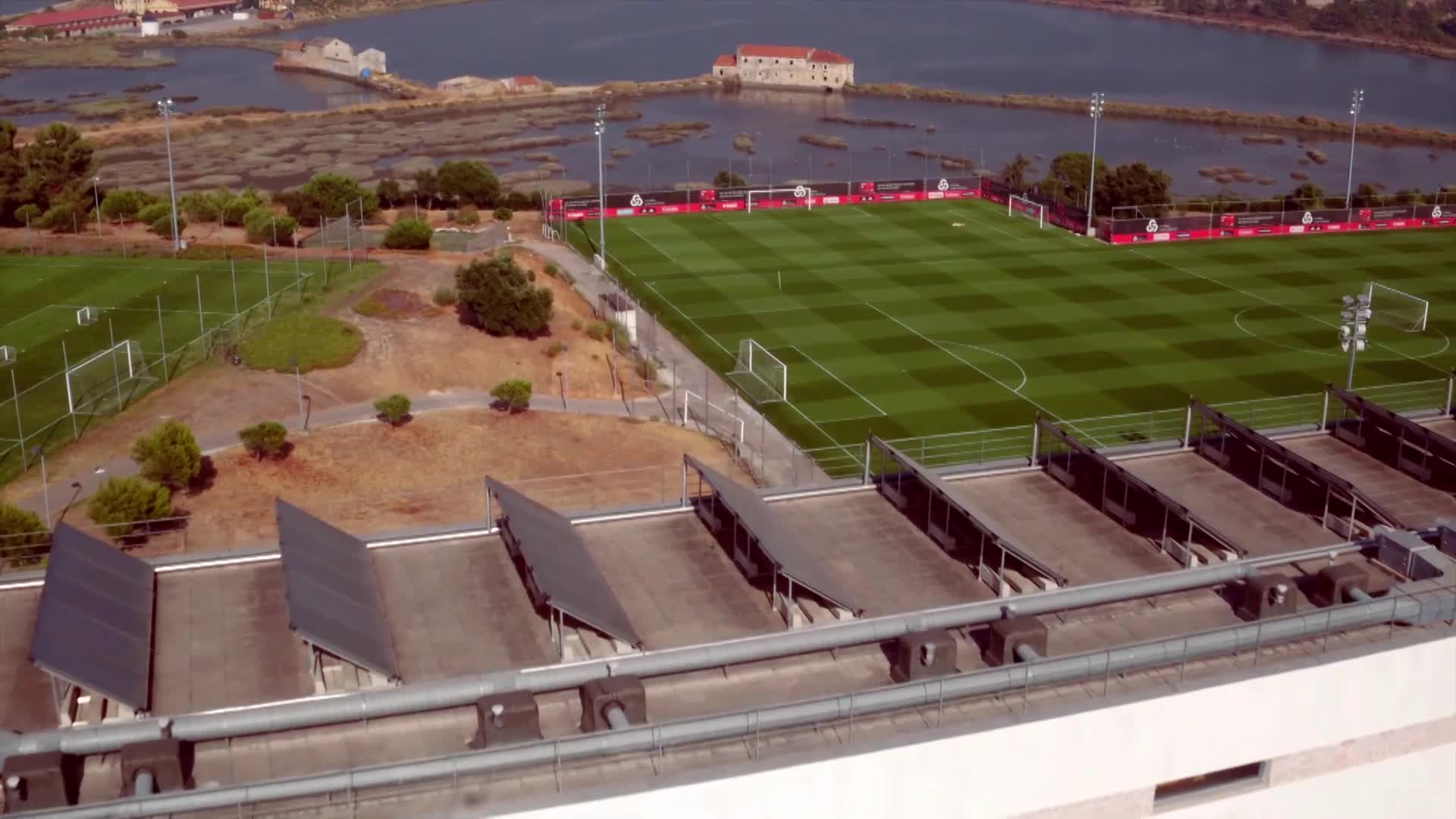 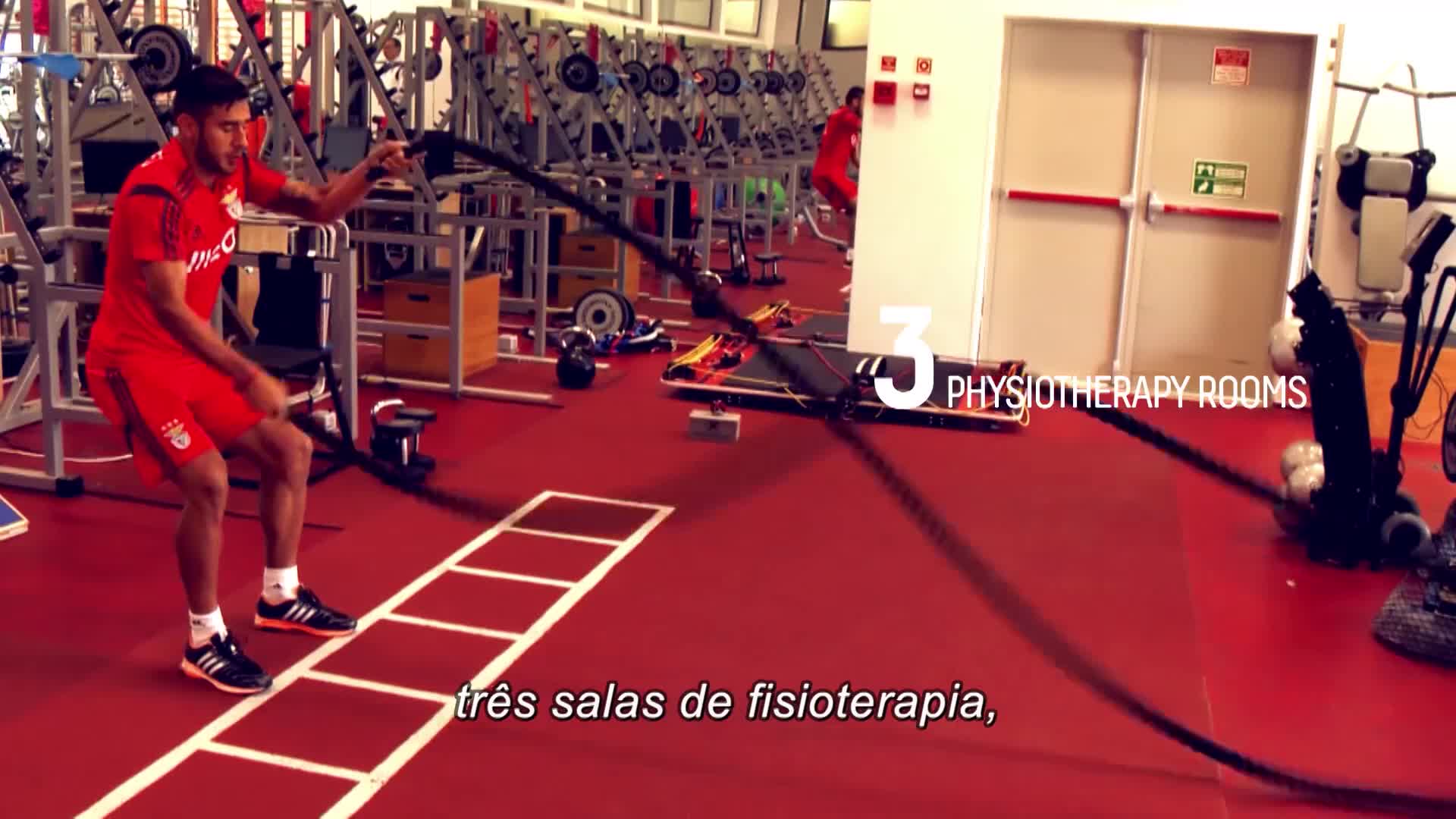 JEWEL IN THE CROWN

In recent years, football clubs in this country have cottoned on to new technology to improve the abilities of their players.

But, like Borussia Dortmund, Benfica have been at the forefront of new ideas that push the boundaries of training for years.

Youth football is a fundamental area for Benfica, with sporting, social and financial benefits."

Their most innovative method centres around the 360S simulator, a similar tool to the Bundesliga side's Footbonaut.

Designed to test reaction speeds, vision and technical execution, the player receives the ball from various points and has to aim for moving targets inside a 10-foot circle.

At the same time, robotic-like players offer a distraction by moving along the walls of each side of the cage.

Goalkeepers can also use it because the system can simulate a variety of shots that dip, curl and can be fired at them.

Current Wolves star Helder Costa, who came through the ranks at Benfica, revealed: "The 360S makes us work not only our capacity of reaction, but also our precision." 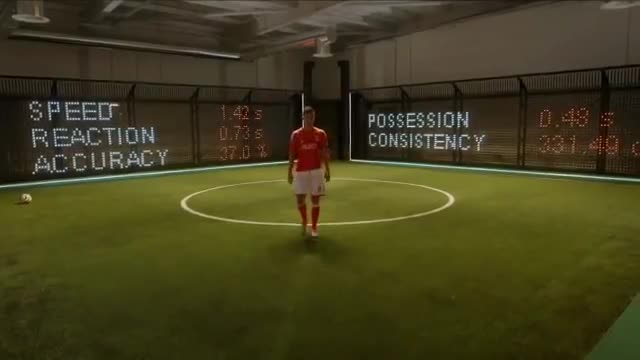 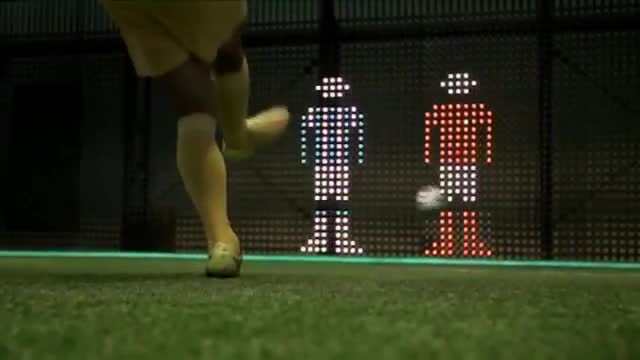 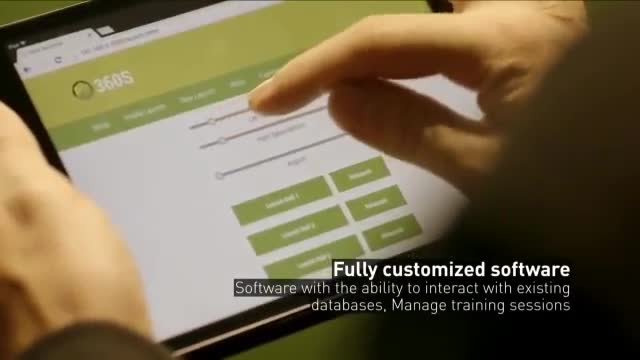 Manners maketh man, and that's exactly what Benfica expect from their players coming through the ranks.

That's why their academy has a partnership with a local school in the Seixal area, where the campus is based, and the starlets receive an academic education alongside their footballing one.

On top of that, 30 of the prospects live with host families in the surrounding community who aid the in the development process.

Nascimento said: “The mission of Benfica’s academy is to guarantee the quality of technical training and educational enrichment of its players, of all age groups, with a focus on the integration into the clubs first team, promoting human values such as respect, responsibility, solidarity, justice and tolerance.”

In recent years, Benfica have sold nearly £500m worth of talent – most of them homegrown – to the world's biggest football clubs.

Ederson, who went to Portugal as a 15-year-old boy from the favelas of São Paulo, played just 56 times for the club before Pep Guardiola paid £35m for the shotstopper during the 2017 preseason – a then record fee for a keeper.

The mission of Benfica’s academy is to guarantee the quality of technical training and educational enrichment of its players, of all age groups, with a focus on the integration into the clubs first team, promoting human values such as respect, responsibility, solidarity, justice and tolerance.”

Silva, who City added to their ranks that same year for a cost of £43.5m from Monaco, spent 11 years in Benfica's academy before the French side bought him for £14m in 2015.

Then there was the curious case of ex Swansea misfit, Sanches. Bayern Munich splashed £27.5m on the prodigious midfielder when he was just 19 years old after he had spent 10 years at Caixa Futebol Campus. 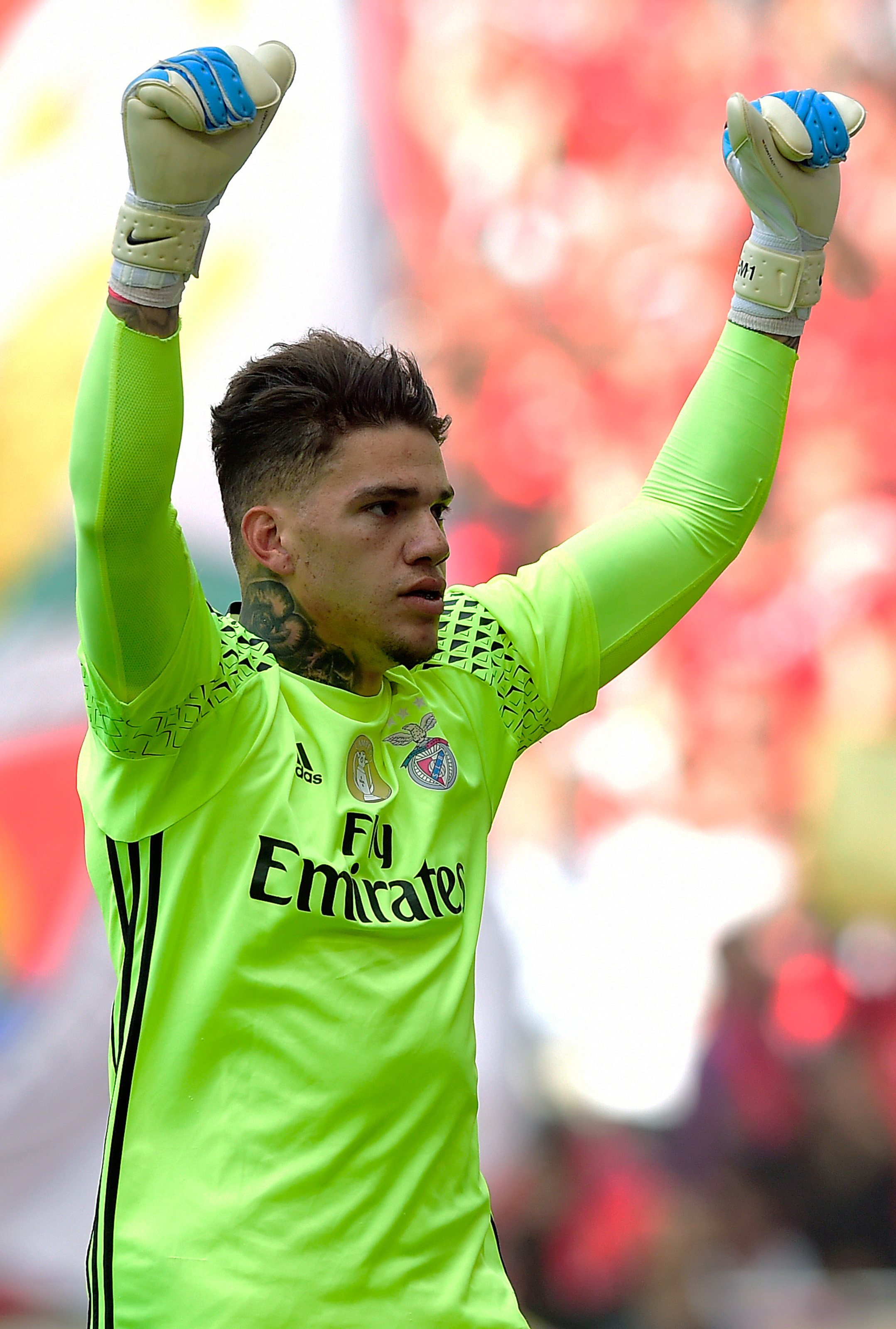 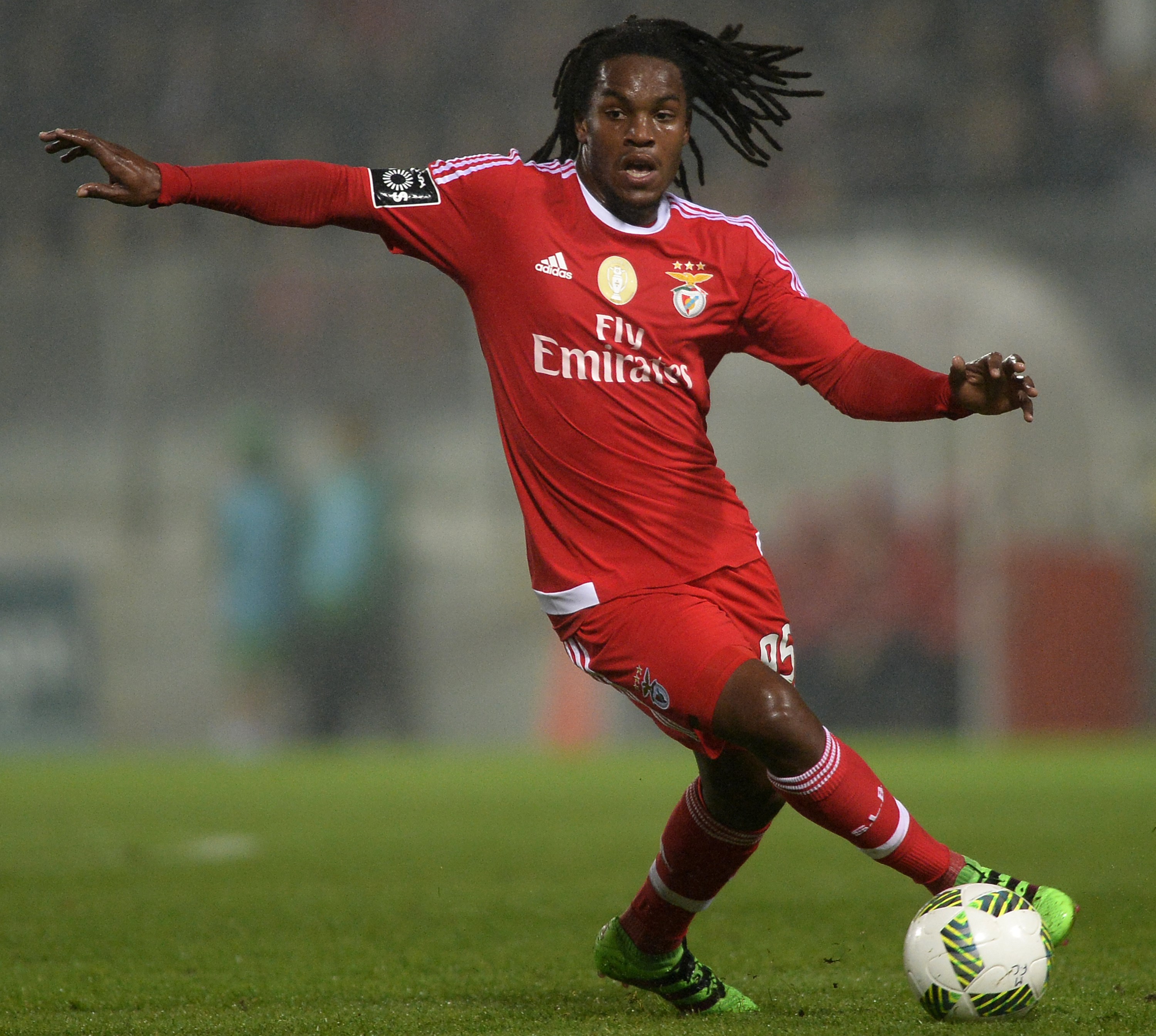 And there's more. Andre Gomes, who has been one of Everton's best performers this term, made 14 appearances in three seasons in Portugal, before Valencia signed him for £12m in 2014 as a 21-year-old.

Barcelona's marauding right-back Nelson Semedo was also a Benfica boy wonder before the La Liga giants paid £30m for him.

Currently sitting top of the Primeira Liga, Benfica are on course to lift their 37 title.

European failure, first in the Champions League (where they were faced with a difficult group that featured Bayern Munich and Ajax), and then in the Europa League quarter-final hasn't dampened their spirits.

In fact, it's given a new crop of players full of youthful swagger the opportunity to showcase their skills at the highest level. 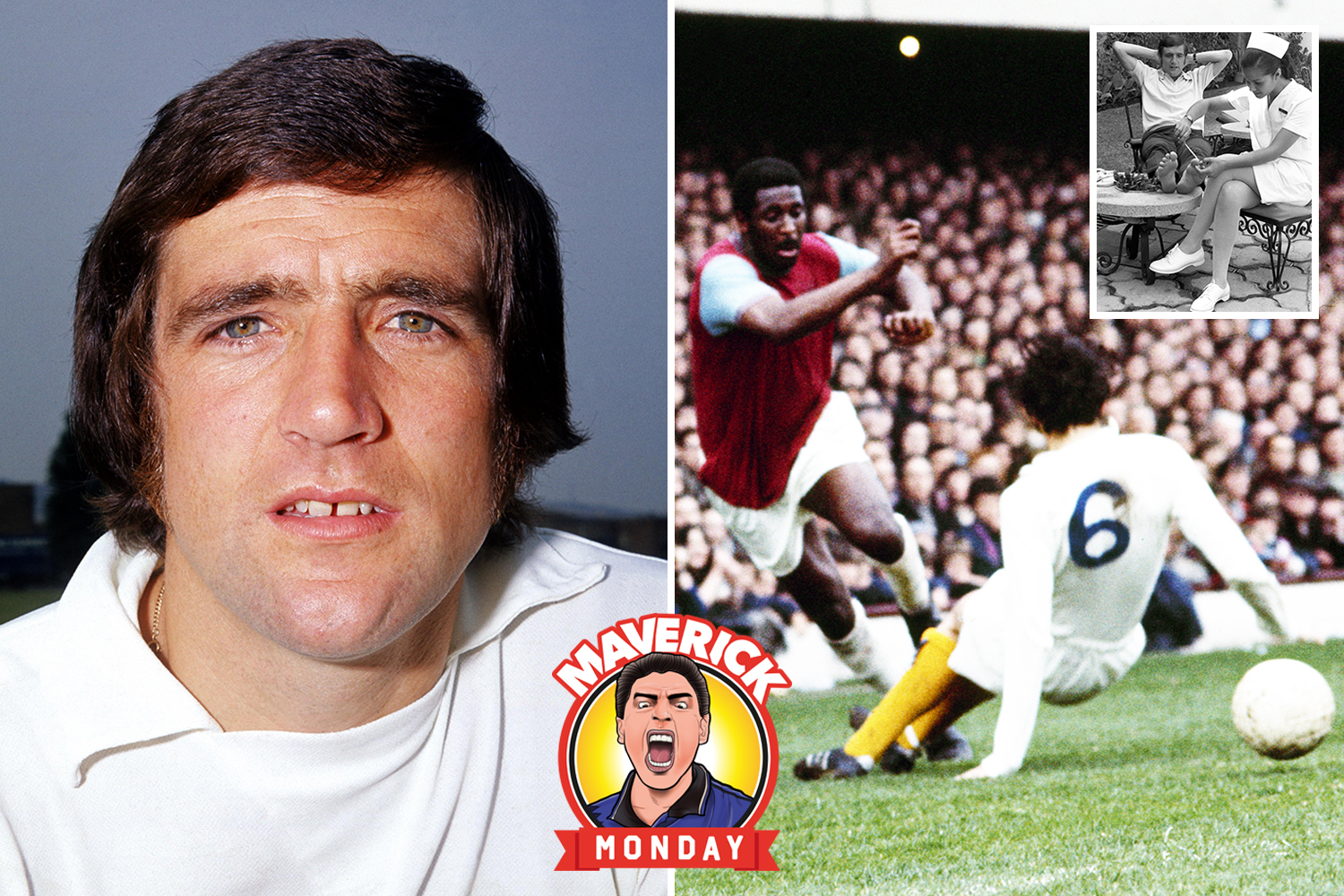 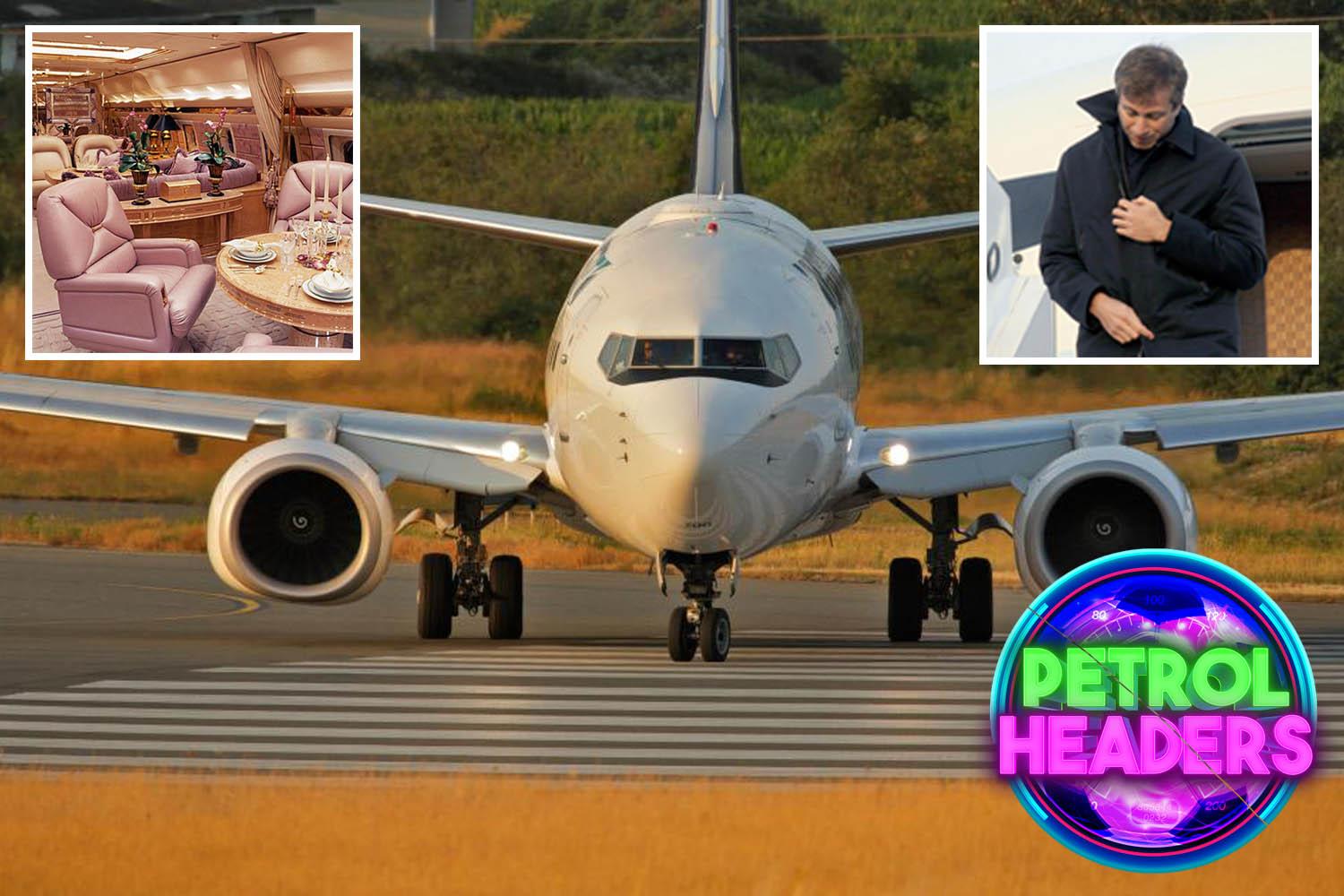 Grasping that chance with both hands has been the excellent Joao Felix, who is drawing comparisons to Portugal legend Rui Costa, and rose from the Benfica youth set-up.

His form, including 18 goals in all competitions, has meant the Red Devils are considering triggering the 19-year-old's £100m release clause.

While 21-year-old defender Ruben Dias, who has already appeared nine times for his country, is also being watched avidly by United scouts. Should they both move, you can be rest assured that Benfica's coffers will swell once again. 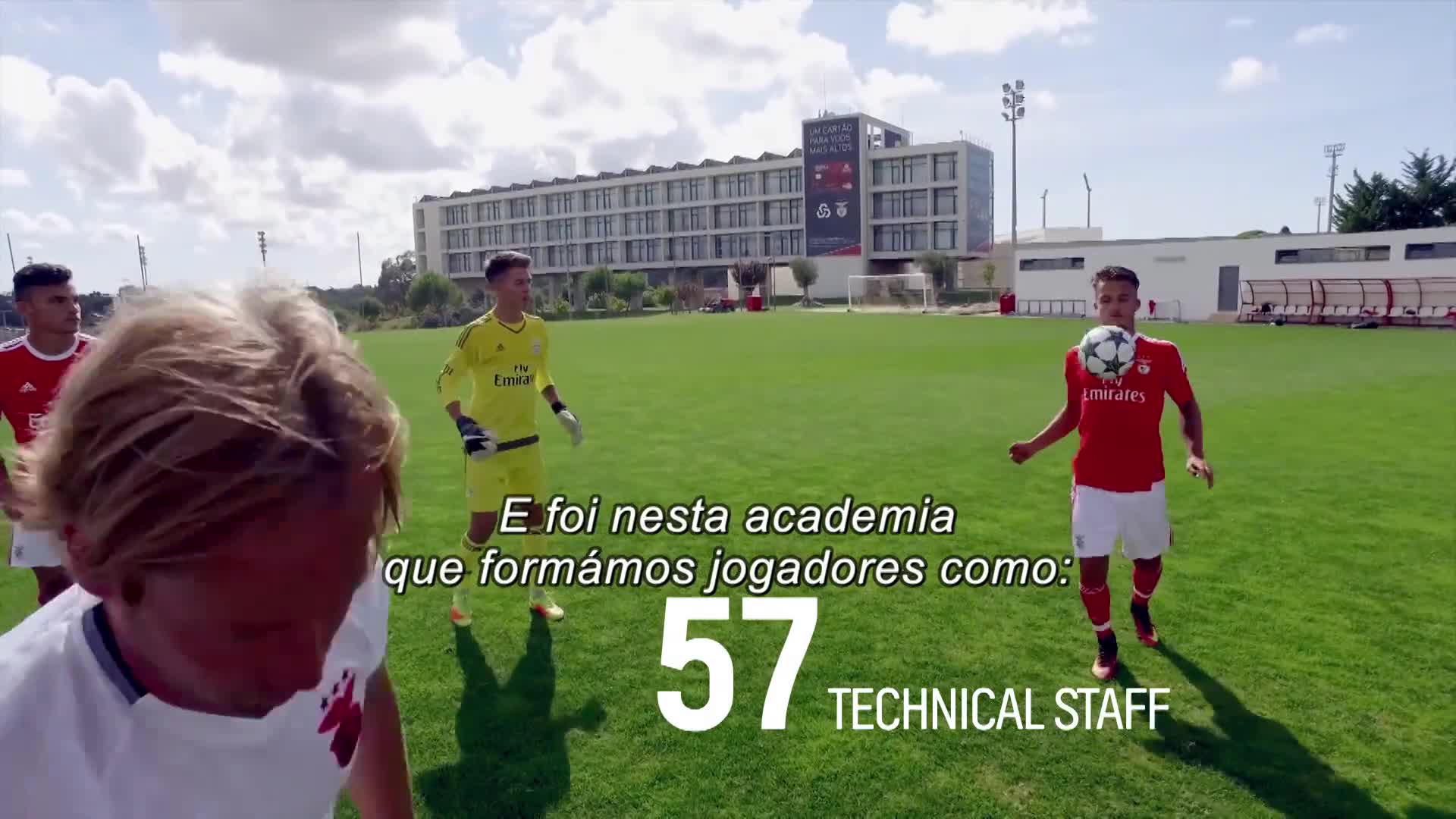 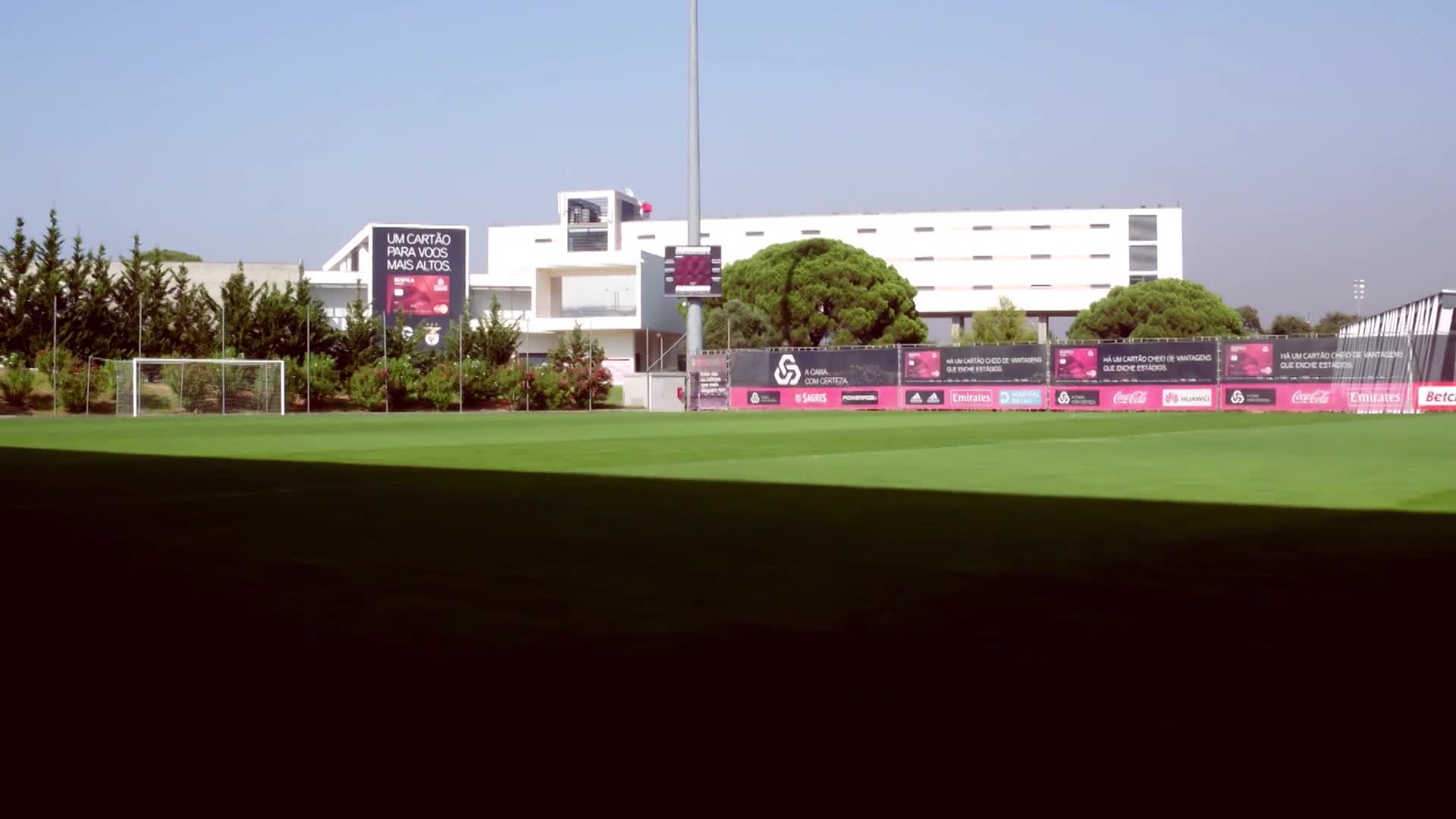 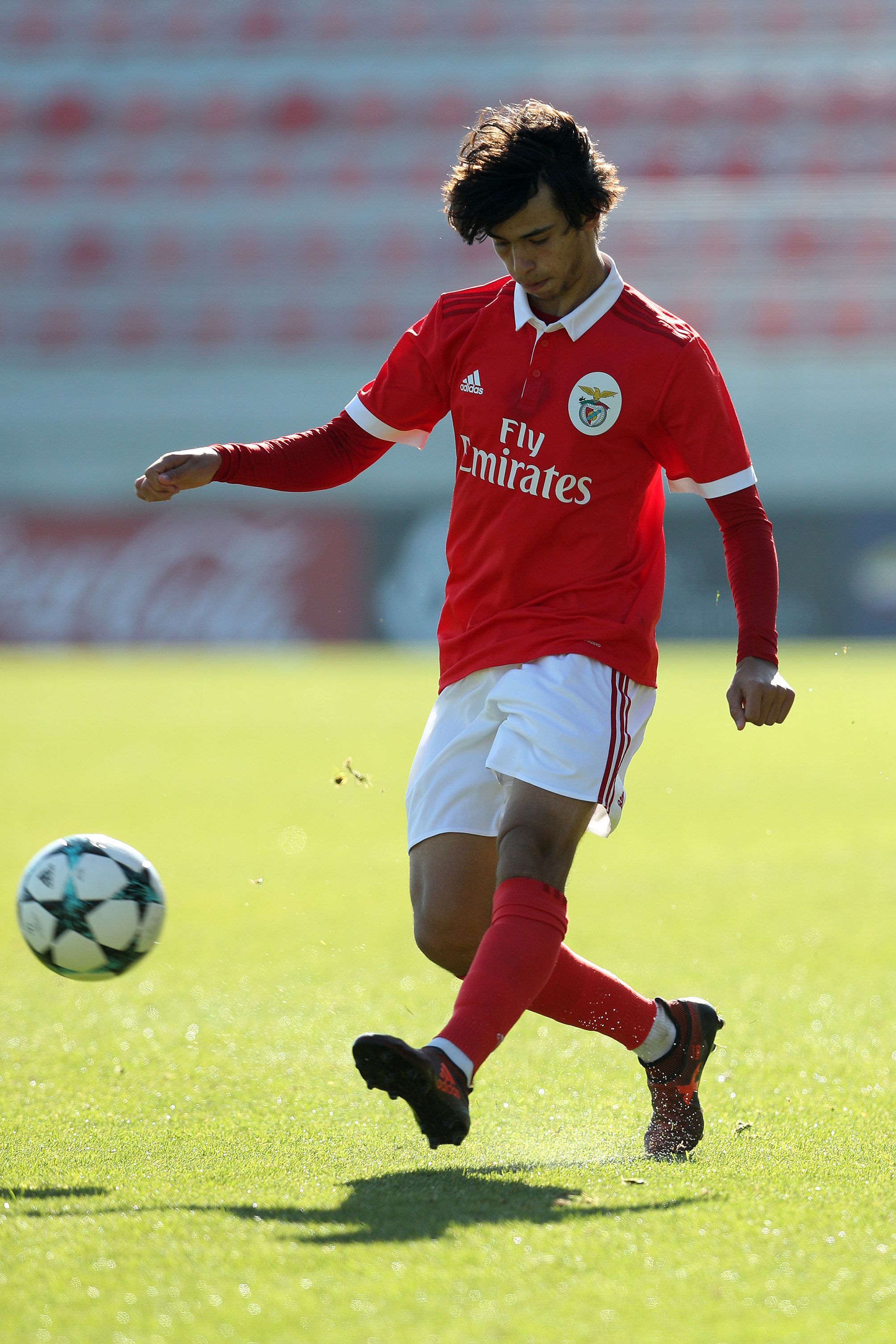