Fifteen years have passed since the last time an Australian captain lifted the Bledisloe Cup – and the Wallabies are considered massive underdogs to buck that trend in 2018.

A Matt Burke penalty goal after the siren handed the Wallabies a 16-14 win, with a late Mat Rogers try sparking the comeback. Burke's shot from the touch line ''never looked like missing'', according to Stirling Mortlock, who played on the wing that day. 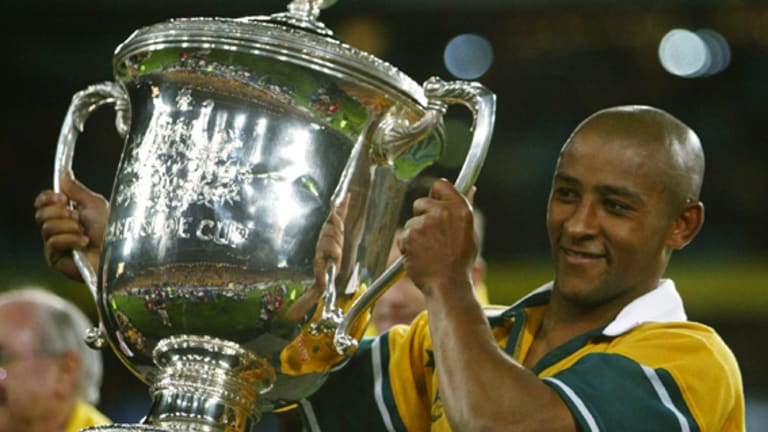 "I never thought that was going to be the last time we won," he told Fairfax Media on Saturday.

Rogers was nearly the hero, grabbing a try in the final minutes – but Burke's conversion was off the mark.

"Burkey hit the post, I think – Mat Rogers came over and whispered something in his ear about how 'that was going to be my memorabilia piece'," Mortlock laughs.

The outside back would go on to captain the side – but in 13 more appearances against their bitter rivals, managed only three wins.

Mortlock famously scored an 80-metre try in the 2003 World Cup semi-final, sending the All Blacks crashing out of the tournament – but that brief era of dominance was quickly replaced by a long period of disappointment. 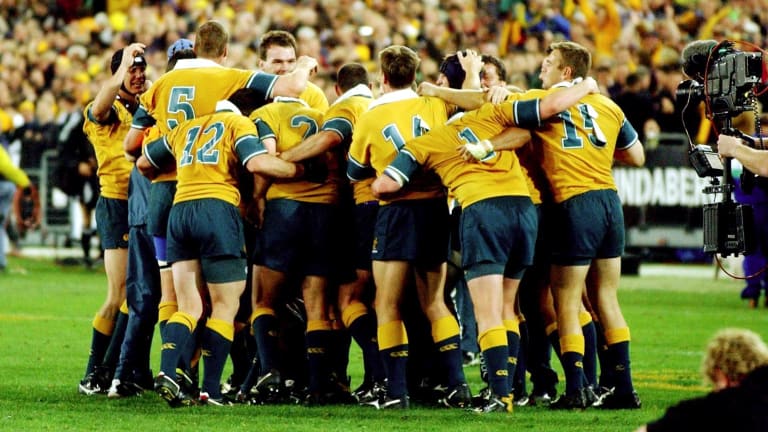 Long time between drinks: The Wallabies huddle together after that 2002 triumph.

"It certainly was frustrating … there were so many times where we felt like we were in the right shape to get it done, but unfortunately when you play New Zealand you have to play extremely well and a little bit of luck has to go your way." 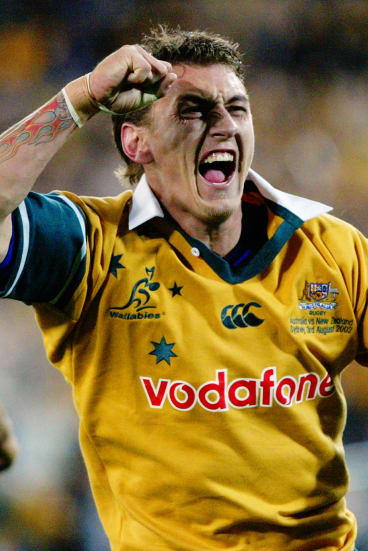 Leaving it late: Mat Rogers scored in the final 10 minutes to cut the margin to one point.

Mortlock said that for the current crop to snap that 16-year losing streak, they had to unsettle New Zealand in all facets – whether it's with an increased level of physicality and line speed, a different style of kicking, or more contested kicks.

"What you're trying to do is say 'tonight guys, it's not going to be as easy as you've had before, and we're going to show you that you're not going to dictate how this game is played'. It takes the whole collective team to have an understanding of what the game plan is, and executing and implementing it," he says.

"To beat New Zealand, even in one game, you've got to take them out of their comfort zone in a mental capacity.

"Every time we played well against New Zealand, it was on the back of them knowing that the game wasn't necessarily going to go on their terms, and they weren't going to dictate the game in it's entirety. "

Of course, with every year of self-doubt compounding on the Wallabies after another series loss comes an increased sense of confidence on the other side.

"There's no doubt in my mind that the self-belief that they have in each other and the team has held them in good stead," Mortlock said.

"They've had this incredible streak where they've been dominant on the world stage and with that comes this extreme amount of confidence that they'll win in the end. And on the flip side of that, playing against a New Zealand team that is that confident, it's very difficult to turn that tide sometimes, even if you are winning."

The All Blacks have been running downhill for so long, the slope almost feels like a cliff face at this point – but Mortlock believes that if Australia can crack them once, it could lead to an era of dominance.

"It gets to a stage where eventually the tide has to turn – and when it does you probably will get the monkey off your back, so to speak. When we do win it back, I tend to think it won't just be one – it'll be a period of time where hopefully Australia does have that ascendancy back."

Mortlock represented Australia 80 times, and was the captain on 29 occasions – from 2006 until his international retirement in 2009 – and lists winning the Bledisloe as one of the high points of his storied career.

"Playing for the Bledisloe is always a massive honour and something that you get a lot out of and to actually win it is awesome."

But what about the actual, physical prize?

"The trophy itself is just ginormous. I can't remember how many beers it actually fits … but there's nothing better than drinking out of it," he says, smiling.

"Unfortunately it's been a long time."