Jarrod Lyle did not quite make 37. His birthday would have been later this month. It's way too short a life for anyone, not least a man who brought such infectious joy to his world, and not to mention a golfer of his considerable talents.

Jarrod, of all people, knew about his mortality; he's fought the good fight since he was 17, struck down with acute myeloid leukaemia in the middle of his VCE year at Shepparton High School, halting his amateur golf career and forcing his first stem cell transplant. Seven years on, while he was making strides as a professional in America it came again, this time the transplanted cells from the umbilical cord of a baby born in Germany proving to be his saviour, and a female baby at that, which tickled his sense of humour. He won that battle, this time driven by the presence of a new wife (Briony, whom he had schooled with in Shepparton), and first-born daughter Lusi. 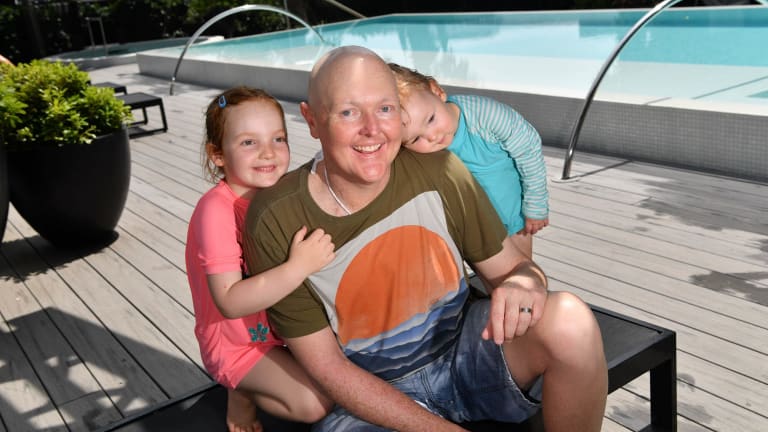 But with each recurrence his odds of living a long life diminished, and he knew that. When cancer came again in 2017, his surgeon told him it was rare for a leukemia patient to get through a third transplant. This time younger brother and fellow golf pro Leighton stepped up as a stem cell match, and the siblings found themselves one night last December in adjacent hospitals – Leighton in the Peter MacCallum Cancer Centre preparing to give and Jarrod in the all-too-familiar Royal Melbourne across the street ready to receive.

It was a moment that Jarrod could not allow to pass, and when they discovered that they could see each other through the windows of their rooms, the elder Lyle promptly dropped his strides and mooned Leighton, complete with telephone call: "Can ya see THAT?!"

Lyle had way of bringing levity to the most dire situations, even at his most sick or when personal issues that don't bear mentioning here could have overwhelmed him. He liked the idea of inspiring people suffering from cancer and other illnesses, and he talked to many of them when he was well in his role as an ambassador for Challenge, the children's cancer network. This is his substantial legacy.

His message was positive, and he was hardly ever maudlin or sorry for himself. He began writing an autobiography with Golf Australia media manager Mark Hayes and myself and a big part of his motivation to get the story out was to provide some kind of template for kids cursed with illnesses like leukaemia. The book is mostly complete and will likely still be published, but the interviews were harrowing to say the least. Mostly Lyle has a sunny disposition, but we were all blubbering one day at his home in Torquay last year when Hayes and I asked him about one of the key influences in his life, the chief executive of Challenge, Dave Rogers.

Lyle and Rogers became inseparable friends over the journey, and Jarrod described their friendship in these terms. "Put it this way, if the worst happens, I know Lusi and (younger daughter) Jemma will be all right …"

Lyle survived the third transplant and went home to Torquay after three months in hospital. He knew that he was vulnerable, though, because the renowned specialist professor Jeff Szer had needed to obliterate his immune system with the heaviest chemotherapy and radiotherapy he had ever been subjected to in preparation for the transplant. He was also on a boatload of drugs to guard against his body rejecting Leighton Lyle's stem cells. 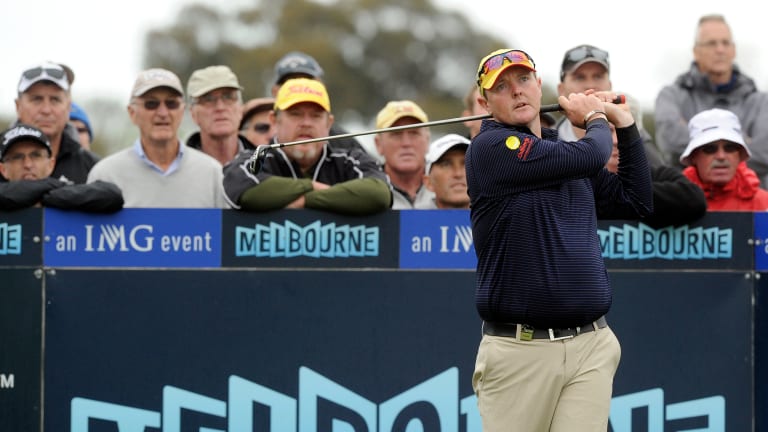 Jarrod Lyle on the golf course in Melbourne in 2013.

He had only just started thinking about golf again, maybe a tournament return next year, even only to say that he could. He'd not been a great player, but he was blessed with a rhythmic swing and no major weaknesses, and he'd been good enough to win twice in America, finish fourth in a main tour event, and ace the famous 16th at TPC Scottsdale in Arizona in 2011 before tens of thousands of raucous fans, his single-greatest moment. He could never have toured again surely, but it was plausible that he could play some golf; plus, with his natural wit, he had an eye on golf commentary.

Then the downturn came. It is the cruellest irony that Jarrod died cancer-free; it was an autoimmune condition that doctors could not properly identify or treat that left him finally beaten, half-deaf and barely able to talk. When Hayes visited him a week or so ago, mostly to say a difficult goodbye to an old friend but also to tape an interview for the final chapter of the book, there were family and friends in the room and buckets of tears as he recounted what were his dying days.

It was heavy going, and there were lots of tears as Hayes related it. Then, a piece of pure Jarrod Lyle. Sensing the mood was blackening, he dropped in a one-liner about the number of orifices into which he'd had medical instruments inserted over the years. The room broke into uproarious laughter, just as he wanted.

That was Jarrod, father, husband, golfer, hero in some ways. Gone too soon, not to be forgotten.