The day was pure Indian summer but it felt like spring for Joe Root's captaincy. At 5.40pm England's leader bounced down the pavilion steps under a clear blue sky to savour a personal victory over Virat Kohli.

Well, not a personal triumph so much as an England series win over the world's No 1 Test team. But Root will look back on his duel with Kohli as a career highlight. In a chaotic, compelling four-Test sequence, Root made big calls and took big punts to outsmart the formidable Kohli, eight months after Steve Smith's Australia steamrolled England in the Ashes. 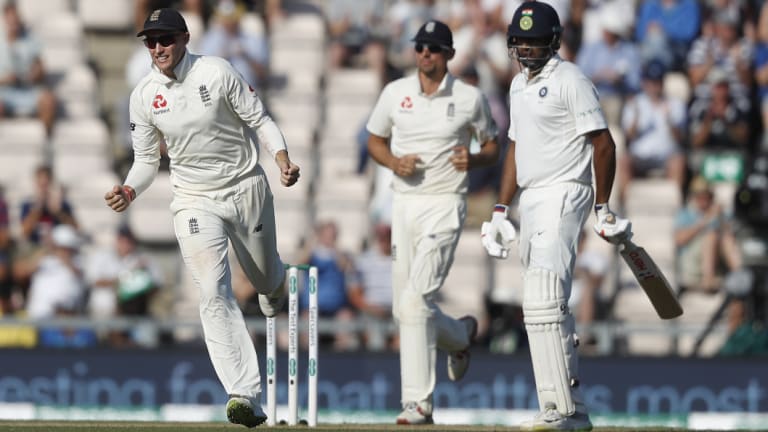 Victor: England captain Joe Root celebrates another wicket on the way to his most satisfying series victory as leader.

Vindication was at hand for Root, even if his batting still lags behind Kohli's patient, steadfast adaptation to English conditions. Only Rahul Dravid, with 602 in 2002, has scored more runs for India on a tour of England. On this fourth day of combat – a mix of dreamy and intense – Kohli threatened to level the series with another highly-concentrated innings of 58 before falling to an Alastair Cook catch off Moeen Ali. That wicket opened the way for Root to complete his most satisfying series win and impose his will for the tours of Sri Lanka and West Indies.

Who could begrudge him his day in the sun? Root assumed the leadership in February 2017 aged 26 after only four first-class matches as captain. At the time Jimmy Anderson referred to him as "a really impressive young man".

His rivals in the current pantheon – Smith, Kohli and New Zealand's Kane Williamson – all improved their averages after taking charge. Root has gone the other way. He has not scored a Test century for more than a year but has strengthened his authority over a team with big names and strong characters: Anderson and Stuart Broad in particular.

Dropping himself to No. 4 for England's second innings was a highly unusual case of a captain changing his role mid-match. If India had chased down the 245 runs England set them, Root would have been scolded for moving Moeen Ali up from seven to three on Saturday. Not that it harmed England's chances. The accusation would have been that Root had panicked or placed his own needs ahead of his team's. Yet Root averages 50 batting four and 40 coming in at three and has made no secret of his wish to drop a place. The difference is that this time he acted on it – halfway through a tight contest. 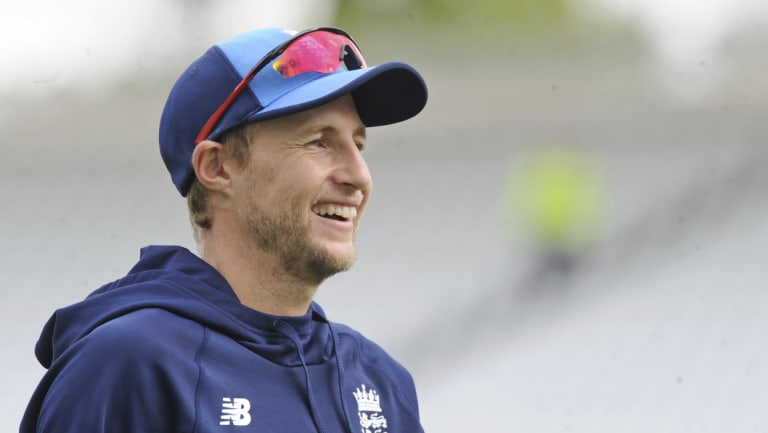 Indian summer: Joe Root seems to have grown into the captaincy.

Root also locked antlers with Jonny Bairstow over the wicketkeeping job – warning him before the match that "you can't always have what you want" – and stood up to Broad and Anderson over field placings. "I've always felt like I've been in charge," Root smiled after England's 60-run win. "I know it might not always seem that way with those two guys in particular. But you're always trying to work things out and find a level playing field.

"Ultimately, every one of those guys involved in the squad – their whole aim is to win a game of cricket for England. And when you have that understanding across the board and there's no selfish people within a team it makes it very easy. To have a group of people who play in that manner is a delight as captain.

"There have been times when there are certain frustrations you have with certain people when you're out on the field, but that's part and parcel, and probably why they are where they are, because they're so strong in their mind of what they want and what they've achieved beforehand."

It remains too early to know for sure whether Root can keep Ben Stokes under control, manage the twilights of Broad and Anderson (when they come), handle Cook's decline and solve the alarming shortage of specialist batsmen. Nor is there any guarantee he will climb back where he belongs alongside Kohli and co in the Test century table. But it can only help that he has seemed more assertive in this series, except when it comes to haircuts. On that front, Test Match Special reported, Root allowed Stokes to test out his barbering skills on the captain's barnet, and paid a heavy price, aesthetically.

At the same time Stokes delivered for him with patient batting and effective reduced-pace swing – another tick for the captain, who was accused of rushing Stokes back too quickly. If an English cricket fan could script their own dream, it would look a lot like this Sunday in Southampton. Root said: "Test cricket is still alive and kicking." So is his captaincy.