A tough day has seen Canberra golfer Brendan Jones slip down the Japan Open leaderboard, but he's still within striking distance of leader Yuto Katsuragawa going into the weekend.

Jones shot a three-over 74 on the second day at Yokahama Country Club on Friday and was four shots behind Katsuragawa.

Katsuragawa finished six-under for the round to drop to eight-under overall and hold a one-shot lead. 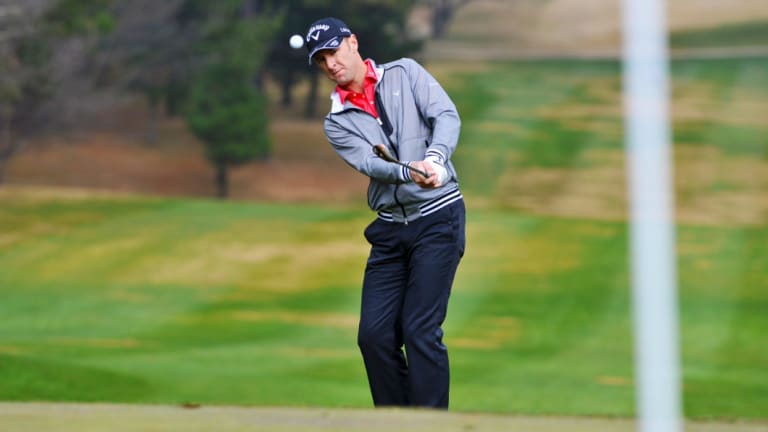 Canberra’s Brendan Jones let his Japan Open lead slip, but is still in the running.Credit:Graham Tidy

Jones was equal leader after the opening round, with the winner of the Japan Open earning a spot in next year's British Open.

The 43-year-old started well with a birdie on the par-five fourth hole, but struck trouble on the eighth with a bogey.

He also bogeyed the 11th and then dropped two shots on the 16th to be tied 11th.