Kobe Bryant was one of the most popular athletes in Beijing when the 2008 Olympics Games were staged in the city. Now one of the greatest players in the history of basketball is currently back in the Far East as part of the FIBA Basketball World Cup draw.

Bryant, the global sporting icon and FIBA Basketball World Cup 2019 ambassador, spoke to FIBA on the eve of the draw.

How has it been being back in China?
It’s great to be back here. I try to come back here every summer, but this time it’s a little more special because of FIBA and my being an ambassador and what that represents. It’s exciting.

You’ve always been popular here in China. Why is that?
I’m not sure. I started coming here really early. It was maybe 1997 or 1998 before anybody understood what this market could be or would become. I just simply came out here because there was a passion for the game. A lot of kids had a passion for playing basketball and I would just do clinics. They grew and grew, and here we are today. But it was just because the kids really enjoyed playing the game of basketball.

You say the sport is growing here all the time. How big is it now for an event like the World Cup to come to China?
Oh it’s huge. It’s a great testament of how the country has grown and how the sport has grown in popularity here. 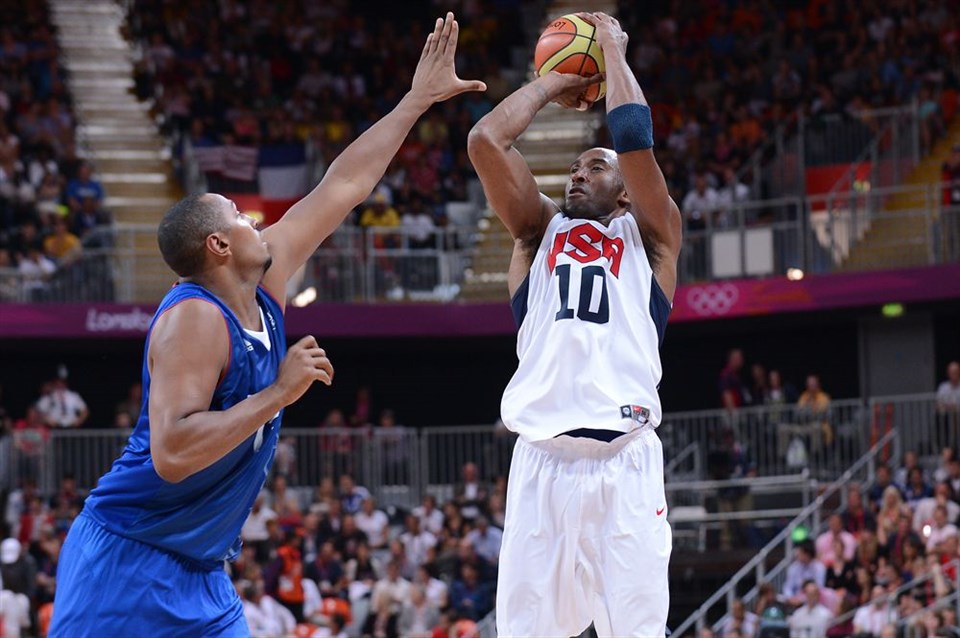 Going into it, it’s fair to say the USA are the favorites. Do you think there’s any team that can challenge them or cause them problems?
I do, but it’s such a short window of preparation of time, so generally you look at teams that do really well in this type of tournament or teams that have played together since they were 9, 10, or 11 years old and kind of grew up in the club system. It’s just such a small window to really get together. USA does a really good job because guys know each other relatively well, and since we got our butts kicked a few years ago, we understand the significance of checking the egos at the door and playing for each other. That being said, it’s going to be tough to knock off the USA, but there are other teams out there who have the opportunity to do so.

How do you find it going from a franchise environment to the international environment? You mentioned there’s not much time to jell with your teammates.
I had to do a lot of research. As NBA players, you make the mistake of assuming that if an international player is really good, he should be in the NBA anyway so I’ve seen him. What I told the guys is that’s just not the case. There’s a lot of guys out there who should be playing in the NBA that just chose not to, and you don’t know anything about them, but they know everything about you because they can see you play every night. We don’t have the advantage so it required a lot of reading and a lot of studying up on these guys who you’ve never heard about before. And then you watch the film and you’re like, ‘Oh my God! We need to draft one of these kids!’

You say that there are a lot of international players who can play in the NBA. Is there anyone you wish could have been on any of the Lakers teams when you were still playing?
Well there’s a player from back in the day that I played against who I wish I had on my team. His name is (Dimitris) Diamantidis from Greece. I love and wish I had him. His length and his size, and what he could do defensively, I would have loved to have another player on the wing who could harass little point guards. 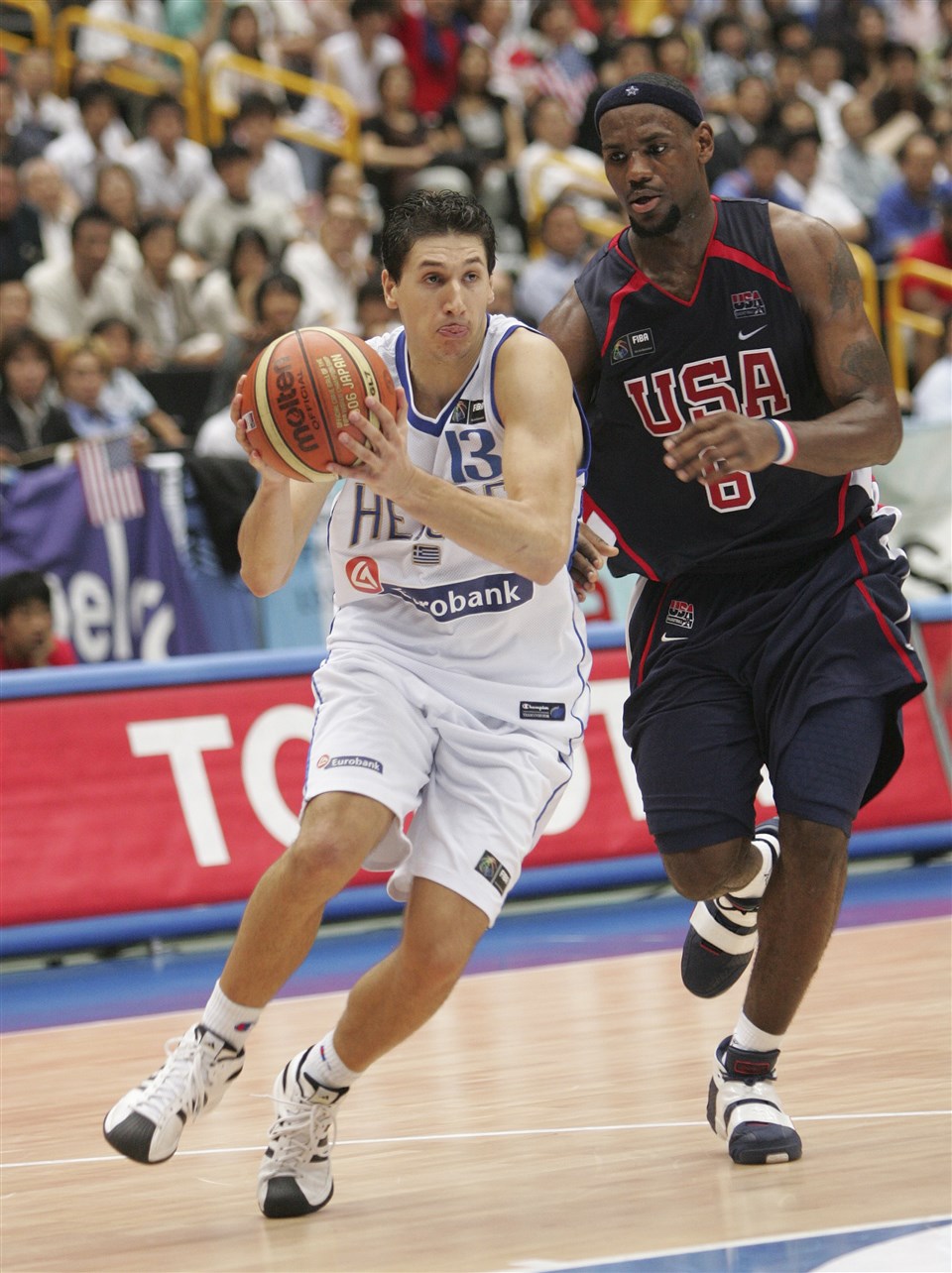 Are there any other players you are particularly looking forward to seeing at the World Cup?
Well, not team perspective but Australia is an interesting one for me because they have a tremendous amount of talent, and I’m looking to see how well that talent can jell together.

You once called former Lakers teammate Pau Gasol your brother. He’s seventh on the all-time scoring list at the World Cup and can get into the top five if he plays anywhere near what he’s capable of in China.
It would be a huge honor. He’s so passionate about playing for his country, and like I said, he and his guys have been playing together for a very long time. They grew up together. Personally, I know it would mean the world to him. As his brother, as his friend, it would probably mean more to me. It would be a great accomplishment.

You’ve had a different upbringing to many of other players in the NBA, living in Italy. Do you think that gave you an advantage going into the league?
It gave me a huge advantage actually because when I grew up playing overseas, I was learning the fundamentals of the game. I wasn’t learning the between-the-legs, behind-the-back stuff. I was learning just tactical things like moving without the ball or making the fundamentally sound passes, left hand, right hand. How to use the angle on the bank shot. How to hide behind screens – just all the tactical things. We would have been lucky to scrimmage and play once a week. We’d be really lucky to do that. I think it gave me a huge advantage, so when I came back to America, the kids didn’t know how to do that. And you couldn’t learn to do that in one day or one week. That stuff had to be taught over years whereas between-the-legs and behind-the-back, I could learn that in a week.

Do you have any memories of watching the USA at that early age?
My first recollection of watching the USA was going into the 1984 Olympics when our collegiate team did about 3 or 4 games versus NBA talent. That was my first memory of watching USA basketball play and watching a young kid named Michael Jordan fly all over NBA All-Stars. That was pretty fun.

“PAU (GASOL) IS SO PASSIONATE ABOUT PLAYING FOR HIS COUNTRY, AND HE AND HIS GUYS HAVE BEEN PLAYING TOGETHER FOR A VERY LONG TIME. THEY GREW UP TOGETHER.”- Bryant

NBA players first took part in the World Cup in 1994. What struck you about the potential for international basketball at that time?
I never thought there was a shadow of a doubt whether or not international basketball would be the wave of the future. I saw it first-hand growing up. I saw the passion for the sport, so it was always just a matter of time.

What would be your historic starting five for the USA for any team?
I’d go Magic Johnson, Michael Jordan, Larry Bird, Hakeem Olajuwon, and Kareem Abdul-Jabbar.

When you stand before greatness you point and you smile. @kobebryant #mambamentality in the flesh. #96 #starbury pic.twitter.com/8UCYCEG4Xr

How are you feeling about the draw coming up? Is that something you’ve done before?
Actually no. I would say I feel nervous but I don’t. I think things will be just fine.

Have you had any practice picking balls out of a pot?
I have not, but if I can’t do that, then you know… I think should be alright. It should be a great event.