The Leeds striker, 25, is enjoying a cracking start to the season under boss Marcelo Bielsa. 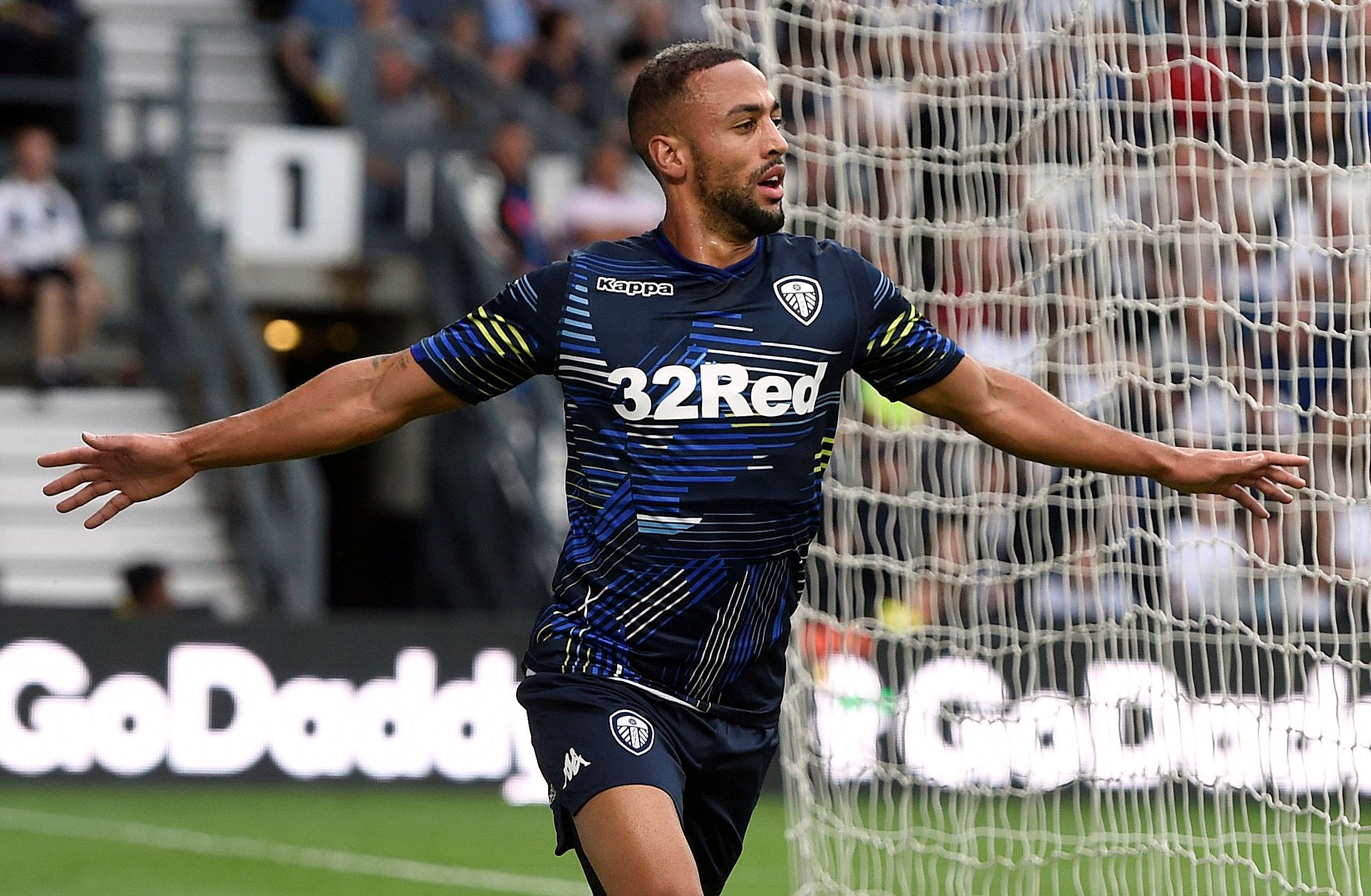 And he was brilliant scoring two goals last weekend as Leeds hammered Frank Lampard’s Derby 4-1 at Pride Park. But it is all coinciding with other family success.

He said: “My brother Alex is so creative. He’s good at making stuff and runs his own clothing brand.

“We signed up my little girl to a modelling agency. This week she was doing a TV commercial for Aldi. She’s done JD, Next, Speedos. She enjoys it.

He said: “Jorja is doing well. She got her love for soul from her parents. Her mum is my mum’s sister and the whole family have grown up listening to soul.

“I always remember when we were together in the kitchen, cooking, that is the music we’d listen to. I’m so happy she is getting recognised now. The music industry is difficult.

"It’s hard for me to reach her nowadays because she’s in and out of the country. But she is fully aware of what I’m doing and happy for me too.”

But talent alone, as Roofe knows, is not enough to succeed. You have to do the hard work too.  And the Leeds ace has never lived in a comfort zone.

He and his team-mates are being pushed to the limit by new boss Bielsa. But that has always come naturally to Roofe.

From moving to Iceland as a West Brom teenager for a loan spell to dropping into League Two at Oxford to press the reset button on his career, he has never been afraid of a challenge.

He told SunSport: “In League Two, it wasn’t easy. You quickly learn how important it is to win games.

“Some people actually pay bills with their win bonuses. If you don’t win, there isn’t anyone in the dressing-room smiling or joking or saying, ‘Oh, there’s always the next game.’ In those lower divisions, losing actually hurts people and affects lives.

“When you look at the vast amounts of money in the Premier League – and some extent the Championship – people think all footballers get paid a lot. But there’s a different side. In League Two, it’s dog-eat-dog. You must work for your money by getting results.”

That is the exact attitude Bielsa demands, nothing comes easy. This summer, he put players through gruelling training sessions but universally Leeds players are saying they have never felt fitter or better.

Roofe thrives outside comfort zones. When he was 18, West Brom loaned him to Vikingur Reykjavik.

He explained: “West Brom had a recruitment guy who had connections in Iceland. It was decided it would be a good opportunity for me to experience a new culture and get game time.

“I went with another lad, Cameron Gayle. It was semi-pro football and different to what I was expecting, especially coming from West Brom.

“We were given a house to stay in and a car to drive ourselves to training. It was new to us – driving on the other side of the road, 24 hours of daylight, the food, everything.

“I learned to grow up. It was the first time I lived away from my parents and had to fend for myself in a foreign country.

“I’m the type of character now who is fine with living outside my comfort zone. I don’t rely on anybody or anything. I try things and can adapt quickly.”

Roofe went on more conventional loan spells in the EFL with Northampton, Cheltenham, Colchester and Oxford. And the striker revealed that, while at Northampton, he was inspired by “The Beast” – Adebayo Akinfenwa.

He said: “Akinfenwa looked after me. He was such a funny guy. I wouldn’t say he was a ‘friendly giant’ because when that guy gets angry, he gets angry!

“But I watched how he did things. As a big, strong guy, he played to his strengths and is good at what he does. He was technically very good too.

“I liked though how he managed his day and observed his work ethic, which was great.”

Roofe reads books to help him understand what is required to be a top footballer.

And he said: “I like reading autobiographies. Kieron Dyer and Joey Barton are two recent ones I’ve read. I like to know what made other people successful or even unsuccessful.”

It has been a whirlwind three years for Roofe since he decided to leave West Brom and sign for Oxford permanently.

In his season at the US, he shot to prominence with his two goals that knocked then Premier League Swansea out of the FA Cup. He scored 26 goals in 49 games and played at Wembley in the Football League Trophy final.

It prompted Gary Monk to take him to Leeds for a reported £3million. And last season, then Leeds boss Thomas Christiansen converted him from a winger to a No9.

But under Bielsa, he is looking the real deal.

However, Roofe is staying level headed, not just about himself but the whole excitement around Leeds’ impressive start to the season.

He said: “It’s important not to get carried away. Winning the first two league games will count for nothing unless we can maintain it for the entire season.”