Celebrity Terriers fan Sir Patrick Stewart was there to see Mathias Zanka Jorgensen give the visitors a fifth minute lead. 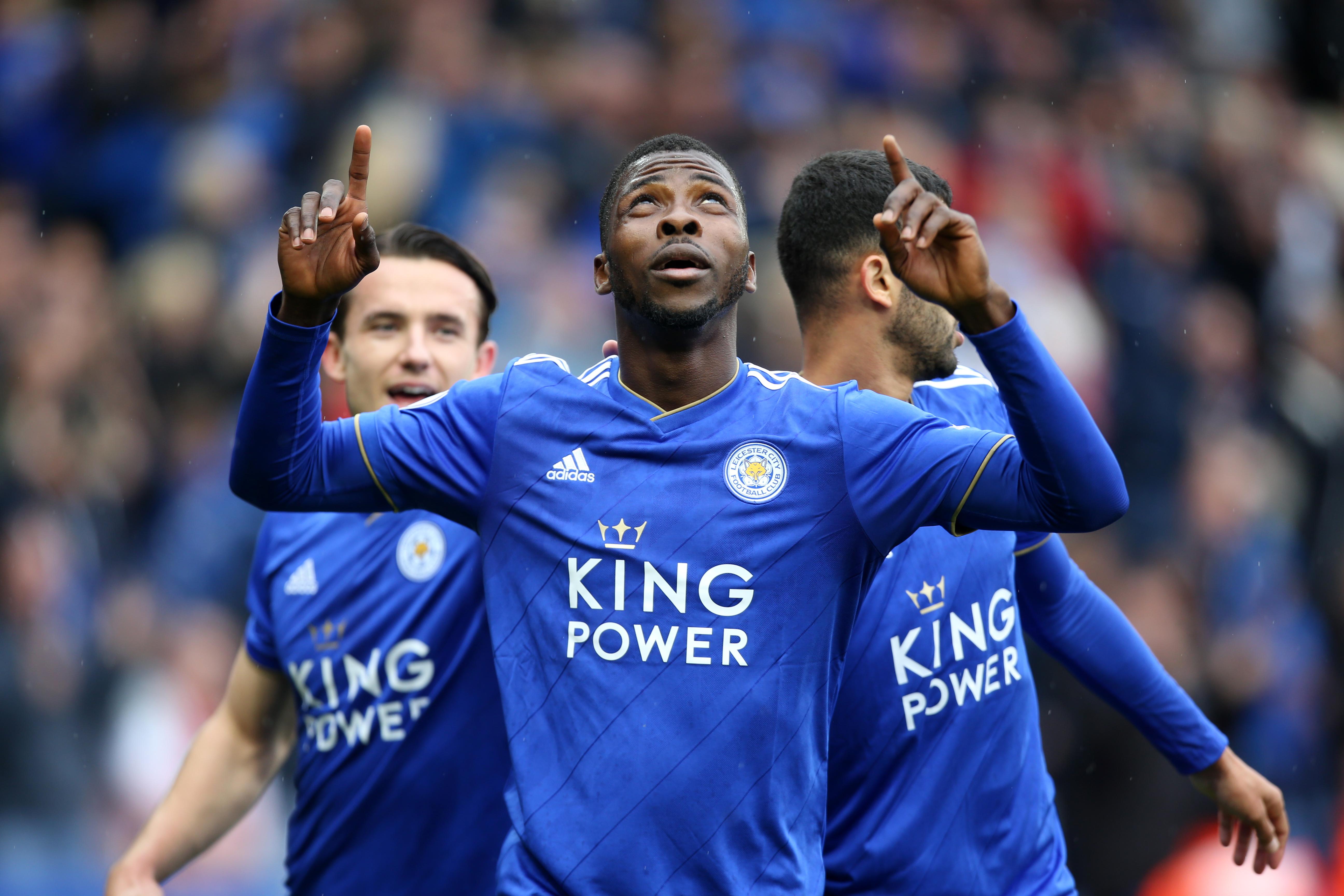 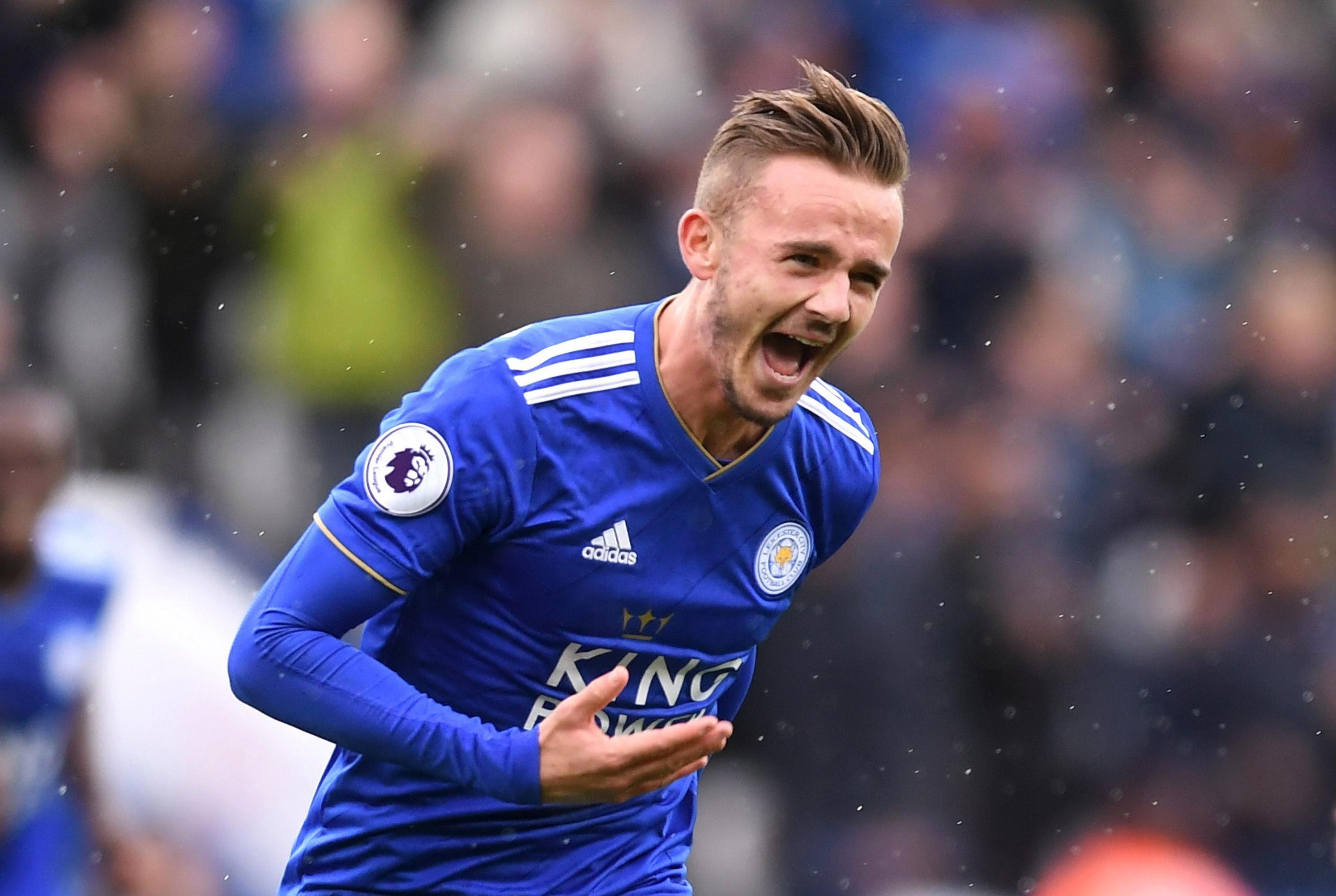 But Kelechi Iheanacho equalised 14 minutes later and second half goals from James Maddison and Jamie Vardy underlined why the Yorkshire club will be most people’s favourites for the drop this season.

Stewart, in his role as captain Jean Luc Picard, would have revelled in the space Hudersfield’s defence gave Vardy, Iheanacho and Co!

Yet it was Leicester’s defence which looked suitably embarrassed at how they conceded such a sloppy opener after five minutes.

They had good reason as it was caused by a hat-trick of avoidable errors.

Jonny Evans was then caught on his heels, allowing Mathias Zanka Jorgensen to poke his shot towards goal from eight yards. 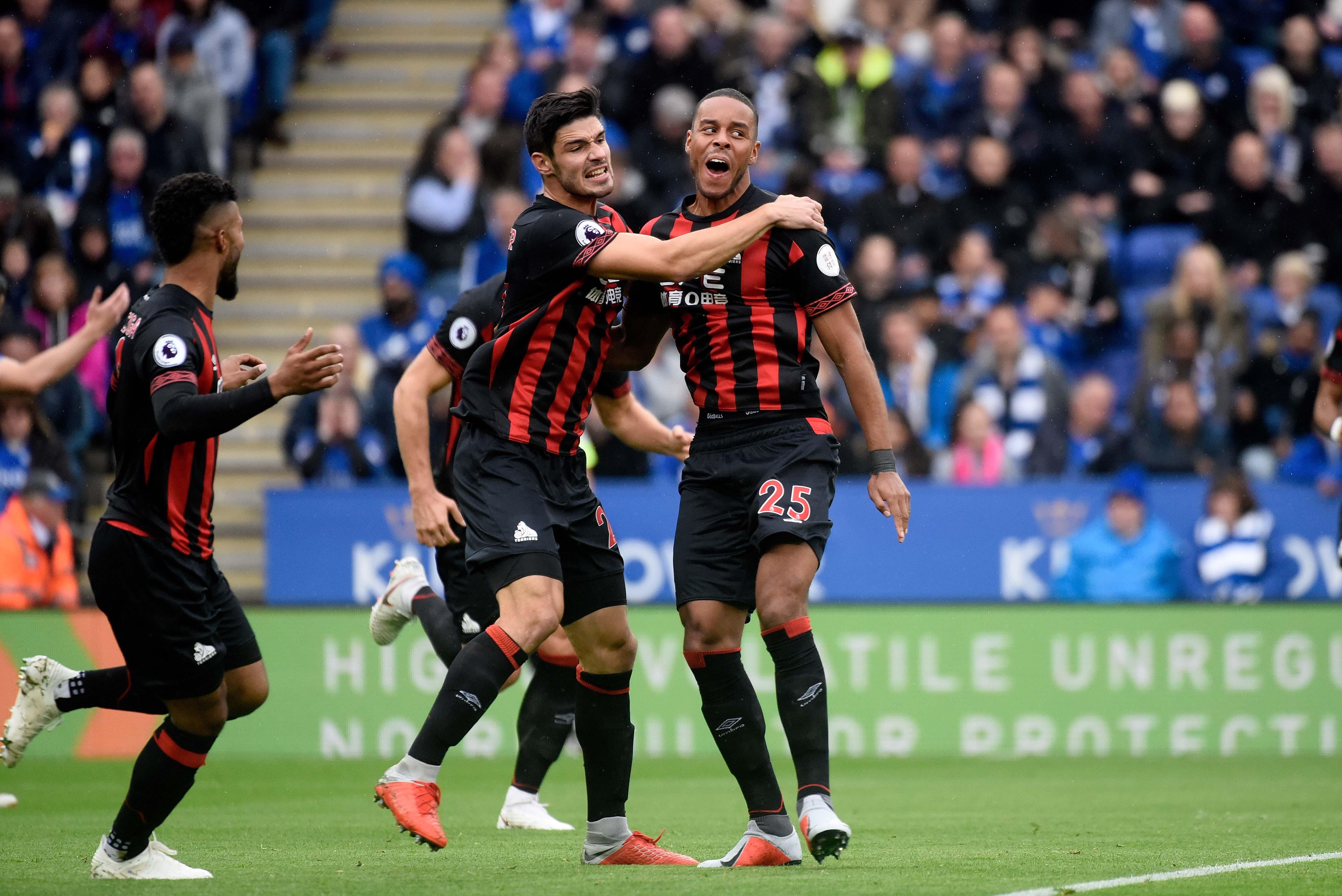 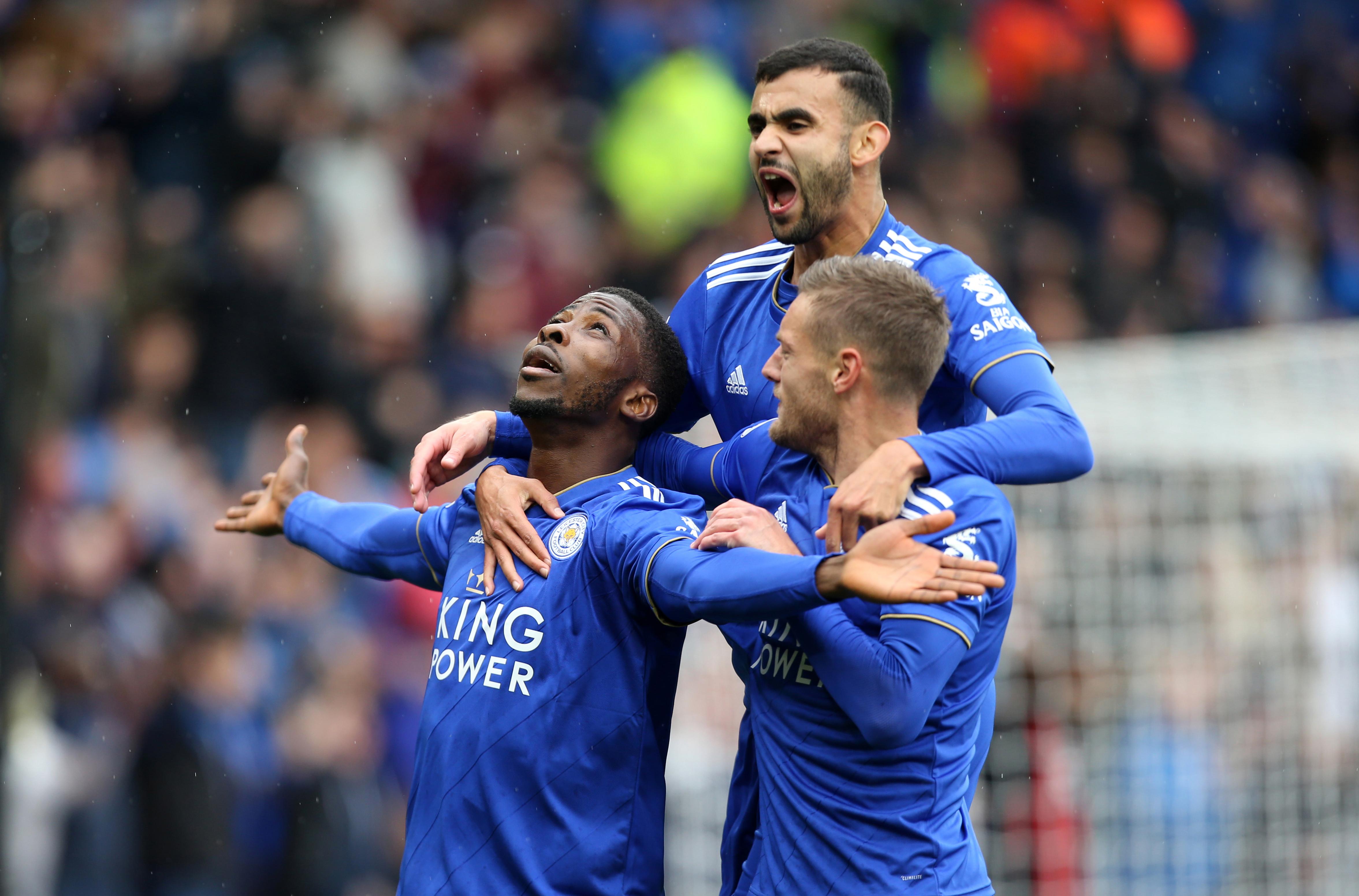 And Kasper Schmeichel will feel he should have got a stronger hand to the ball to prevent it creeping over his goal line.

However Huddersfield didn’t care as they celebrated only their third goal in seven games this season.

Their cocky fans chanted: “How s**t must you be? We’re winning away,” which seemed a risky business considering they have yet to win this season and had clocked up NINE previous Premier League games without a win at kick off.

Make that 10 now – as Leicester had the last laugh long before the end.

Unfortunately for boss David Wagner his side failed to build on their excellent start and only managed to hold out for 14 minutes before the home side recovered from the shock of that early setback.

The Terriers only had themselves to blame as they failed to live up to their nickname – failing to win two 50-50’s in the build up to Kelechi Iheanacho’s first Premier League goal of the season. 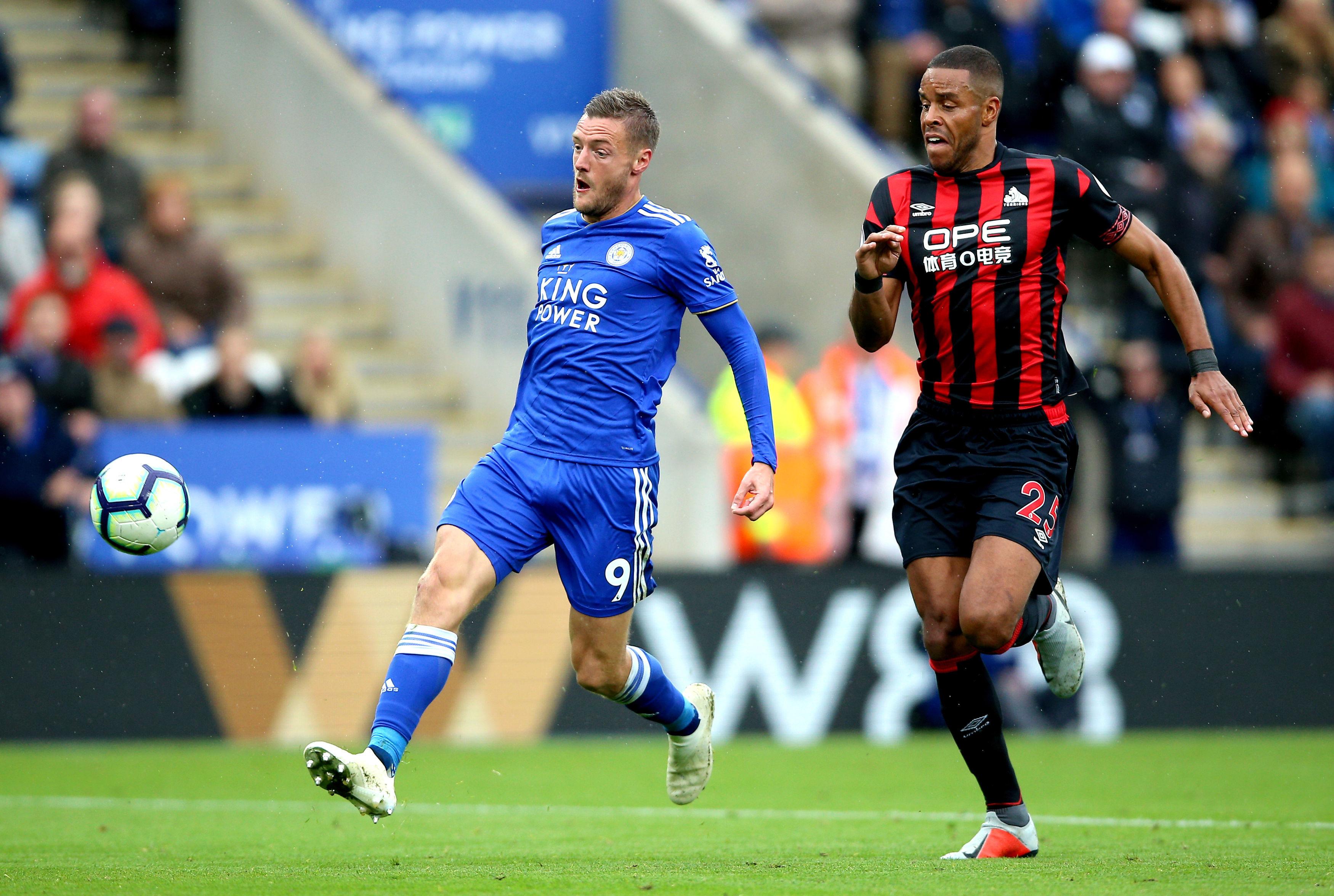 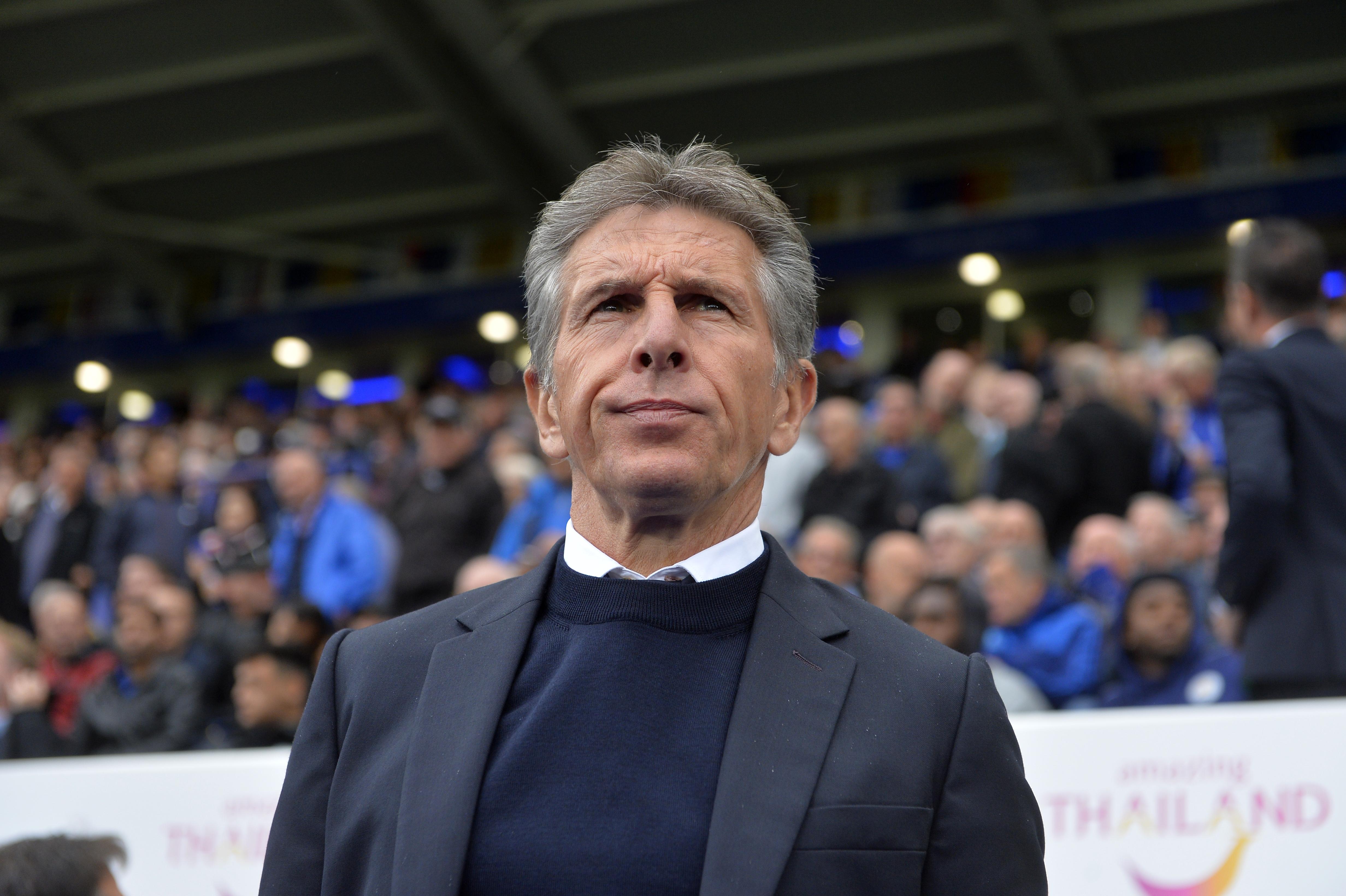 Their German boss will be furious at how his side managed to turn a corner for them into a goal for Leicester as Rachid Ghezzal headed Chris Lowe’s corner clear,

Aaron Mooy then Erik Durm then failed to nail tackles as Leicester broke at pace on a hopelessly exposed Huddersfield defence.

Papy Mendy sent Jamie Vardy off and when the striker fed Iheanacho, the Nigerian fired his left foot hot beyond Lossl from the edge of the box to break his league duck for the season.

Vardy should have made it two after Maddison sent him clear with a clever free kick but the former England stiker’s volley was off target and he booted the post in frustration.

However the introduction of Demarai Gray for Ghezzal at half-time gave the home side more of a cutting edge and they ran out comfortable winners.

The turning point came after 63 minutes when Laurent Depoitre dithered and allowed Harry Maguire to poke the ball away from him as he prepared to pull the trigger in front of goal.

The Terriers keeper got a hand to the ball but couldn’t keep it out.

And worse was to follow for Wagner’s basement boys when Vardy made it 3-1 to wrap up the three points with 15 minutes remaining.

Van La Parra’s sloppy pass was pounced on by Iheanacho who sliced Huddersfield apart with a brilliant through ball and Vardy did the rest as he calmly clipped the ball beyond Lossl.