But the Foxes title winner produced a goal that will live long in the memory of King Power Staadium fans. 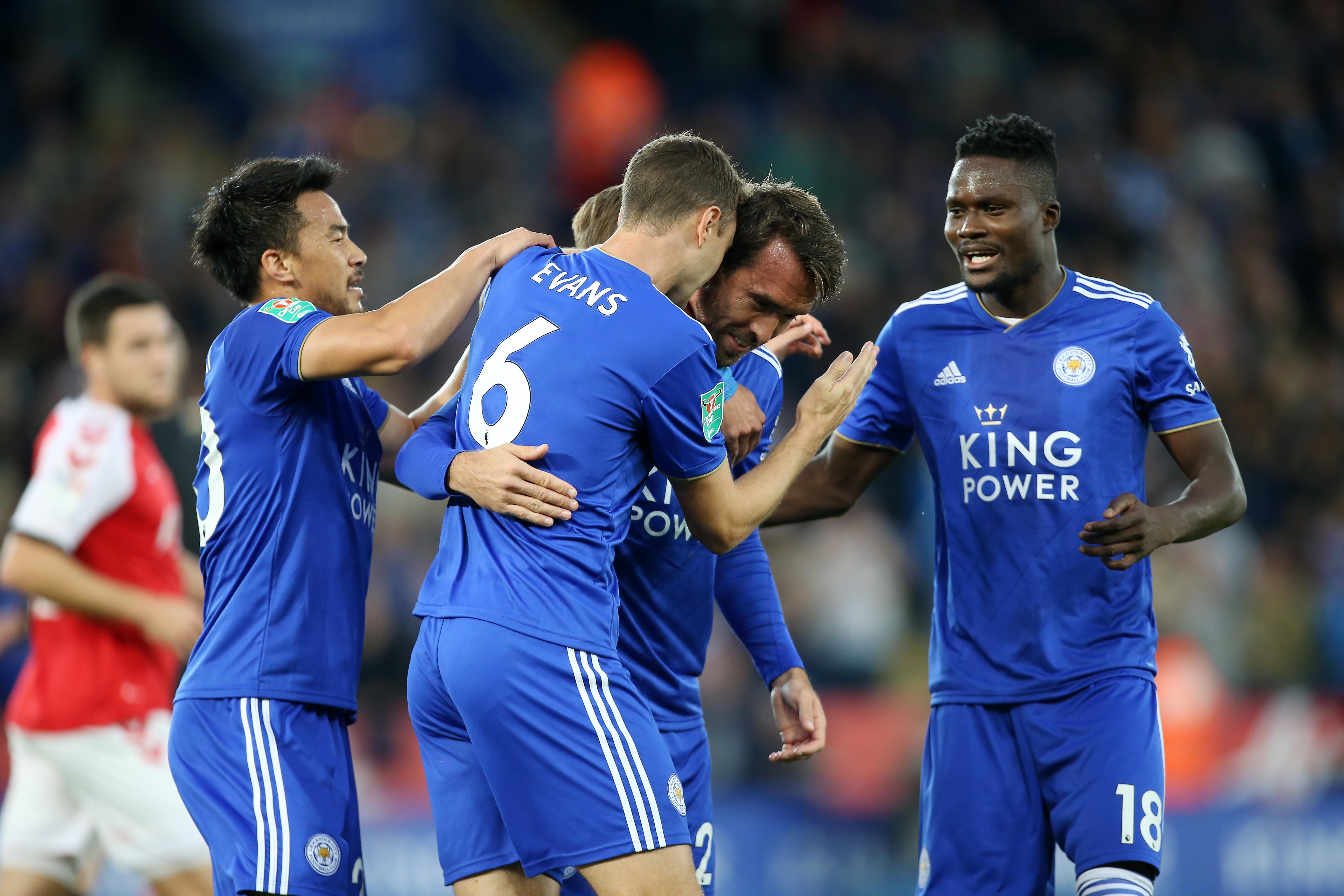 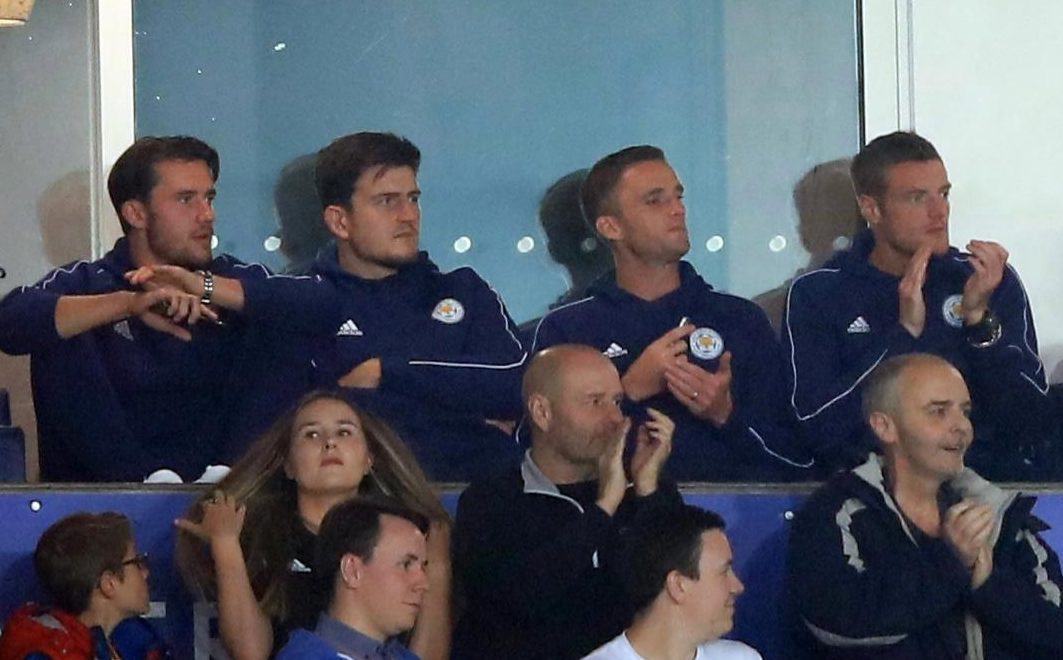 Fuchs conjured up a spectacular left foot volley to fire the Foxes ahead after eight minutes.

It was a bullet of a shot that demonstrated the sort of technique that made sure it was a goal as soon as it left his foot.

The goal was hardly a parting gift – Fuchs will leave for the USA and a possible MLS deal when his contract ends next summer.

But with the Austrian on the fringes of Claude Puel’s squad, Fuchs may not have many more chances to find the net again for Leicester. 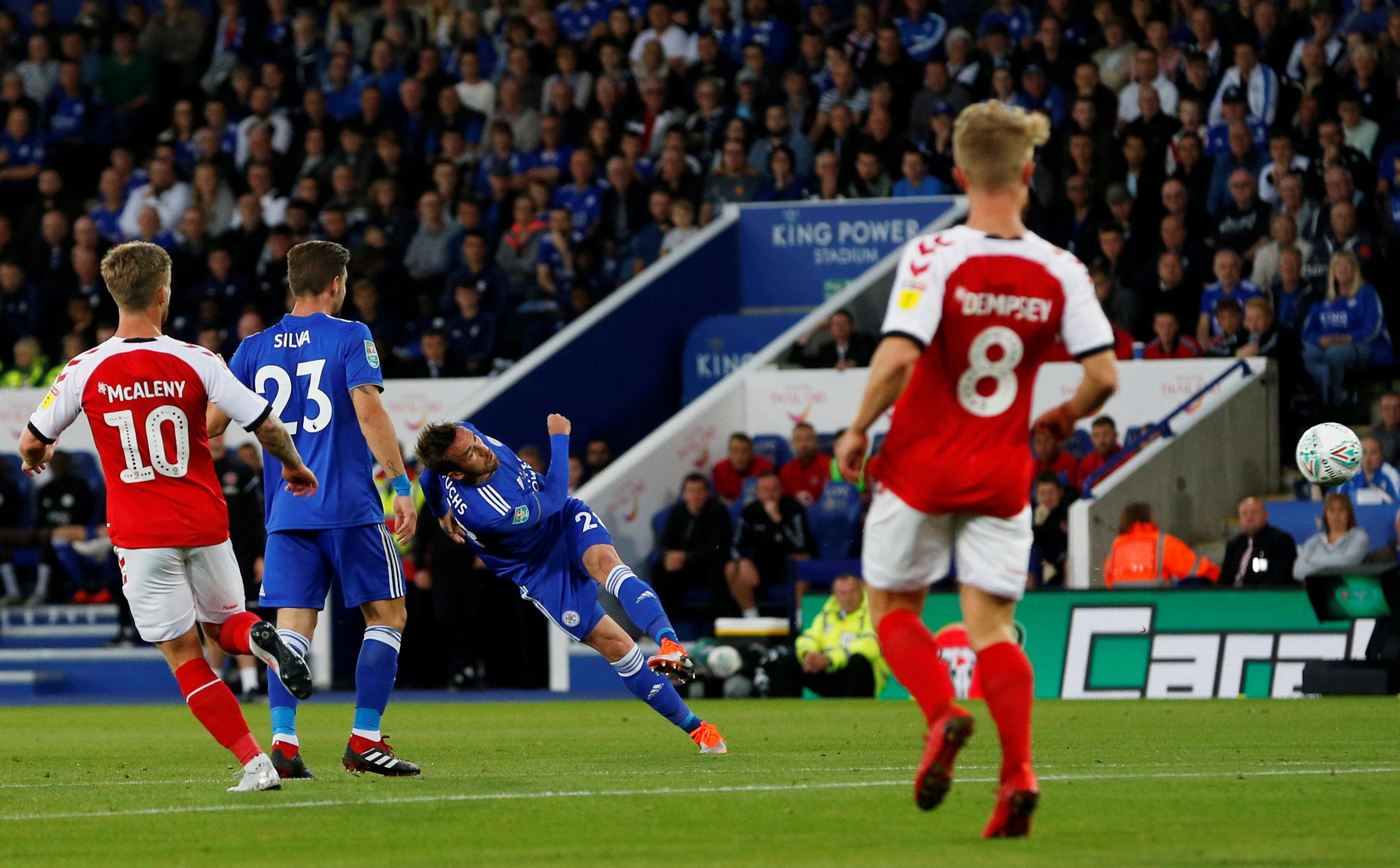 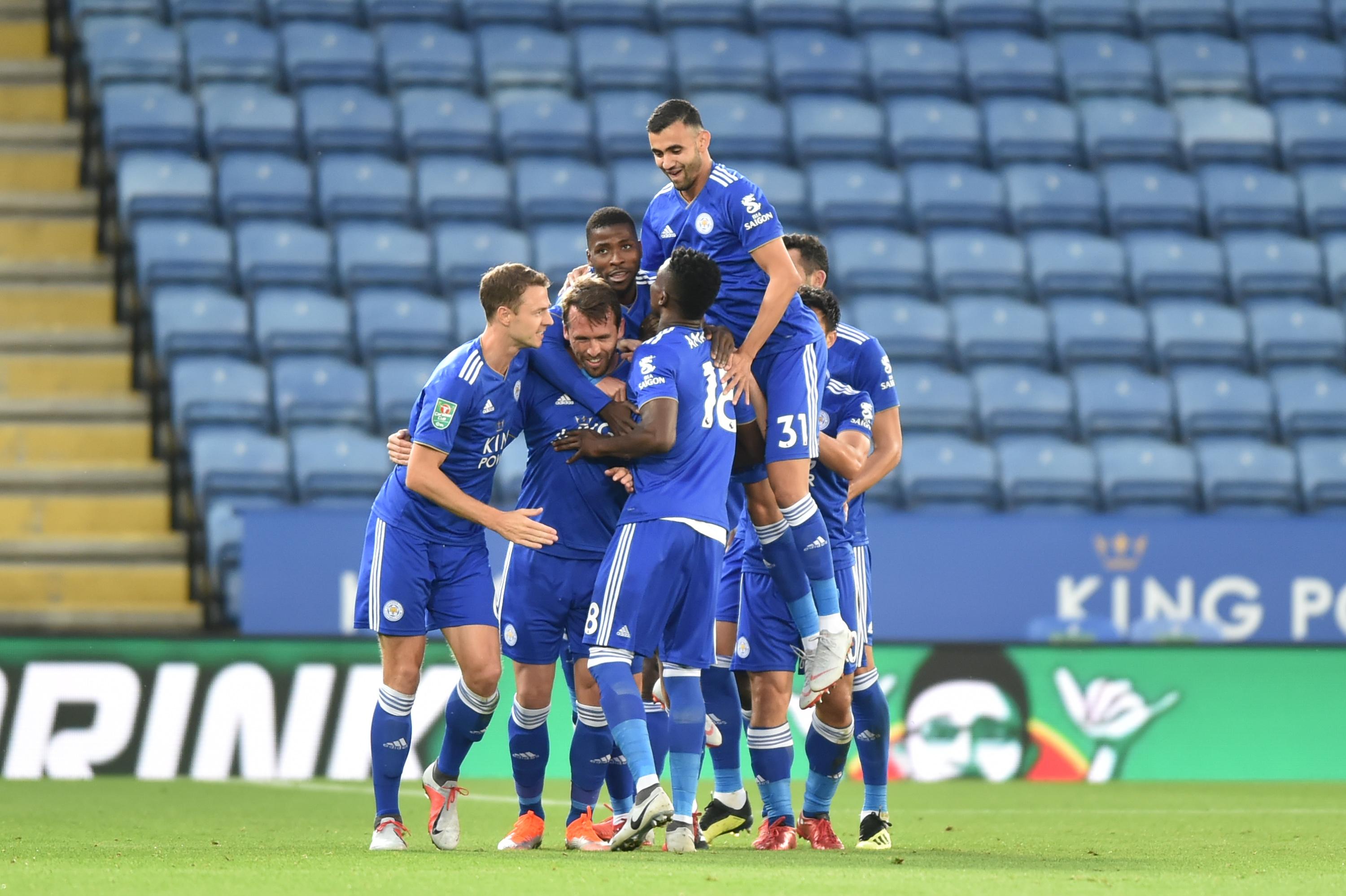 And certainly not in such sweet style.

Fuchs dreams of making a switch to American Football when his career is over.

And if anyone across the pond had any doubts about the power of the his left foot – they only need to see a replay of Leicester’s opener.

Fuchs turned the clock back to the Foxes’ amazing Premier League winning season in his first appearance of the season for Puel.

He was a vital part of Claudio Ranieri’s 2016 Champions squad.

But he had supporters chanting his name again as he opened the scoring, then provided the cross for Vincente Iborra to grab Leicester’s second.

And Kelechi Iheanacho made up for missing an early chance when he scored just seconds after the restart to bag the third. 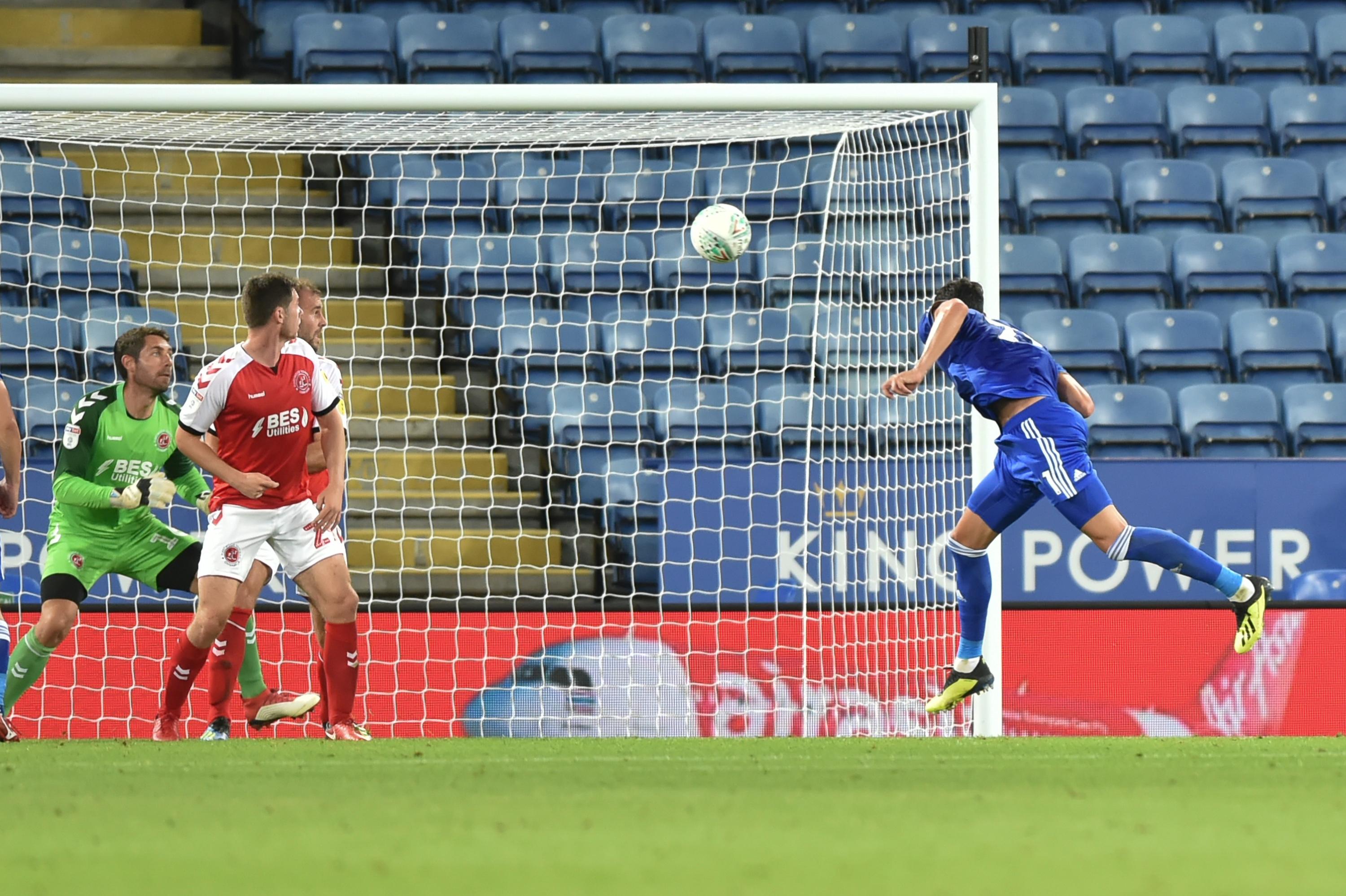 Rachid Ghezzal made it four as he delivered another impressive shot with 20 minutes to go as Leicester eased into the next round with a Premier League standard display.

Leicester’s £10millon keeper Danny Ward had to make one early save before they took command against Joey Barton’s League One side.

Puel made eight changes and Leicester were without suspended former Fleetwood striker Jamie Vardy – on the day the England striker retired from international football.

But the side still had a strong look to it.

Barton changed all 11 players and his League One side almost shocked the Foxes in the second minute. 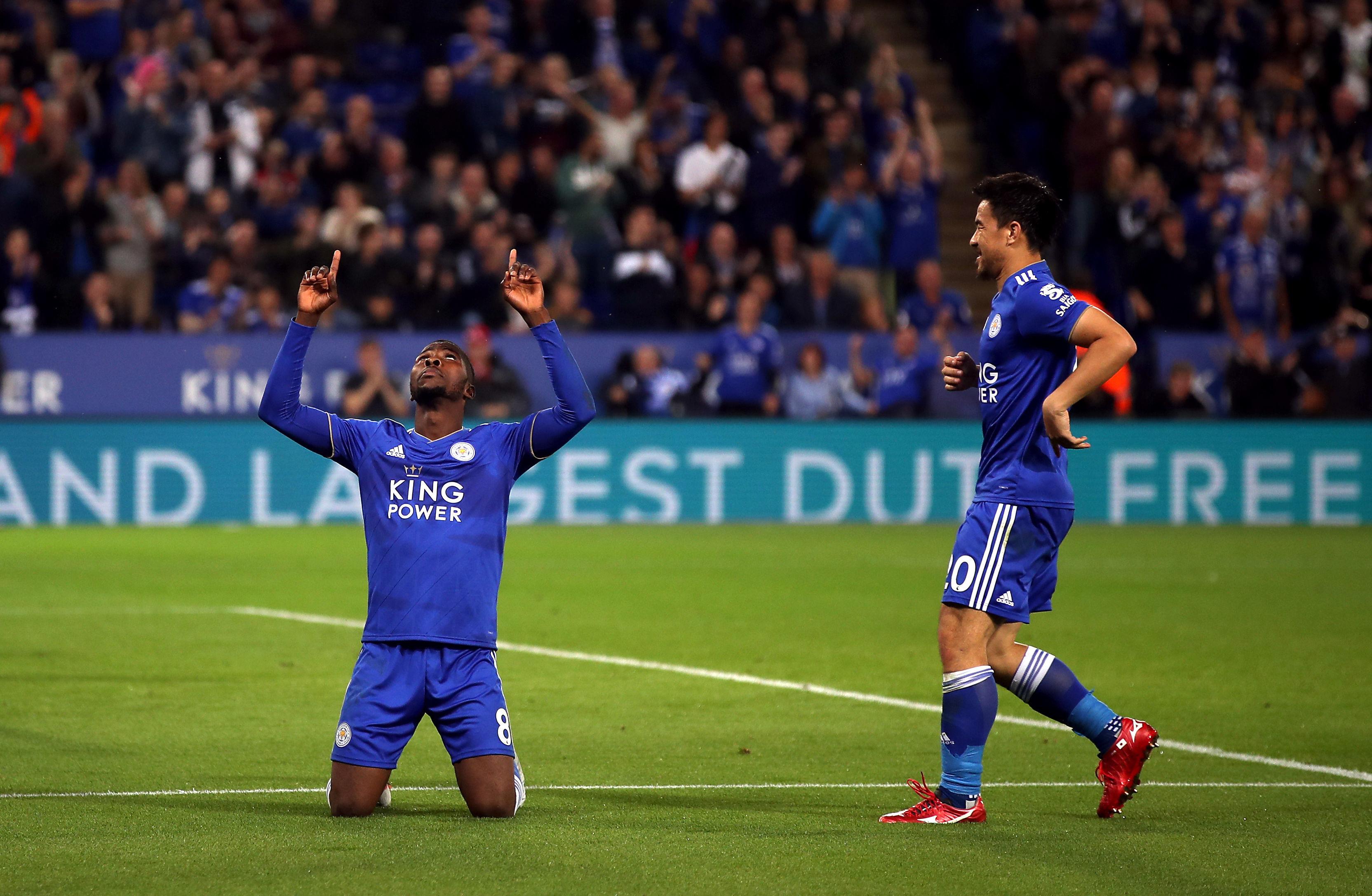 And that was as good as it got for Fleetwood as Fuchs struck six minutes later.

Ghezzal’s corner was cleared but it fell to the full-back 20 yards from goal – and he produced a brilliantly controlled volley to find the top corner.

It was Fuchs’ first goal in 43 games – the Austrian last found the net against Hull City almost 18 months ago, ironically the second game after Ranieri was sacked

Leicester should have scored again three minutes later when Marc Albrighton delivered a pass over the top of the Cod Army defence to find Iheanacho.

The Nigeria striker looked certain to score but his shot hit the inside of the far post and bounce back into the arms of keeper Paul Jones.

Fuchs, who joined Leicester on a free from Schalke in 2015 had another chance to score from distance after 24 minutes but he did not catch it properly this time and Fleetwood were able to clear.

The game went off the boil before Leicester increased their lead – and Fuchs was involved again in a man of the match display. 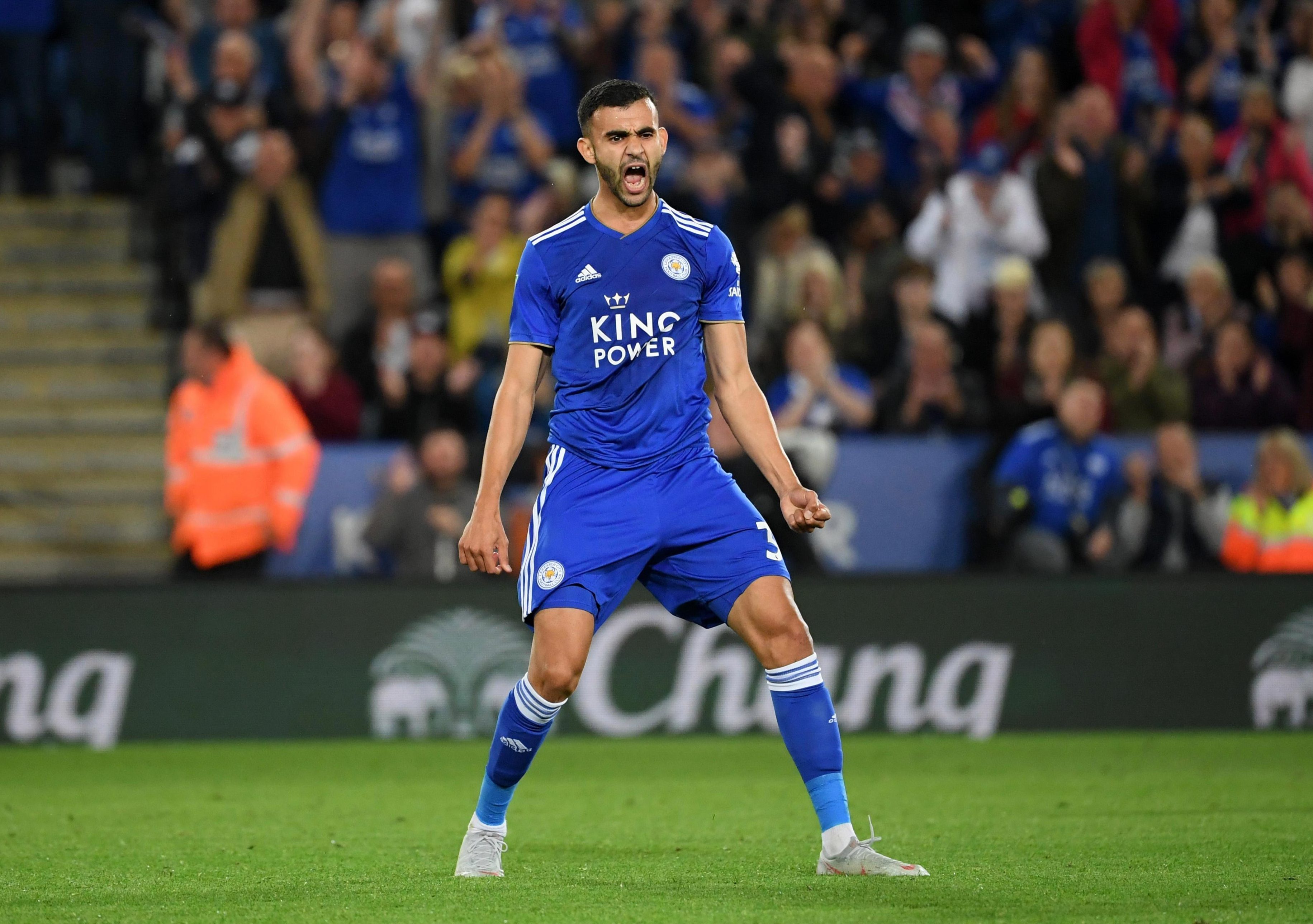 His cross found Iborra who headed home from close range to all but seal the tie seven minutes before the break.

Iheanacho twice went close – with Fuchs again causing problems – and the Foxes striker hit the post on the stroke of half time.

But Iheanacho did not have long to wait for his goal.

Leicester threatened from the kick-off and  Marc Albrighton’s long ball forward found Iheanacho who brought the ball down, shrugged off a challenge and slid his shot home.

Puel took him off after that and the Foxes were taking pot-shots after that.

Ghezzal produced a shot which curled just wide from 20 yards – but that was warning shot of what was to follow.

Fleetwood were on the ropes with Barton powerless to change Leicester’s dominance.

And Ghazzal – who had been threatening a goal all night – made it four with a sweet left foot shot from long range after a swift one-two with Adrien Silva.

VAR was in use at the game and it was called on with five minutes to go to check on a possible red card for Cod Army sub James Wallace.

The big screen informed fans that a check was taking place.

But Wallace was given a yellow for pulling back Foxes sub Fousseni Diabate when he raced clear.