The Austrian outfit had been playing Cypriot side AEK Larnaca in the Europa League when the match was stopped with Swedish official, Fredrik Klyver, on the ground. 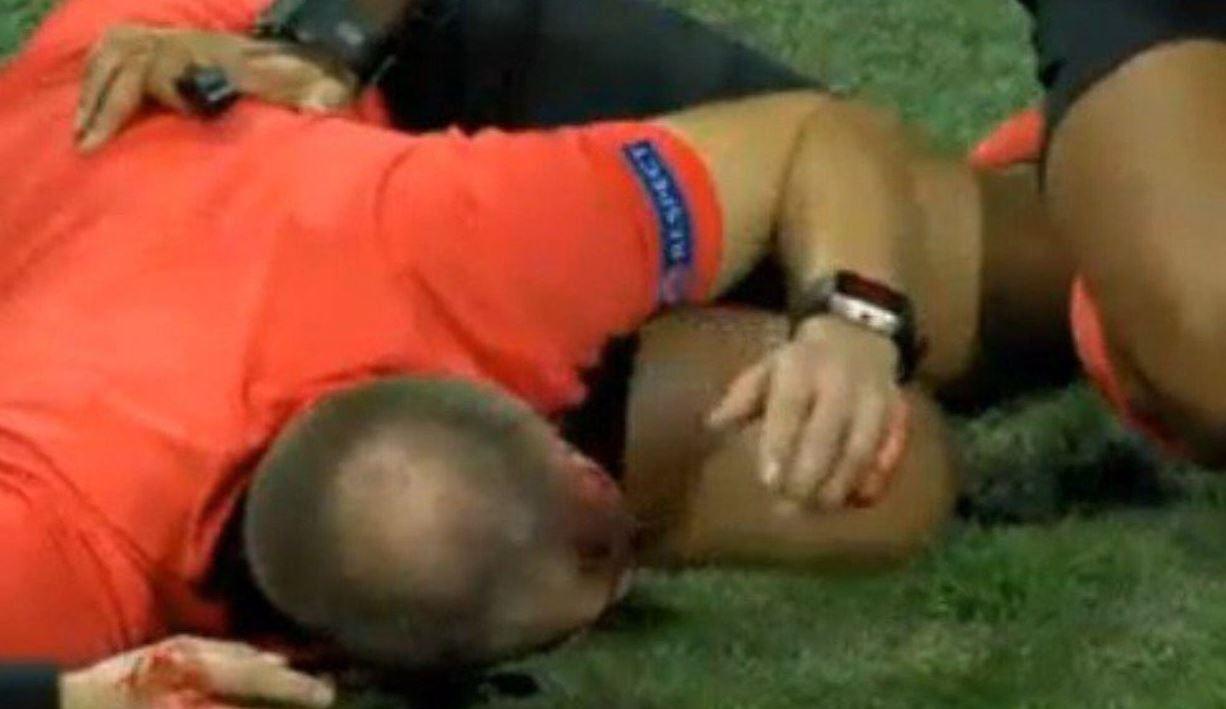 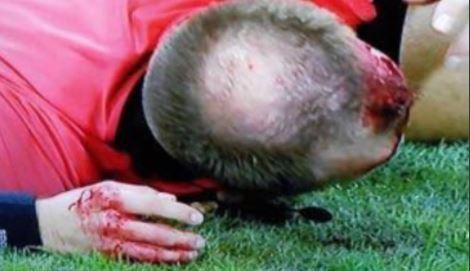 In a statement on their website, Sturm Graz said: "This behaviour of a fan in today's Uefa Europa League game is by no means acceptable. This damages the reputation of football and us as a club.

"We always try to see football as a positive celebration and to tackle these things. Fair play is our top priority.

"We are sorry that today we have disappointed many football fans."

Stefan Johannesson, head of the Swedish FA, revealed to the Swedish press that Klyver was taken to hospital and needed stitches. 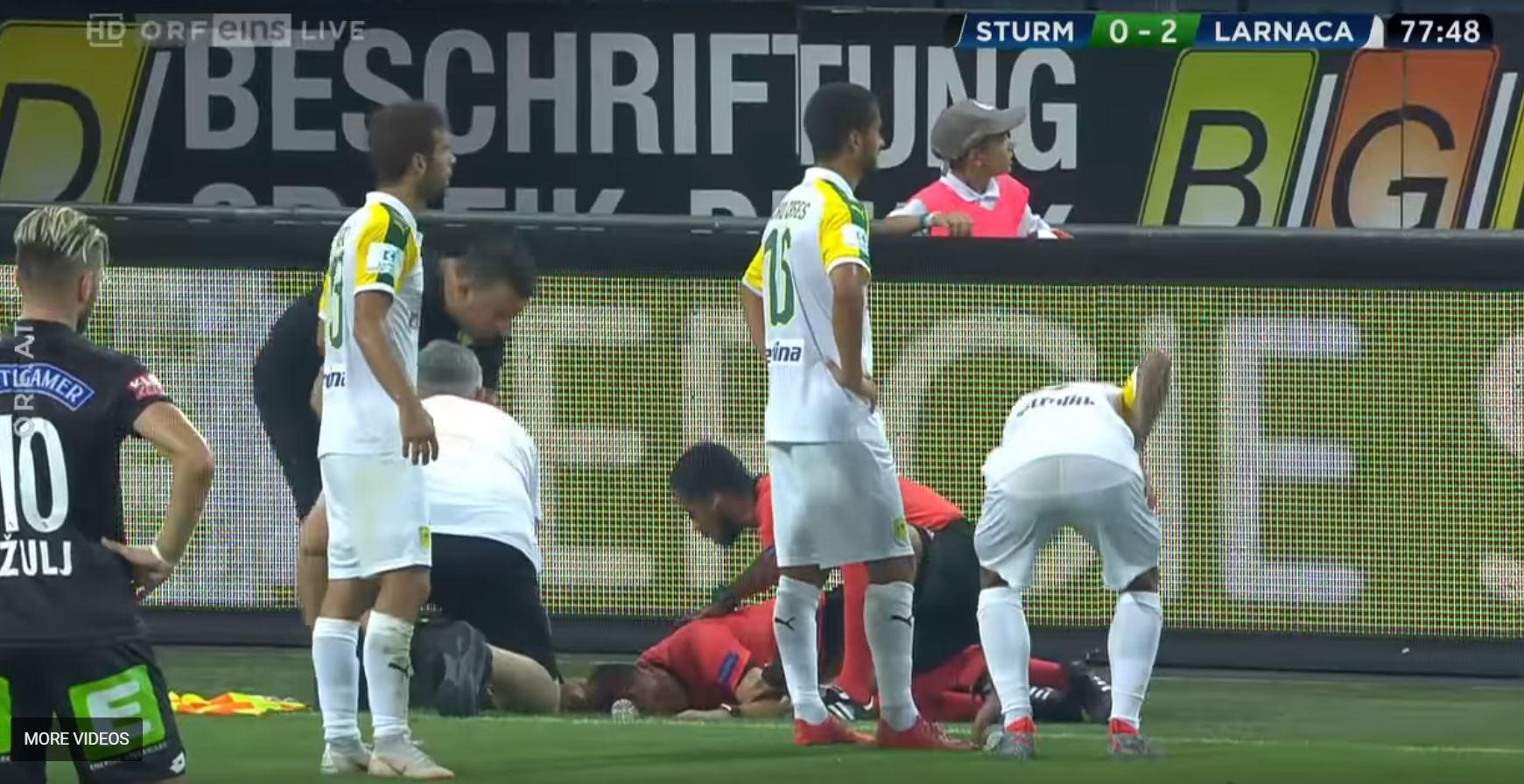 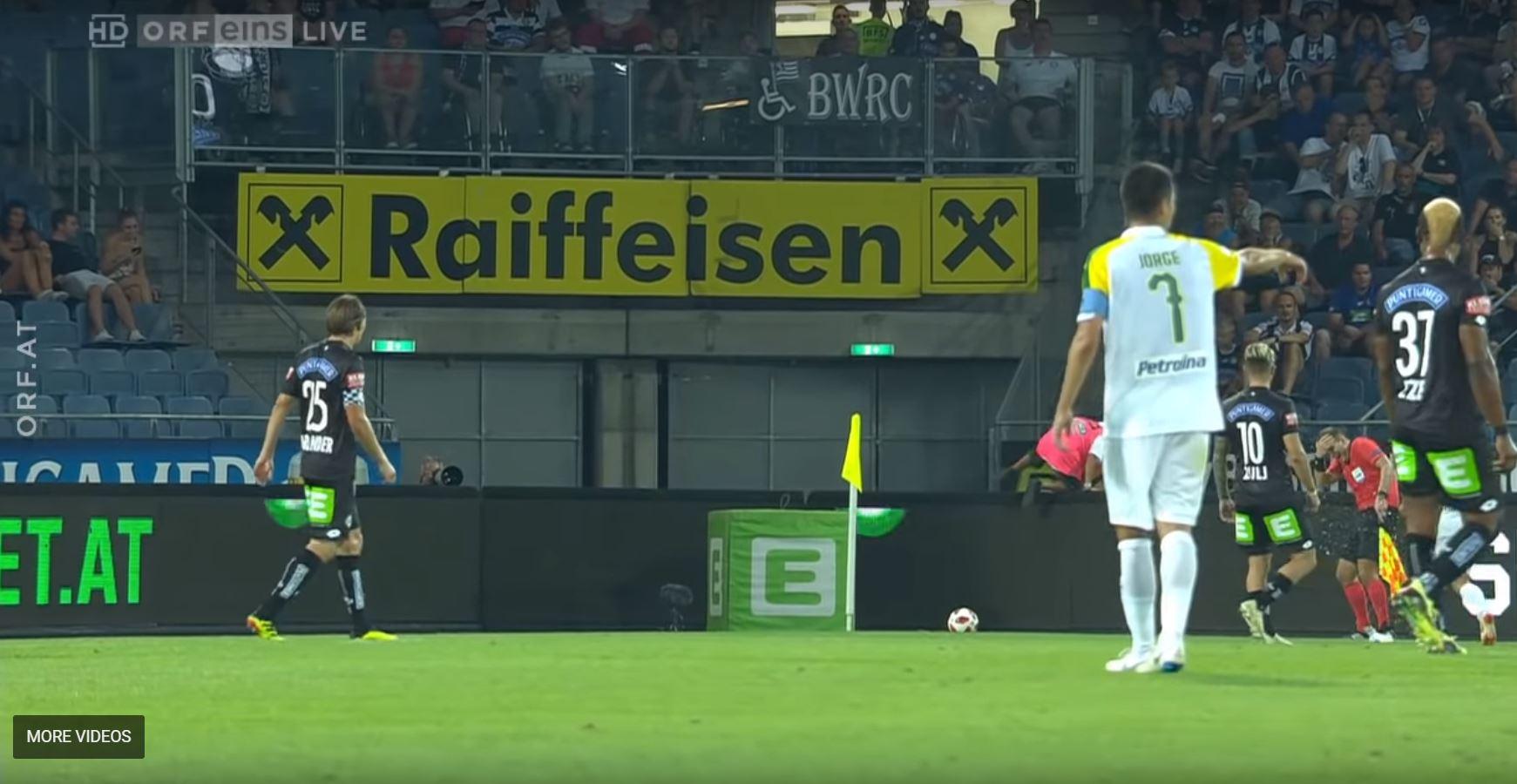 He told Aftonbladet that he found it "very strange" the match was not abandoned and continued to the final whistle.

Johannesson said: "It is Uefa who decides, but personally, I do not understand why they make such a decision.

"Had this happened in Sweden, we would have [abandoned] the match."

Sturm Graz, who finished second in the Austrian Bundesliga last season, also stated that the culprit had been caught. 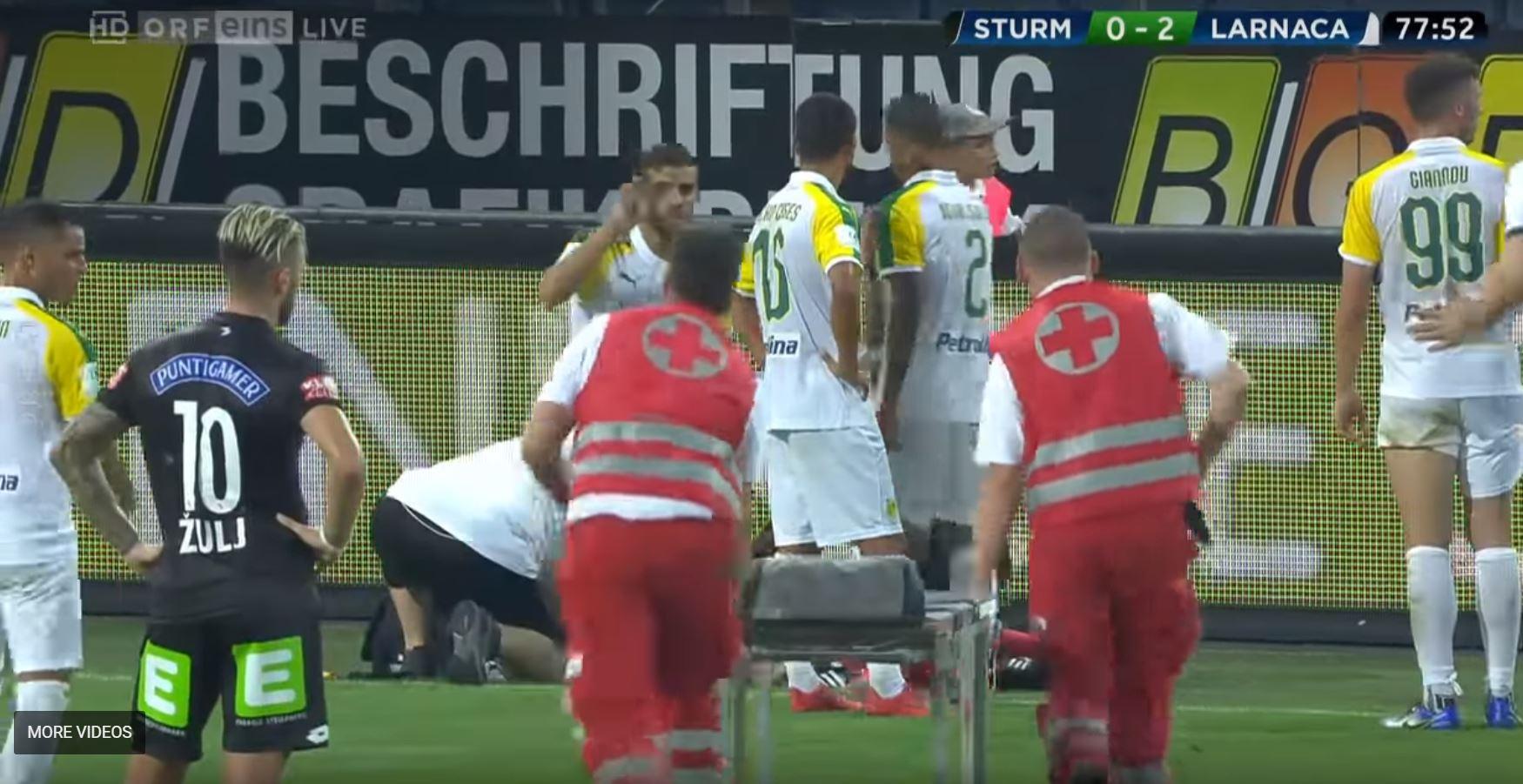 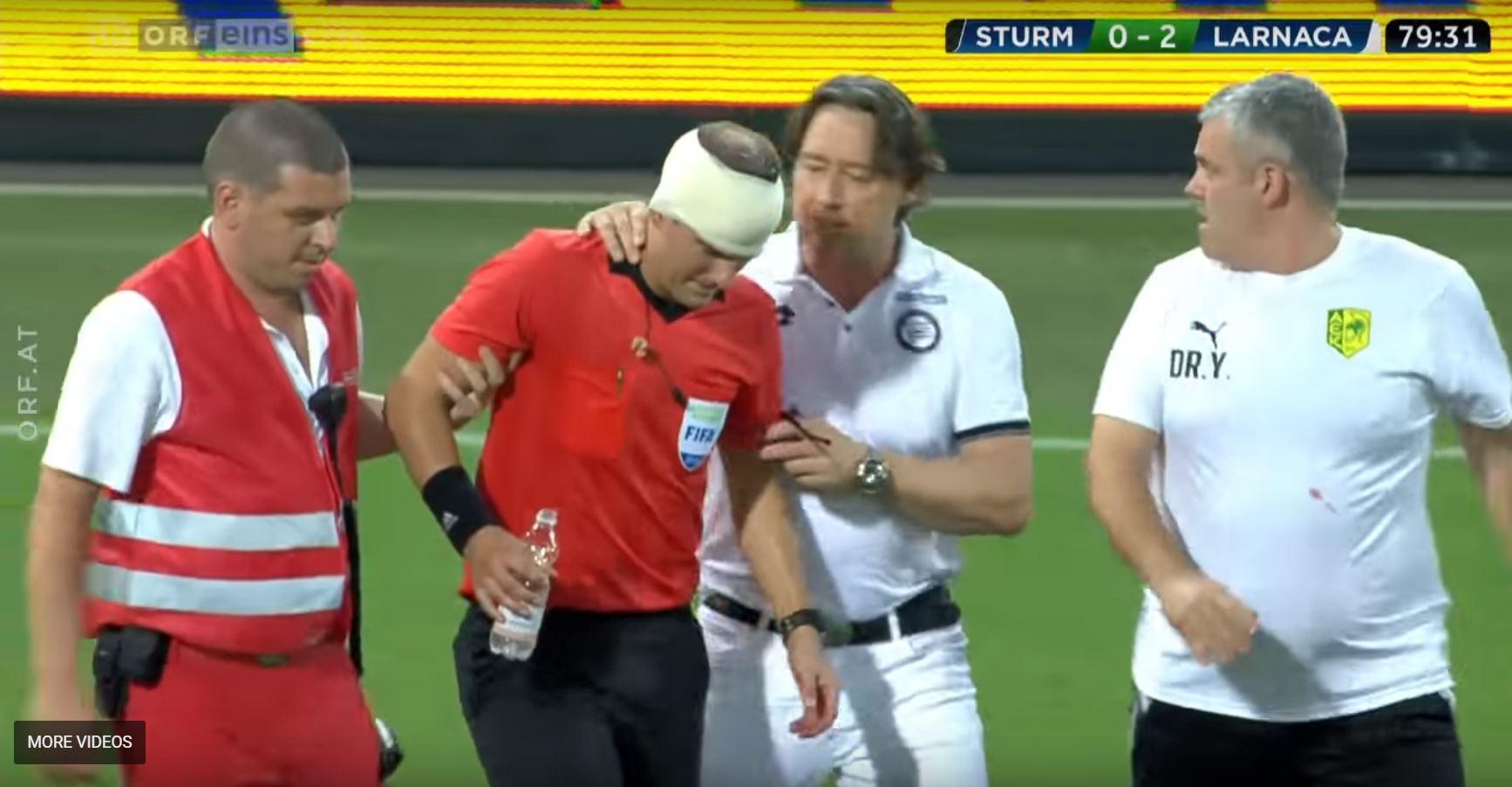 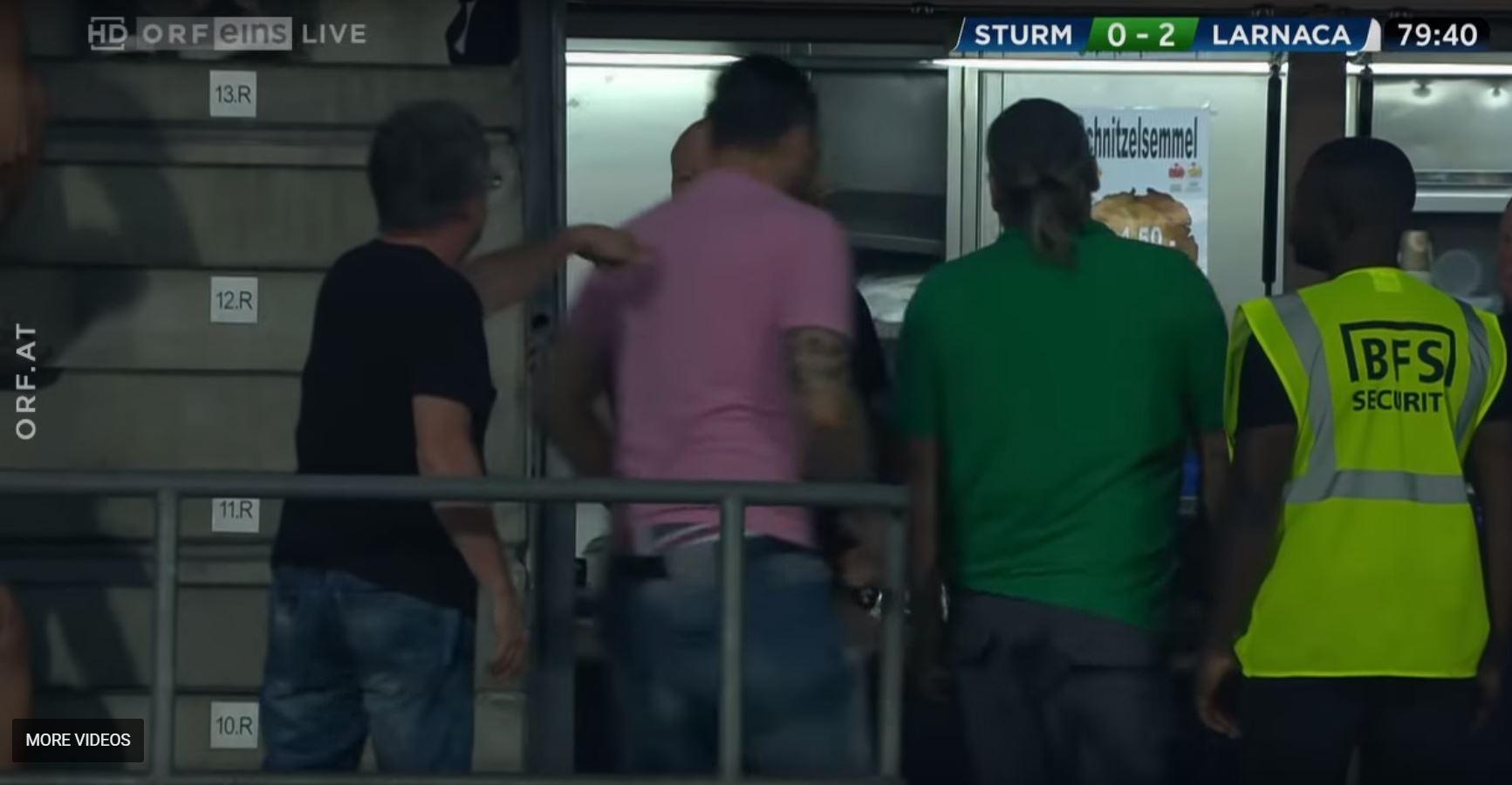 The will now make a full investigation and punish them accordingly.

Larnaca had been leading 2-0 in the first leg of the second qualifying round when the assistant referee was attacked.

The game was stopped because of the incident, as referees considered postponing the match.

But it was allowed to finish, with Larnaca seeing out the tie.

They will take the 2-0 advantage back to Cyprus, where they will host Sturm Graz next Thursday in the second leg.