Germany coach Joachim Loew admitted making several mistakes that contributed to their World Cup debacle, but still opted for only a handful of changes to the squad for next month's internationals.

Loew conceded that Germany, who were condemned to their earliest World Cup exit in 80 years after being eliminated in the group stage, should never have played their possession game in a knockout tournament as teams counter-attacked successfully. 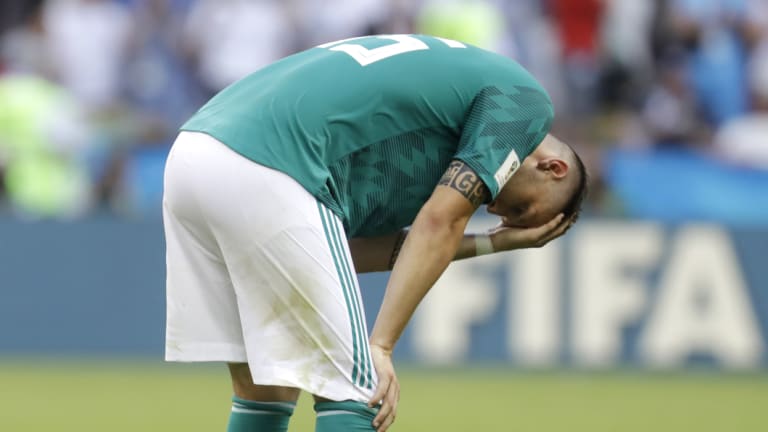 Mistakes: Germany’s Niklas Suele reacts after Germany was eliminated from the World Cup.

He also said he failed to instil a sense of urgency and passion among his players, who lost two of their three group matches.

Among the players called up for the Nations League game against France on September 6 and the friendly against Peru three days later are returning internationals Leroy Sane, Nils Petersen and Jonathan Tah as well as newcomers Kai Havertz, who is 19, Thilo Kehrer, 21, and 25-year-old Nico Schulz.

He also included Ilkay Gundogan, who was criticised for posing alongside Turkish President Tayyip Erdogan before the World Cup in a photograph which also featured German teammate Mesut Ozil. The episode caused a furore and led to Ozil's international retirement after the World Cup.

Loew said Gundogan had suffered during the affair that overshadowed their World Cup campaign.

He also said experience was needed in his squad.

"Experience is a very important foundation even for a new start," Loew said. "And young, dynamic, hungry players can help us in the important tasks ahead of us."

Winger Sane – who was voted the best young player in England's Premier League last season after helping Manchester City to the title – Petersen and Tah were all cut from the final squad that went to the World Cup in Russia in June.

Loew dropped midfielders Sami Khedira, a 2014 World Cup winner, and Sebastian Rudy from next month's matches, but kept faith with several others who had underperformed in Russia, with 17 of the 23 players part of that squad.

"Possession in the league is import but at knockout events there needs to be an adaptation. That was my biggest mistake," Loew told reporters. "That I believed with this dominant possession game we will go through the group stage.

"It was almost arrogant of me. I wanted to perfect it, fine-tune this dominance even more. But every match is a knockout match. I should have realised that we needed to be less risky. Instead I demanded even more risk." 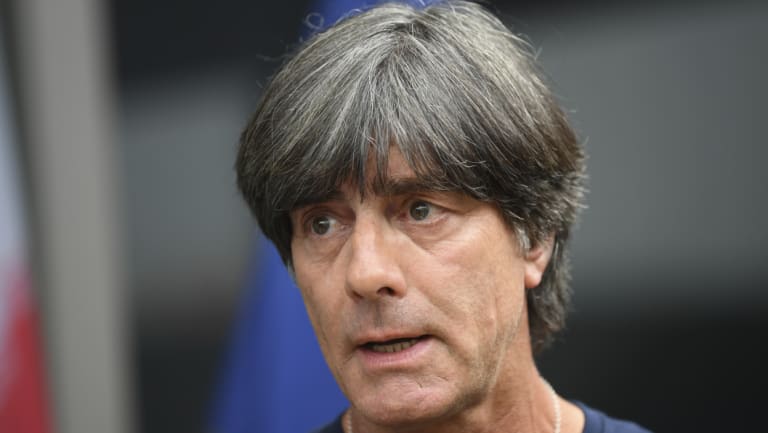 Contrite: Loew has admitted he got some crucial elements wrong in Russia.

Loew, who on Wednesday moved one of his assistants, Thomas Schneider, to the FA scouting department, also said he had failed to excite his players for the tournament.

"After winning in 2014 and being at the top we failed this time … to light fires with big flames so that everyone feels this enthusiasm," Loew said.

"We now have to find the right mix , more stability, and restore the balance between attack and defence."