Despite making a heartbreaking decision this week to enter palliative care after his long battle with cancer, Jarrod Lyle feels like he is “the luckiest golfer going around”.

Lyle, 36, has made the difficult decision to stop active cancer treatment and begin palliative care following a third bout of acute myeloid leukemia.

In a statement on Lyle’s Facebook page on Tuesday night, his wife Briony told followers: “He has given everything that he’s got to give, and his poor body cannot take anymore”.

The outpouring of emotion and support for Lyle from the global golfing, sporting and wider community since has been enormous.

In a short message delivered to the Inside The Ropes podcast, Lyle paid tribute to all of his supporters who have been by his side ever since he was first diagnosed with cancer in 1998.

“And it’s going to be hard to leave that behind but they know that I love them they know that all the fighting that I did do was to get back out and play golf again. 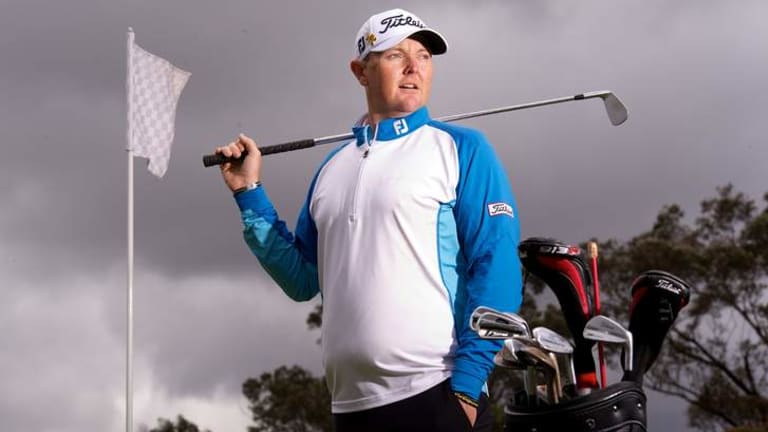 There has been an outpouring of emotion for golfer Jarrod Lyle.

“To have the support from all those people was just a tremendous feeling, you know, and it’s going to be hard but at some point it’s going to happen and they’ll get on with their lives and I just feel very, very lucky.”

Lyle, a two-time winner on the US Nationwide Tour, reached a career-high world ranking of 142.
He has two daughters, Lusi and Jemma.

Lyle's health has rapidly deteriorated in recent weeks as he struggled to keep food down, his vision became blurry and his speech slurred.

Some days he has been unable to see his daughters for fear of passing on an infection to them.

Lyle beat cancer for a second time to return to the USPGA Tour, emerging as one of the most popular figures in the game. His third fight has been a treacherous one.

"I can't imagine being in that position; it's unthinkable," former world No.1 Adam Scott said. "He is one of the best blokes there is. Given all the difficulties he's had since his late teens, he has lived the best life he could with the tough cards he has been dealt.

"He played such good golf while battling illness; he has been through it all. His positivity and general demeanour has been so good and so infectious on others. It's a good way to think of how I should live my life.

"It shouldn't have to have something like this to remember that's what it's all about."