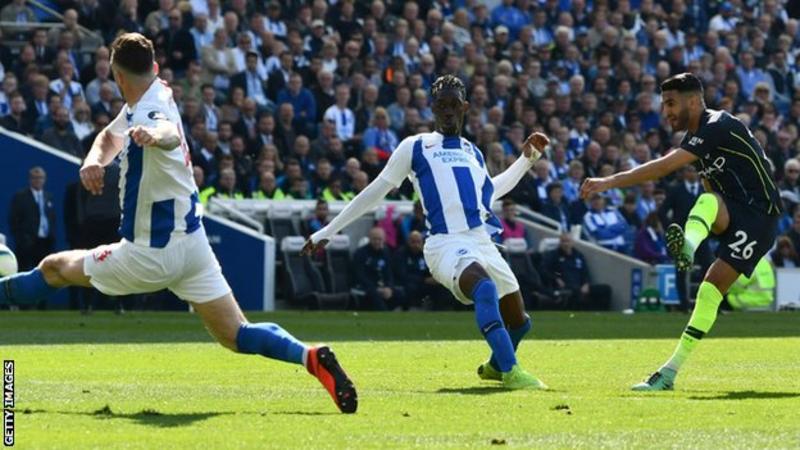 Mahrez, 28, scored City’s third goal on Sunday as Pep Guardiola’s side defeated Brighton 4-1 to become the first team to defend the Premier League title in a decade.

But the Algeria international, a £60m summer buy from Leicester, has started just 14 league matches this season.

“I need to stay strong because it’s part of my personality,” said Mahrez.

“I’m very happy here. It’s not that because I don’t play I’m going to go somewhere else. It’s part of the game.

“I’m never going to go away from teams. That’s easy to do but I’m very confident about my quality and there’s another season next season.”

Mahrez, voted PFA Player’s Player of the Year in 2016 as Leicester claimed a stunning Premier League triumph, signed a five-year deal at Etihad Stadium in July.

He has contributed 12 goals in his first season in Manchester, having registered 48 goals in 179 appearances for the Foxes.

And the former Le Havre player says he will stay and compete for his place at City – who will bid to complete a unique domestic treble when they face Watford in the FA Cup final on 18 May.

“I’m very confident about myself and never doubt my quality,” said Mahrez.

“It’s not easy to come to a team, a squad, who won everything last season. I knew when I had my chance I would take it. I scored, I helped the team, we played very good, and we deserved to win the league.

“I know the league. I did a lot of things in this league already.”