Jose Mourinho is battling growing disillusionment in the Manchester United dressing room over his methods, at a time when the club's hierarchy are making moves to help smooth the disconnect between the manager and board with the appointment of a technical director.

The United manager's relationship with the likes of Anthony Martial and Paul Pogba, both of whom would leave Old Trafford if there was an exit route, has been severely strained for some time, but there are others in the dressing room who have tired of Mourinho's approach on and off the field. 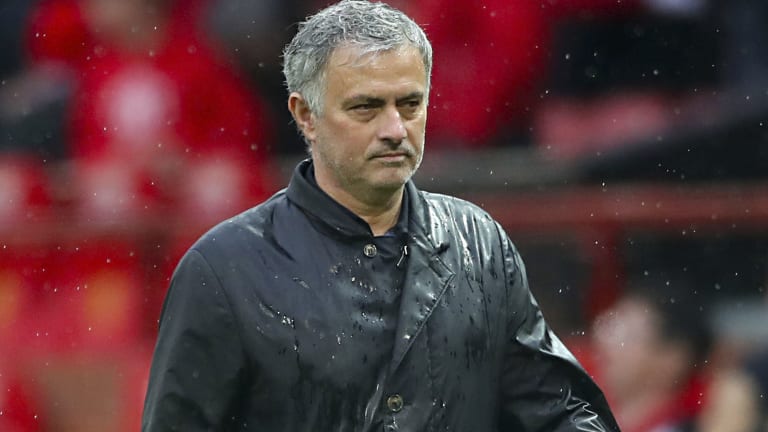 Mourinho still has players in the squad who are willing to pull for him, but Pogba's criticism of the team's "attitude" in the wake of Sunday's wretched 3-2 defeat at Brighton and Hove Albion is understood to hint at a deeper malaise that has taken hold at United, amid fears the problem could worsen unless there is a drastic improvement in mood and morale.

Pogba, who has been made captain in what some have viewed as an attempt by Mourinho to get the player back on side as he eyes a move to Spain, has already admitted he cannot express his true feelings for fear of being fined.

The sense of gloom is shared by staff at the club, some of whom have been left exhausted by Mourinho's generally dour demeanour and frequent mood swings, and long for a more upbeat attitude.

Despite obvious deficiencies in the squad, there remains a belief in various quarters of the club that United still boast an abundance of talented players and should at least be capable of making a credible challenge for the title. But Mourinho's claims that United – who face Tottenham at Old Trafford on Monday – are set for a "difficult" season after he failed to acquire the signings he wanted in the summer transfer window, have served only to alienate people, erode confidence and dampen belief.

"The current atmosphere doesn't benefit anyone," one source said. Some players are not helping themselves, however.

Lee Sharpe, the former United winger, has predicted Mourinho will not survive beyond the new year if he carries on as he is doing.

"I am expecting the manager to get sacked before Christmas," Sharpe said. "If he is going to continue with this dourness and this moaning, then people will turn around and say this attitude is not getting us to the top, so we need to change it."

Publicly at least, Mourinho retains the backing of the United hierarchy. Ed Woodward, the club's executive vice-chairman, who has already presided over the sackings of David Moyes and Louis van Gaal, craves some stability.

United have been making moves to overhaul their scouting and recruitment operations, in addition to improving facilities, after accepting they had become outdated. The restructuring seems likely to extend to the appointment of a technical director.

What impact that would have in the short term is not clear but it is felt such a role could help provide a bridge between the manager and board, notably Woodward, in a bid for more joined-up thinking in the longer term. It is also unclear at this stage how quickly United expect to make an appointment.

Mourinho was critical of United's transfer dealings in the transfer market this summer and exasperated, in particular, by the failure to sign another centre-half, but the club's power-brokers did not share the manager's enthusiasm for some targets.

Although they would have funded a world-record move for France centre-half Raphael Varane had Real Madrid been willing to sell, they were not prepared to do the same for Leicester's Harry Maguire. Equally, they felt any move for Tottenham's £50 million-rated ($A 87 million-rated) Toby Alderweireld, who will turn 30 in March, was little more than the kind of short-term fix the club are eager to guard against. Both decisions were a reflection of the disconnect that exists.

Whether a technical director would be given the power to drive recruitment remains to be seen but he could provide a daily point of contact for the manager as well as more "football expertise" at the top of the club, even if Woodward is unlikely to be willing to cede too much power.