Manly players have endorsed John Cartwright to succeed Trent Barrett as coach, while the man seen as his main threat, Michael Maguire, is yet to even hear from the club.

Cartwright has been the hot favourite to replace Barrett for more than a week, since it became clear the coach and Sea Eagles' board would be unable to work together beyond this season. 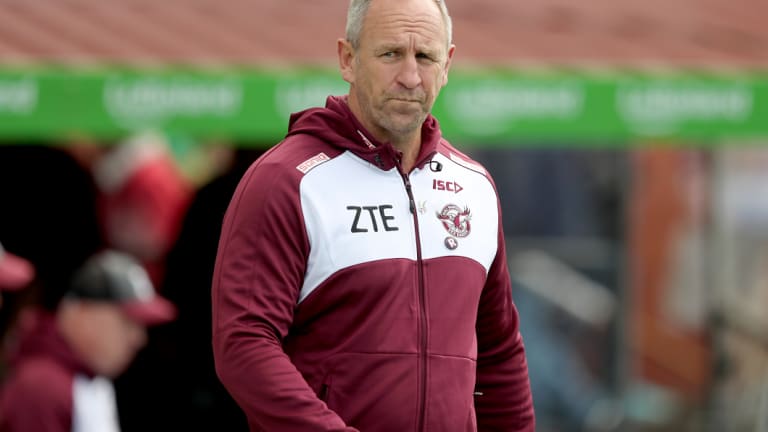 Maguire was understood to head up a shortlist that also featured Neil Henry and Tim Sheens.

Chairman Scott Penn made it known last week he wanted to have someone in place in the coming weeks, but as of Thursday night premiership winner Maguire and Manly had not been in contact.

Cartwright and Barrett looked relaxed as they emerged from one of the club's demountables on Thursday for the start of training ahead of Sunday's final game against Brisbane at Suncorp Stadium.

Dylan Walker made it clear he wanted assistant Cartwright to take over, which came after public endorsements from senior teammates Tom Trbojevic and skipper Daly Cherry-Evans last week.

"I'll really put my hand up for Carty,'' Walker said. "He's a good bloke who can coach and has been an assistant here the last three years, so he knows what he's talking about.

"And it would be hard if someone came in and changed the dynamics here. Carty is a likable character, he's a man of very few words, but when he says something everyone listens.

"He's coached the Titans and taken them to the finals and put them in a good position. His record speaks for itself. Everyone respects him.''

Walker won a premiership with Maguire at South Sydney in 2014 and would have no problems if they were reunited on the northern beaches.

"He's a great coach, he was my first coach and helped me a lot in my career. If he comes here I'm not worried and he'd do a good job. But I'll back Carty as well. That's for head office to decide.''

Trent Hodkinson was another Cartwright fan and said: "He's an experienced coach and there's a lot of respect from the boys.

"If 'Baz' isn't here and Carty takes over, he'll do a great job. He's very approachable as well. I met Carty during a City camp, and up until now I hadn't run into him. He hasn't changed. He was a great coach back then, and if he gets his opportunity he won't let anyone down.''

Cartwright was never going to let the bitter fallout between Barrett and the club's board stop him from pitching up for the top job. 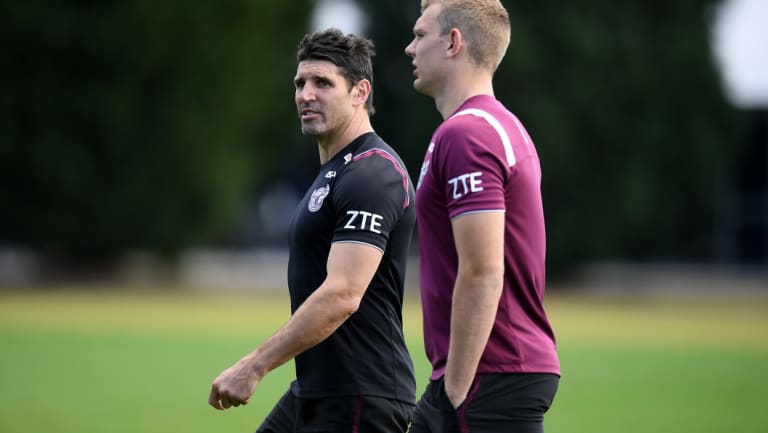 No hard feelings: Outgoing coach Trent Barrett will give Cartwright his blessing.

As reported by Fairfax Media last week, Cartwright and Barrett have been upfront with each other and there has been no bad blood between the pair about the head coaching job.

While the club's facilities were not deemed good enough by Barrett, Cartwright clearly won't have an issue with them when he gets the nod.

Manly upstaged Brisbane at Suncorp earlier this season when they took their home game north, and will back themselves to upset Wayne Bennett and his team one final time.

Meanwhile, social media went into meltdown when a photo of unwanted Sea Eagle Marty Taupau having coffee with a Parramatta official surfaced. It was later established Taupau met with the Eels welfare officer, Dean Feeney, who is a personal friend and has nothing to do with Parramatta's recruitment.