Newly-crowned MotoGP world champion Marc Marquez is desperate to ensure history doesn't repeat when he takes to the track for the Australian grand prix at Phillip Island. 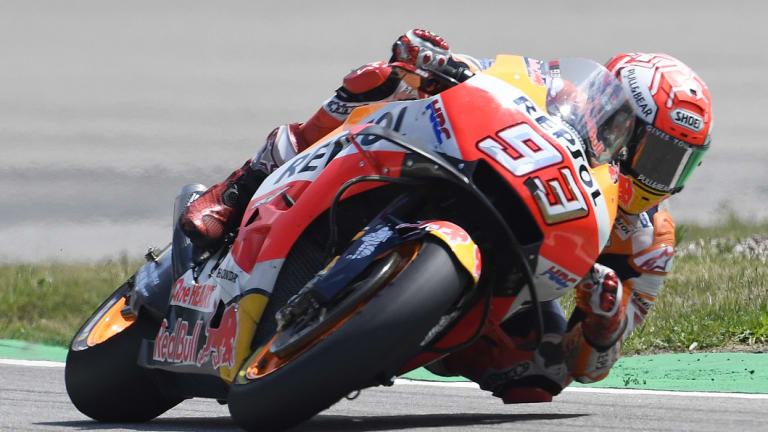 He has clinched the title in Japan twice before, in 2014 and 2016, then crashed out of the Australian MotoGP the week after.

Marquez has won the past three races and is intent on making it four in a row.

"Of course, we will celebrate but now it's time to concentrate on Phillip Island," Marquez told reporters on Thursday.

"The tactic is to try to concentrate (better). I won in 2014 in Motegi and when I arrived here I felt like I could do anything and I crashed.

"I felt different in 2016 but again I crashed, so it's something that I need to control myself with this weekend.

"It's a circuit that I love. I feel more relaxed now but I will approach it like it's the start of the 2019 season.

"I will concentrate, I will focus."

Marquez has opened up an insurmountable 102-point gap on factory Ducati rider Andrea Dovizioso, who crashed in Japan and finished out of the points.

The Italian faces a battle to hold onto second spot with Valentino Rossi (Movistar Yamaha) breathing down his neck nine points behind in third.

Local hope Jack Miller started from the front row in Japan in third spot after a blistering qualifying run.

But he slipped to 13th in title standings after he crashed his Pramac Racing Ducati.

"We had the front row start and we tried the soft (tyre) option as a gamble," Miller said.

"We hoped it wouldn't happen with the amount of rubber that was on the track, but by the third lap the edge of the tyre got too hot.

"I had quite a bit of a slide into the corners and as the bike flipped back I landed on my head.

"I'll try not to do that this weekend."