The incident happened at the Foxes' King Power Stadium during the boxing match of Nottingham boxer Brad Daws, against Nicaraguan Elvis Guillen. 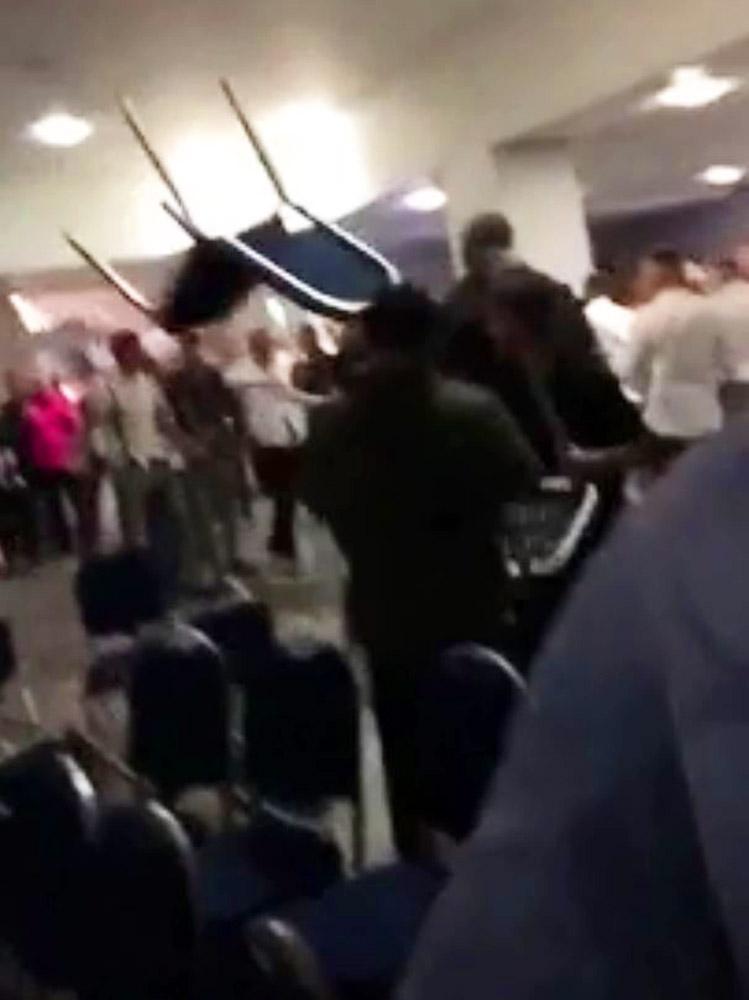 There was around 150 fans from Nottingham who made the short trip to cheer on their local fighter.

But with Leicester fans also in attendance, the violence finally tipped over the edge after the two set of supporters spent the evening chanting at each other.

The fight was sparked when one thug approached another and launched two punches at his face in quick succession.

Others were then involved as pints, punches and chairs were thrown across the room. 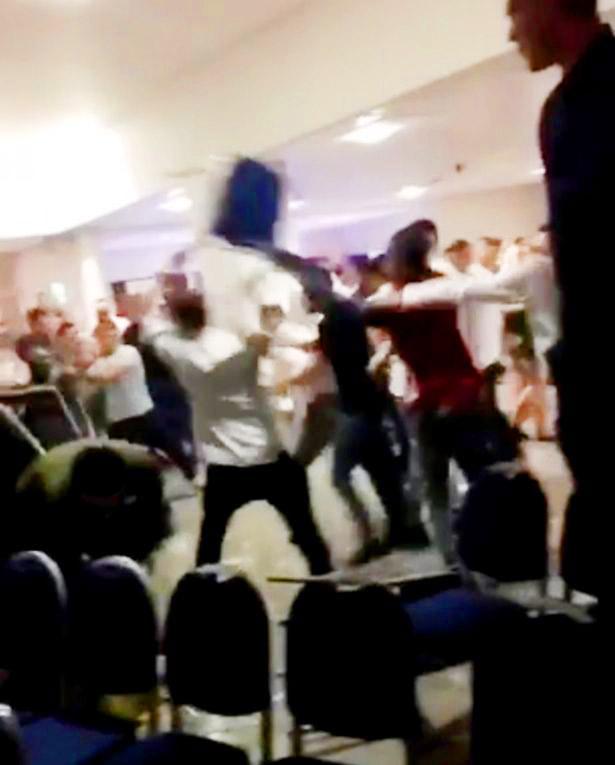 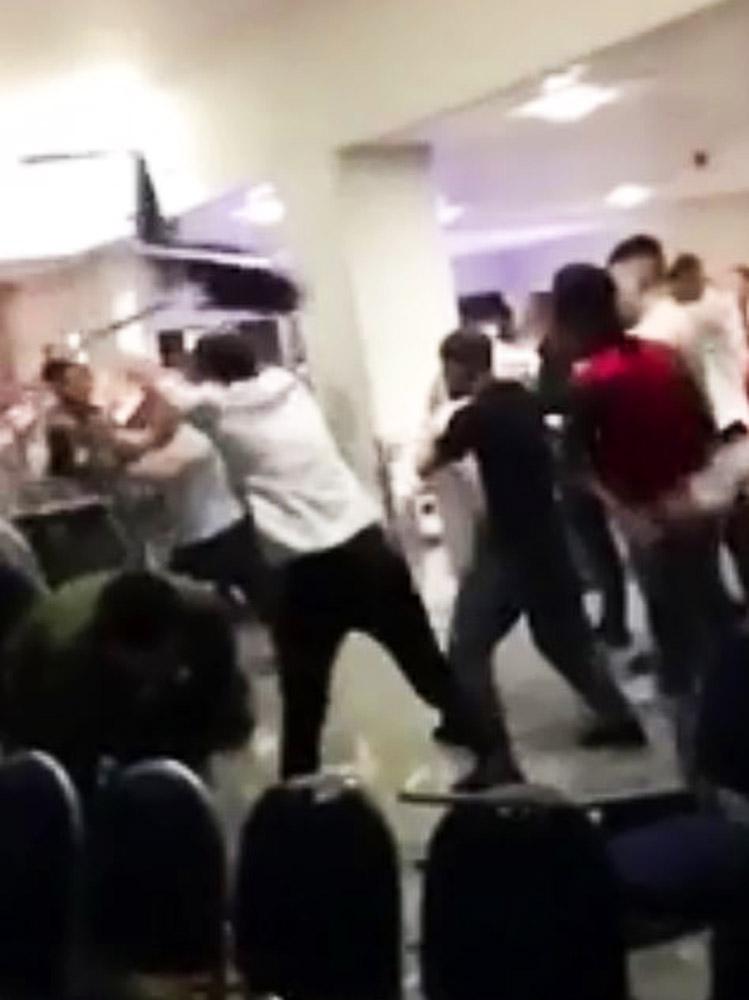 The trouble eventually settled down when security stepped in.

Promoter Carl Greaves said: "Brad did 150 tickets so there was a large Nottingham following there, and that didn't go down well. I didn't put two and two together with the rivalry between Nottingham and Leicester fans.

"His fans were singing about Nottingham, and the Leicester fans didn't like it. The Nottingham lads were told to quiet down, but didn't.

"Scuffling started, and chairs got thrown. But security stopped it quite quickly." 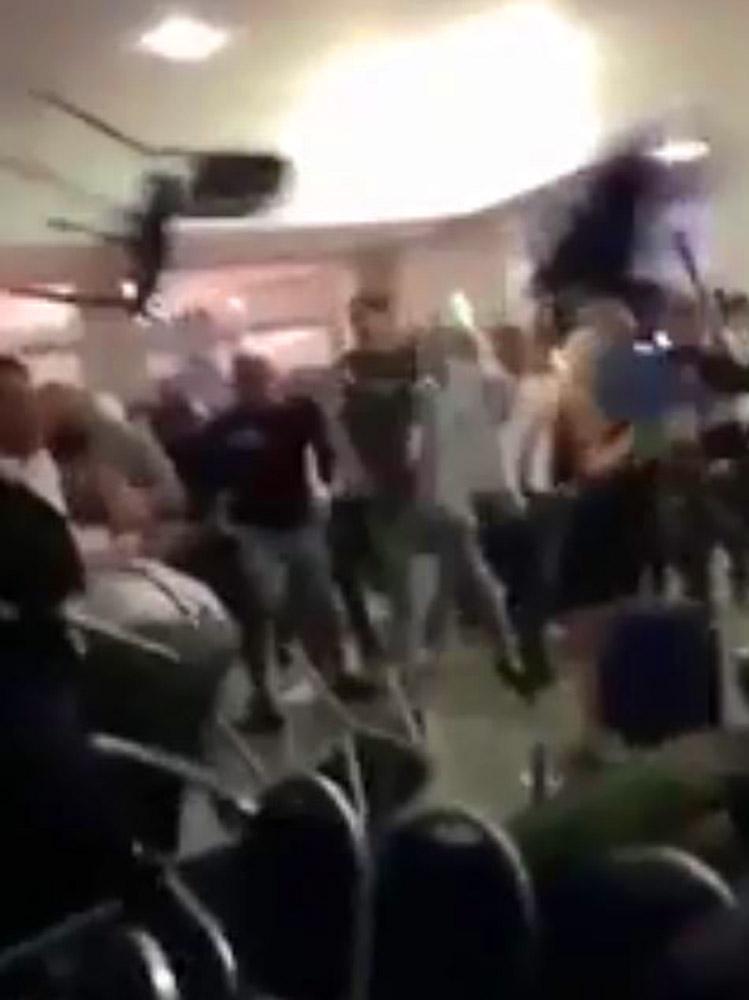 He added: "Brad doesn't follow football, but obviously some of his fans do. It's boxing, but football gets involved."

A club spokesman from Leicester added:“We are reviewing evidence from an incident that took place at the stadium on Saturday evening to determine any revisions to security procedures that may be necessary.

"The club strongly condemns such behaviour and will work with its stadium events partners to prevent any future incidents of this nature.”