Australia's women's World Cup preparations have been dealt a major blow with coach Alen Stajcic stood down from his position on Saturday by Football Federation Australia.

A press conference has been called for midday, where FFA chairman Chris Nikou and chief executive David Gallop will announced Stajcic will not continue as Matildas coach, despite overseeing one of their most successful eras. 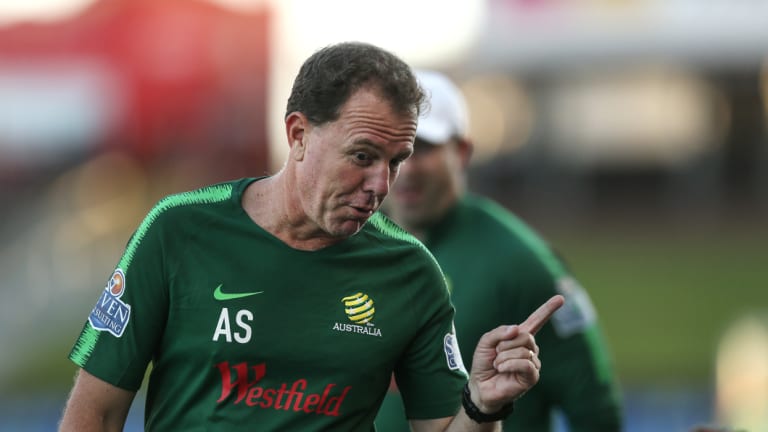 Sources have confirmed the coach's tenure will end immediately. Stajcic was appointed Matildas coach in 2014.

Gallop would not comment on speculation on the coaching upheaval when asked on Friday.

"I cannot make any comment other than I can confirm that we are in the process of looking at all aspects of the Matildas preparation in this critical period as we look towards the great opportunity and challenge of being a genuine contender to win the women's World Cup," Gallop said.

The Matildas enter June's Women's World Cup as one of the title contenders, having landed a place among the top six seeded nations at the tournament.

Australia are set to face New Zealand, South Korea and Argentina in the tournament of nations on home soil, beginning on February 8 before facing the US in a friendly ahead of their 2019 World Cup where they will be pitted against Italy, Jamaica and Brazil in the group stage.