Australian veteran John Millman may not be a huge name in men's tennis, but he has one clear admirer ahead of his US Open fourth-round clash with Roger Federer at Flushing Meadows.

"I'm a big fan of John," said the Swiss maestro himself, who is chasing a sixth title in New York. 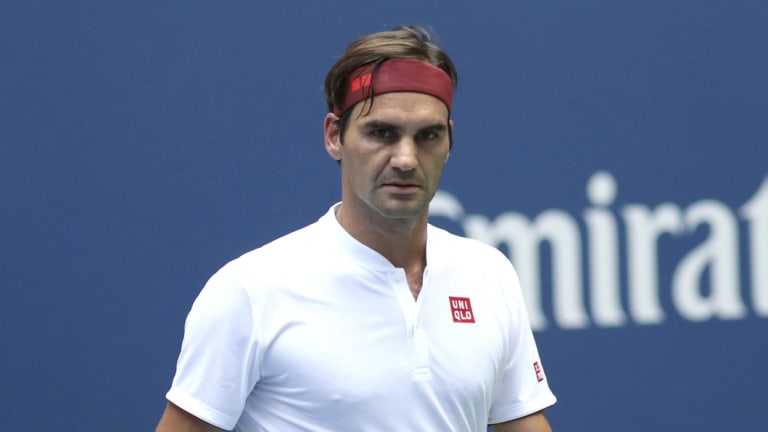 Invitation: Fourth round foes Roger Federer and John Millman trained together in Switzerland.

"Maybe not that many people know him, but he's a real hard-working guy out there and those are the guys who have all the respect from us top players in the locker room.

"He's just come to Switzerland to train with me before the grass-court season so we know each other quite well, a super friendly guy, and I'm very happy for him that he's gotten so far.

Not too many players get invited to Federer's inner sanctum like that, but the 20-time grand slam champion has plenty of time for the Australian, who has battled back from three crushing surgeries and the depths of despair to earn his big-stage opportunity in New York.

Millman was grateful for the invite.

"Any opportunity to hit with the great man, I would take. I would pick up balls for him back then," the 29-year-old said.

"I hit with him also a couple of times between days at the Australian Open. He has always been someone I look up to."

But Millman knows there are no friends on court when it's time to play Federer for a US Open quarter-final berth.

"I am going to try to be as competitive as possible and really battle out there and not play anyone's reputation," he said.

"I am not about that. I have put myself in this position and it is because I am playing some decent tennis right now and I plan to really give my best showing." 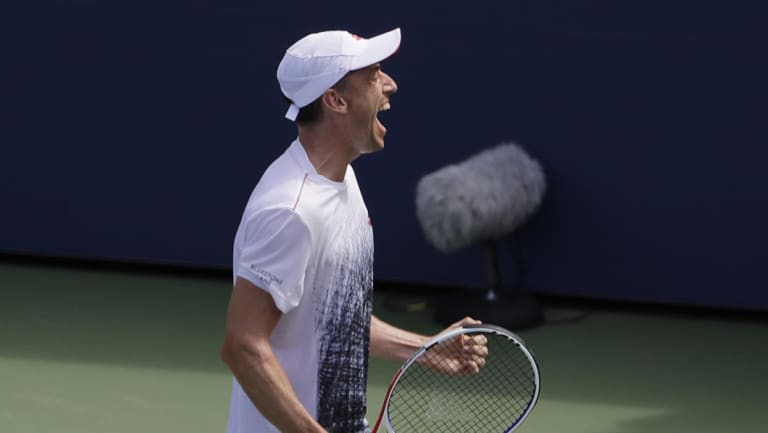 Joy: Millman is enjoying his best run at a grand slam.

Millman's quiet confidence stems not just from breaking into the world's top 50 for the first time after a career-best season, but also a near miss against the great Swiss in Brisbane three years ago.

The Queenslander had Federer on the ropes before letting slip the chance to claim the biggest scalp of his career in front of friends and family.

A huge underdog, Millman is nevertheless intent on not letting his latest opportunity slip by without an almighty fight.

I am going to try to be as competitive as possible and really battle out there and not play anyone's reputation.

"I'm really looking forward to making the most of a second week at a grand slam," he said.

The match is the feature night fixture on Arthur Ashe Stadium, scheduled to get underway around 11am Tuesday AEST.

"It's one of the more iconic courts in the world, so I think that's really cool," Millman said.

"I've managed to play on some of the biggest courts now: Wimbledon Centre Court and Australian Open, Rod Laver Arena.

"The good thing is I managed to have a hit on it first time with Andy (Murray) before the tournament, so that was actually pretty cool."

The winner will face Novak Djokovic or Joao Sousa on Wednesday for a spot in Friday's semi-finals.