Home » Sport » Mitch in the works 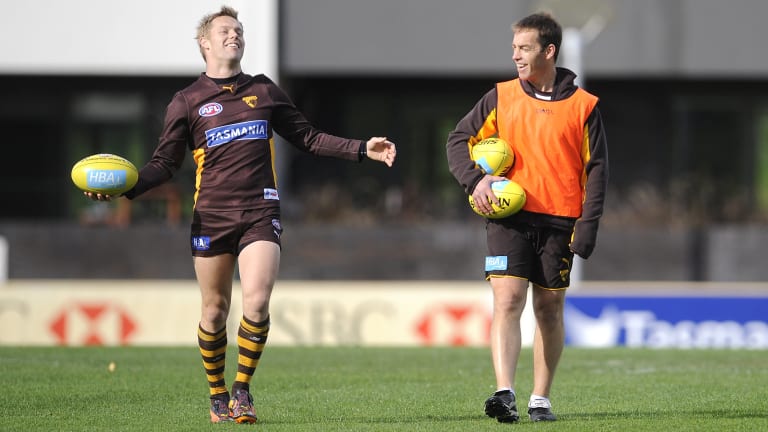 Reversal: Sam Mitchell (left) with Alastair Clarkson during his time at Hawthorn.

Sam Mitchell’s near certain move back to the Hawthorn Football Club, where the plan is for him to act as an apprentice to Alastair Clarkson for the next four years, has left a bad taste in the mouths of the West Coast Eagles, who have every right to feel a little cheated.

Once again this saga, for all the prospective romance of a Clarkson-Mitchell succession plan, exposes the fragility of contracts in football.

Adam Simpson could probably have done without the distraction of the Mitchell story this week as his midfield mentor did the rounds promoting his autobiography and subtly explaining that his family was unhappy in the Eagles’ home town.

Even though he has known since the start of June that Mitchell planned to walk out on the club halfway through his four-year deal, it must have felt a little personal for Simpson. That is particularly so because of the extent to which he rolled out the red carpet for the Hawks champion after his old coach Clarkson has suggested Mitchell might end his playing career with West Coast.
Simpson’s task now is to ensure that his assistant remains fully focused as the Eagles launch a serious assault upon September which, knowing Mitchell’s professionalism, should not prove too challenging. Still it is one task he could have done without.

Mitchell told his West Coast bosses including the disappointed Simpson more than two months ago, shortly before the Eagles’ bye, that he intended to return to Melbourne at the end of the season. Mitchell said his wife Lyndall was homesick and could not remain in Perth.

The club will never know whether Hawthorn or any other club planted the homecoming seed in Mitchell’s head. But while the Eagles do know they cannot realistically hold him to his contract, his departure will come at a cost.

Hawthorn are denying that a potential coaching succession plan is already on the cards to be trialled with Mitchell. But it is telling that Clarkson, having legitimately questioned his on-going position with the Hawks, is now comfortable to continue his fantastic journey. And the club told Clarkson’s longest-serving assistant Brett Ratten last week that it could not guarantee him a job next season, so Ratten has chosen to look elsewhere. 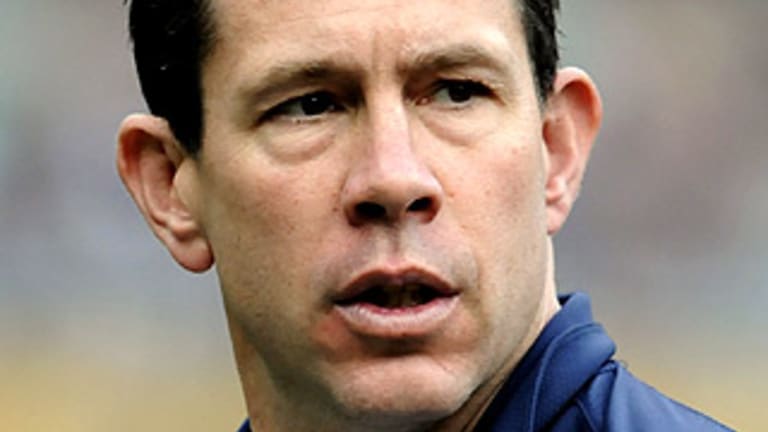 President Jeff Kennett, who has earmarked two directors for a succession plan of his own, has spoken of the club’s ambition to achieve another premiership by 2022. Under the terms of the current negotiation, expected to be completed before the end of this year, that will be the final year of Clarkson’s next contract, and the coach wants Mitchell, for whom he has great football respect, on his new-look team.

You can only imagine how the Hawthorn coach would respond if the shoe was on the other foot and one of his assistants walked out on a contract taking significant Hawks’ intellectual property with him. Not that Clarkson hasn’t been forced to stand by and watch countless good people move over the years from the club into more senior roles.

Most notably at the end of 2016 Hawthorn lost their CEO Stuart Fox to the top job at the MCG and head of football Chris Fagan to the Brisbane coaching job less than a year after president Andrew Newbold quit and became an AFL commissioner. None of their immediate successors worked out and the club – briefly rudderless – learned a lesson about planning for the future.

If you count Fagan and 2008 premiership star Stuart Dew, Clarkson can take significant credit now for seven current senior AFL coaches – five of whom have worked as his assistants.

One of those was Simpson, who had lured Mitchell to the west in something of a coup for him and a statement to the industry that West Coast was a destination club for players and coaches. Mitchell’s decision to defect less than halfway through his generous contract only underlines that Victoria remains the headline act.

The Eagles hierarchy is still unclear about what sparked the Mitchell family’s change of heart as he transformed from a star midfielder in his career twilight into an ambitious coach-in-waiting, seemingly passionate about his move to Western Australia.

As recently as the start of the 2018 season, Mitchell seemed to be relishing his new role and his life in Perth.

Either way, the view back in June was that the club would deal with ramifications of a broken contract come the end of the season.

The Eagles also knew Mitchell’s book tour was looming, but could not have enjoyed all of the commentary that surrounded it this week. Most notably from Mitchell himself.

On Melbourne radio, he described the projected move home as ‘‘a necessity’’, saying: ‘‘I’ve said to the players and the coach that I love them, but I love my wife and my family more…’’

As Simpson responded, tellingly, when asked about Mitchell’s contribution to the Eagles: ‘‘He’s a first-year midfield coach.’’