Australian Olivia Rogowska's quest for a spot in the US Open main draw has gone up in smoke during first-round qualifying.

The 27-year-old world No.159 raced to a 3-0 lead in the first set against Brazilian Beatriz Haddad Maia before losing a tiebreak and being broken three times on her way to a 7-6 (7-3), 6-1 defeat in New York City on Wednesday. 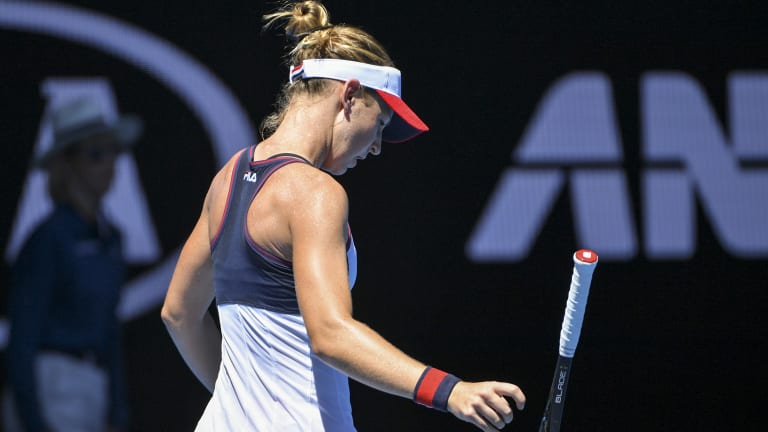 Olivia Rogowska is out of US Open qualifying.

Jaimee Fourlis fared better than her fellow countrywomen, winning through to the second round with a rain-interrupted 6-2, 7-5 victory over Brit Harriet Dart.

The 18-year-old Fourlis, who has never entered the US Open singles draw, will meet six-seeded Serb Olga Danilovic next up.

After vanquishing Bernard Tomic in Tuesday's all-Australian affair, Thanasi Kokkinakis will be second up on court 11 against German world no.125 Yannick Maden.

Arina Rodionova has drawn American Jessica Pegula for the match prior to Alex Bolt's clash against Salvadorian Marcelo Arevalo on court 17.