Home » Sport » Mortlock on Hansen's All Blacks underdog claim: 'It's a load of tripe'

"It's a load of tripe," Mortlock said yesterday.

All Blacks coach Steve Hansen, a master at stirring the pot, made the audacious claim on Monday after selecting another formidable 33-man squad for this year's series, which kicks off in Sydney on August 18. 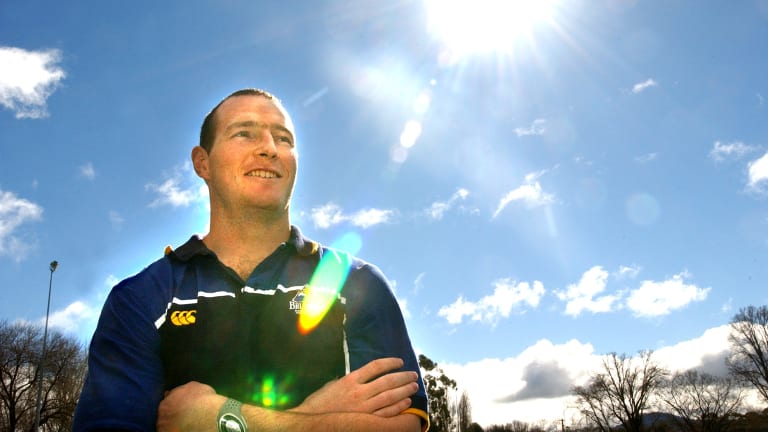 Spade a spade: Stirling Mortlock slammed Steve Hansen’s comment about his formidable side.

Winners of the past two World Cups, the All Blacks have lost just eight of their past 100 Test matches to be the most dominant team in international rugby history.

Hansen played the underdog card on the basis of the Wallabies' 23-18 victory in last year's dead rubber in Brisbane, the most recent meeting between the trans- Tasman rivals.

But it was only Australia's second win in 19 Bledisloe encounters and Mortlock is having none of it as the Wallabies bid to break New Zealand's 16-year hold on the prize piece of silverware.

"If you want to break it down, logically, look at how dominant New Zealand has been. You can go back as far as you want," Mortlock said. "What has it been, 16 years? Or you can say just the last few years.

"Either way, New Zealand's dominance has been outstanding. Not just against Australia but on a global stage. Then, do you want to isolate this year?

"They've won another Super Rugby title and most of their Super Rugby sides are performing quite well. They're in a great situation where they could choose probably two All Black teams and they'd still be a force to be reckoned with.

"There's been a lot of pleasing signs for Australia this year so I'm not going to just write us off but I think it's pretty laughable that Steve could put it out there and claim that they're underdogs."

Mortlock, one of Australia's greatest outside centres, also said he hopes Wallabies coach Michael Cheika goes with the versatile Reece Hodge over Curtis Rona for the vacant the No.13 jumper in the absence of injured frontliners Tevita Kuridrani and Samu Kerevi.

"My mindset on 13 is that it's quite a specialist position and if you put someone in there that's not used to it from an attack and defending point of view, it's not always the best outcome," Mortlock said.

"If Hodgey gets the nod there, I'd love to see him get more than just one game there.

"His strength has been a little bit to his detriment, a bit like Adam Ashley- Cooper.

"He's played so many different positions and he's done it so well but I do think he has a lot of the hallmarks to be a fantastic 13."