The Spaniard will face a second-straight past champion at Flushing Meadows when he meets third-seeded Juan Martin del Potro in the third round. 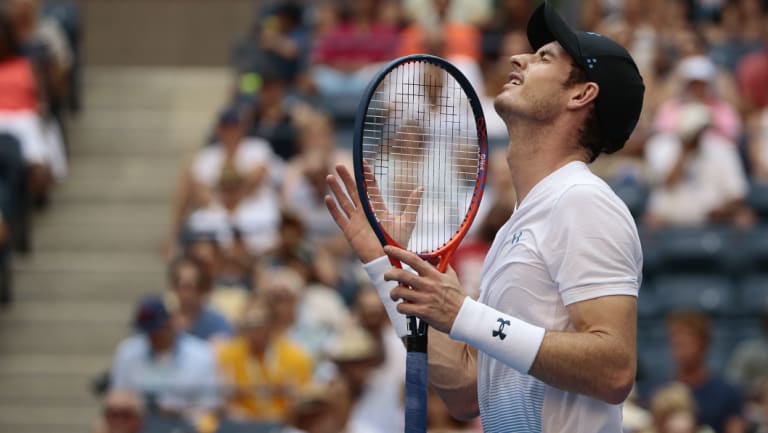 Andy Murray lost in the second round of the US Open.

Murray missed last year's tournament because of a hip injury and didn't consider himself a contender this year because of his lack of preparation.

Verdasco won for just the second time in 15 career meetings with Murray, who had multiple chances to even the final game of a 64-minute final set before the left-hander finished it.

Stan Wawrinka fought off punishing heat and a youthful challenge from French qualifier Ugo Humbert to earn a 7-6 (7-5), 4-6, 6-3, 7-5 victory and a place in the third round.

With temperatures at Flushing Meadows once again nudging towards 38 degrees Celsius on Wednesday, Wawrinka and Humbert battled for nearly three hours and 30 minutes in the shadeless oven that is the Grandstand Stadium court.

Wawrinka – the champion in 2016 but unable to defend his title last year after undergoing knee surgery – had his fitness put to the test by the 20-year-old Humbert playing in his first tour-level event.

The left-hander let the three-times grand slam-winning Swiss know he was in for a long and sweaty afternoon after the first set went to a tiebreak and he levelled the match by taking the second.

But Wawrinka lived up to reputation as a battler and grimly hung on to take the next two sets.

"I knew it was going to be a difficult match. He was a younger player, qualified," Wawrinka said. "I'm really happy with the victory. It was really tough conditions."

Kalinina, 21, was the runner-up in the girls' singles in 2014 and was playing in her first senior grand slam tournament after coming through qualifying.

She took advantage of errors from Stephens to win the first set and then fought back from 4-1 down in the second set to level at 5-5 but the American held firm to win her ninth successive match at Flushing Meadows.

The third-seed fired an ace on match point to complete the comeback, which took two hours and 46 minutes on a hot and humid day on Arthur Ashe Stadium. 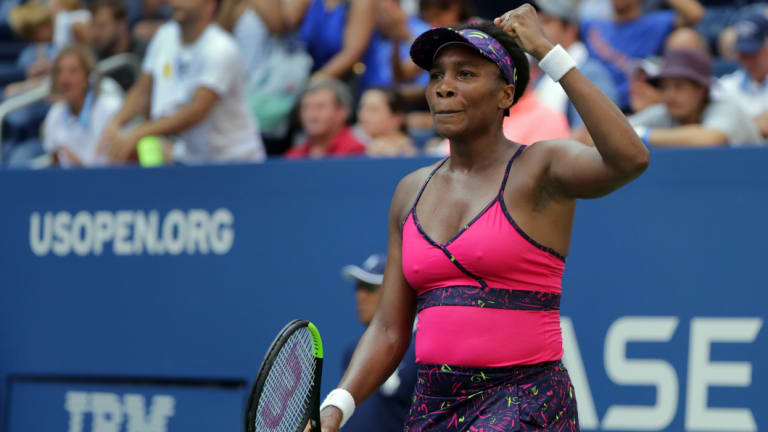 Venus Williams could play her sister Serena in the third round.

"I wasn't playing my best," the 25-year-old said. "It was super hot and that was no fun at all. I was sweating a lot. But I came out in the third set bouncing around."

Also on Wednesday, two-time champion Venus Williams beat Italy's Camila Giorgi 6-4, 7-5 in the second round to set up a possible third-round match against her younger sister Serena.

Venus, seeded 16th, powered through the first set but appeared to lose energy toward the end of the second in broiling conditions inside the newly built Louis Armstrong Stadium.

She said the crowd's encouragement had helped her. "I felt the energy, definitely," Venus said. "That love-40 game at four all was not looking good and you guys really got me through that."

Serena, at No. 17 seeded one spot below her older sister, should face cooler conditions during a night match against Carina Witthoeft.

If she wins, the showdown with Venus would be the earliest between the Williams sisters at a grand slam tournament since they played in the second round of the 1998 Australian Open in their very first meeting on tour.

Other seeded winners on the women's side included No. 8 Elina Svitolina, No.15 Elise Mertens, No 19 Anastasija Sevastova and No.23 Barbora Strycova, all in straight sets.