World No.1 tennis player Rafael Nadal has helped in the clean-up after a deadly devastating flood hit his native island of Majorca.

At least 10 people are believed to have died when torrential rain deluged the town of Sant Llorenc, east of the capital, Palma, on Tuesday evening. 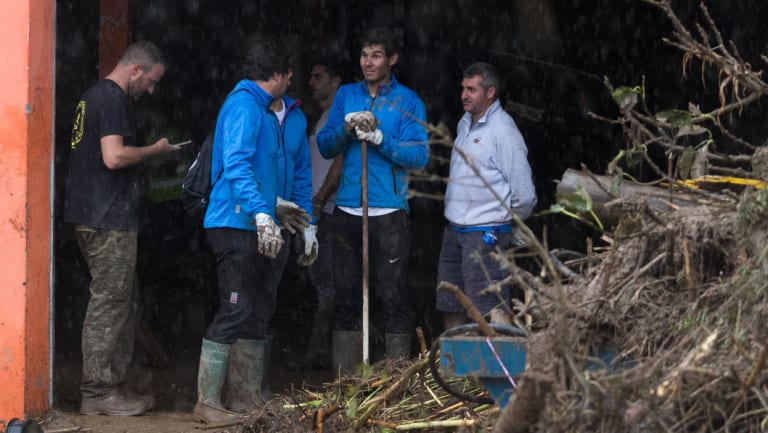 Rafael Nadal (centre) works with residents to clear from homes after flooding in Majorca.Credit:AP

Nadal invited people affected by the severe storms to take shelter at his tennis academy in nearby Manacor and then donned boots to join other volunteers in clearing away mud and water from affected areas.

The website of Spanish newspaper AS posted a video and pictures of the 17-time grand slam winner offering assistance on his home island.

"Sad day in Majorca," the 32-year-old Spaniard said on Twitter.

"My sincere condolences to the relatives of the deceased and injured by the severe floods in San Llorenc.

"As we did yesterday we offer today the facilities of @rnadalacademy for all those who need accommodation."