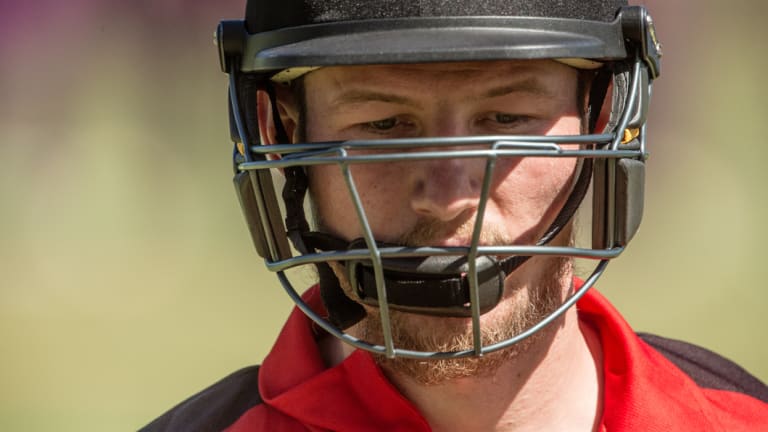 Cameron Bancroft playing in the Twenty20 in Darwin last month.

Suspended Australian batsman Cameron Bancroft is doing all he can to develop personally and occupy his time ahead of the new season, including taking up a yoga course in Melbourne.

The West Australian opener is free to play in Perth grade cricket with local club Willetton from October but cannot resume first-class cricket until just after Christmas as part of his nine-month suspension for ball tampering in South Africa.

A fitness fanatic, Bancroft completed a half marathon earlier this week and has worked diligently on the technical side of batting, for his weakness on the front foot was exposed by England and South Africa before the explosive events of Cape Town.

While his WA teammates begin the new season in September with the JLT one-day series, Bancroft will spend most of his time in Melbourne, becoming a yoga instructor.

"He likes it and it gives him something to focus on. Then he can head home and play club cricket at start of October," one source said.

Bancroft has spoken about his desire for self development through his suspension, including learning Spanish and helping charity groups.

"Mindfulness and yoga is a huge part of my life and a passion. Living in the present moment through thick and thin is something we can all get better at both in sport and life. Nobody does you like you Namaste," he wrote on social media.

In July he said: "As hard as it is to connect learning Spanish and playing cricket for Australia again, they are all little stepping stones to me achieving that dream again."

Bancroft will be the first of the three banned players who can return to first-class cricket and the Big Bash League. He will be free to play in Australia's two Tests against Sri Lanka from late January but will not have any state matches to impress beforehand because while the BBL takes place.

Once the first-class season resumes in February, Bancroft's focus will be on earning a berth for the 2019 Ashes tour.

Steve Smith and David Warner are each suspended for a year until March 29 but there is a push to have their bans lifted earlier.