The plan to turn Australia's elite swimmers into hardened racers, not specialists at racing the clock in domestic trials, has yielded early results as the Dolphins square off against the Americans at the Pan Pacs in Tokyo.

With the towering new 2020 Olympic pool being constructed just around the corner, the meet was treated as a dress rehearsal for the next Games, including the same training camps in Cairns and Nagaoka that will be used in two years' time. 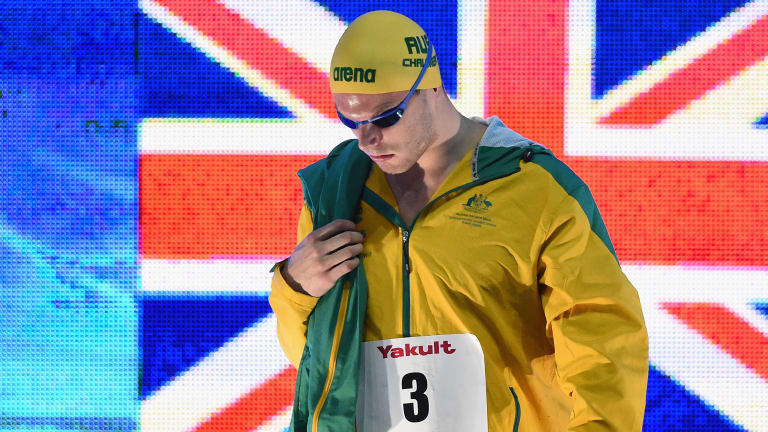 None of that would have mattered if the Dolphins hadn't fronted up in the pool against an American squad using this meet as the trials for their 2019 World Championship squad. As former Olympic 100m freestyle champion Nathan Adrian said before day one, they were here to win.

A habit of looking brilliant in trials then failing to replicate that form at major events, most notably the Rio Olympic Games, saw a change of direction from Swimming Australia brass and the team's head coach, Jacco Verhaeren.

Trials were moved closer to meets to better mirror the more ruthless US system, while premiums were put on sharper domestic competition. More exposure to top-level racing has also been highlighted as part of the Tokyo 2020 plan.

On day one of the Pan Pacs, some swimmers were caught out by lightning-fast heats, many driven by US swimmers desperate to be in the top two of their event and qualify for the 2019 worlds. 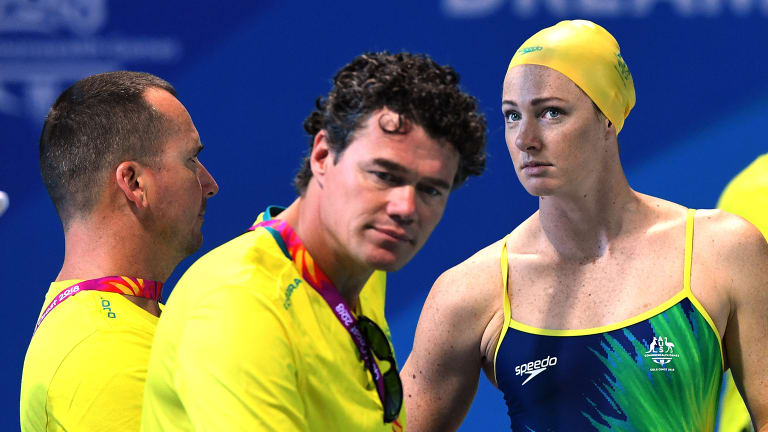 Formidable: Australian head coach Jacco Verhaeren with Cate Campbell. The pair will be pleased with both individual and team efforts in the pool in Tokyo.

A few paid the price for being a touch tentative before the gold medal-winning mixed medley relay, headlined by Cate Campbell's historic sub-51 second relay split that lit a fire through the squad.

On day two, Campbell and Kyle Chalmers both won their 100m events, while the women's 4x200m relay also toughed out an upset win over the Americans, with Madeline Groves staving off Katie Ledecky's anchor-leg challenge.

There was the prospect of more gold on night three, with Olympic champion Mack Horton favourite to take out the 400m freestyle, while Ariarne Titmus was daring to dream in her match-up with Ledecky in the women's edition.

But it has been the fight of swimmers like Chalmers, who was the underdog against American star Caeleb Dressel, and swimmers like Groves and the always gritty Emma McKeon that would be hugely pleasing to Swimming Australia's planners.

Verhaeren had made it clear this was not going to be a disaster should the Americans have continued their dominance over Australia across the pool. With squad spots on the line, they are the ones with more to lose.

But he was equally insistent that the Dolphins were in Tokyo to race hard and compete to win. Given the unrivalled US depth and talent, the latter can't always be the case.

But on the first count, the Dutchman would be mightily pleased with what he's seen from a Dolphins squad that has grown in confidence with every swim.