The introduction of a new analysis system in Adelaide may prove the difference in Australia's bid to become the world's No.1 swimming nation at the Tokyo 2020 Olympics.

Australian head coach Jacco Verhaeren says he is excited by the potential of the technology to be unveiled in two weeks' time in Olympic champion Kyle Chalmers' program that will fine-tune swimmers' skills – an area he believes they "can't win" without. 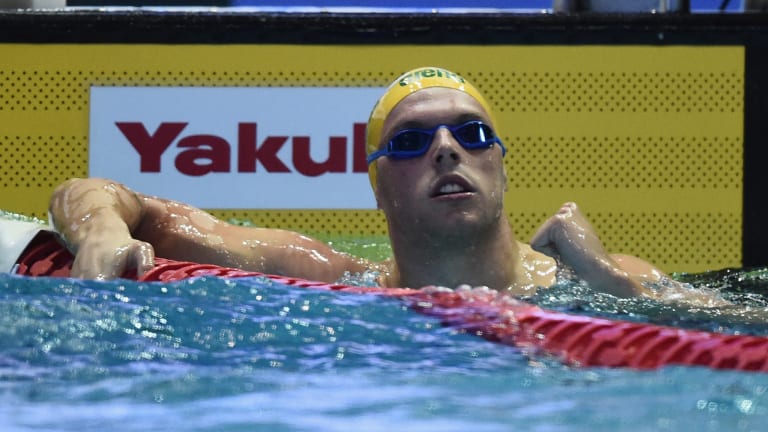 The Dolphins pushed the Americans early at the four-day Pan Pacs in Tokyo, which concluded on Sunday, but in the end finished with eight golds – 10 short of the US.

Verhaeren said skills such as turns and starts had let some of the Dolphins down during the year's biggest meet – even former world champion Cate Campbell, who claimed a career-best five golds in Tokyo.

But he was excited by the prospect of the technology to be unveiled under Chalmers' program in Adelaide.

The analysis system featuring cameras and software to break down the swimmers' skills will be introduced under Chalmers' coach Peter Bishop and will be available to the entire Dolphins squad in the lead-up to Tokyo 2020.

"With the new system arriving in Adelaide in two weeks, it is exciting," Verhaeren said.

"We are going to have a good start/turn analysis system that we can use moving forward, not only for the swimmers in Adelaide but nation-wide.

"You can't win with poor skills anymore. We know that.

"When the difference (in winning) is getting smaller and smaller some will have to put the emphasis on technique."

While the program may be in Rio 100m gold medallist Chalmers' hometown, Verhaeren reckoned rising star Ariarne Titmus may be one of the main beneficiaries as she cranked up her rivalry with American great Katie Ledecky.

Titmus, 17, became only the third woman in history to crack four minutes when she kept the world and Olympic champion Ledecky honest to claim 400m freestyle silver in Tokyo.

"They almost swim at the same pace but the turns and underwater work are still a big difference."

Still, Verhaeren believed Australia were on the right track ahead of the 2020 Games despite coming up short against the Americans in Tokyo.

"I think this meet instils belief in people," he said.

"You can really see that we are competitive and in some cases win the close races.

"It is about the close races. Almost no one wins with seconds ahead. It is all about tenths and hundredths of seconds.