Crowell was celebrating a second-quarter touchdown when he rubbed the ball against his buttocks and threw it into the crowd. 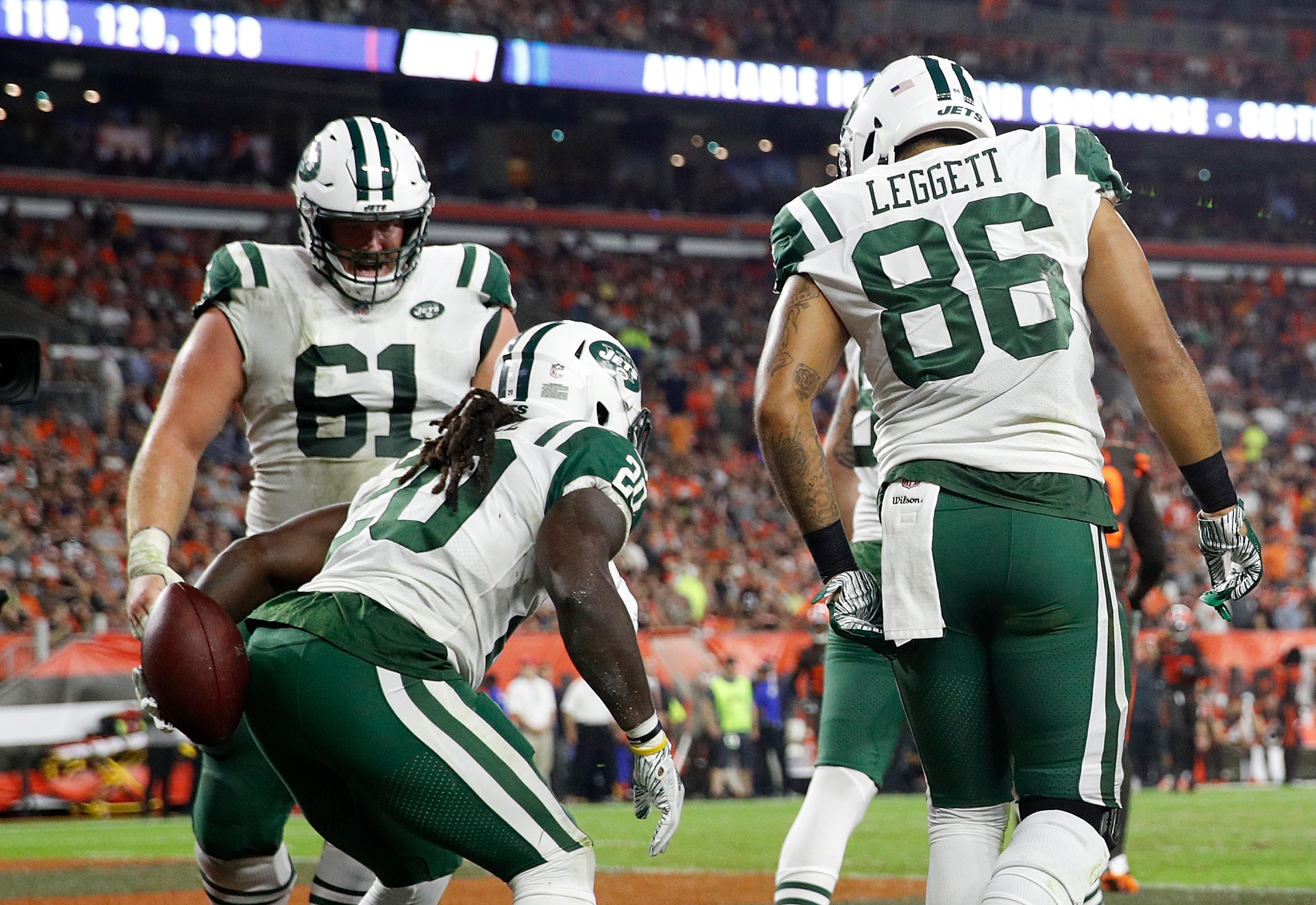 Funnily enough, it was after the flashpoint that his side's progress hit the skids, with the Jets becoming the first side in 635 days to lose to the Browns.

But fans failed to see the funny side to Crowell's actions and were instead left po-faced.

One social media user wrote: "Isaiah Crowell with the most disrespectful TV celebration of all time."

Another said: "Isaiah Crowell providing a whole new meaning to the name Browns with that touchdown celebration." 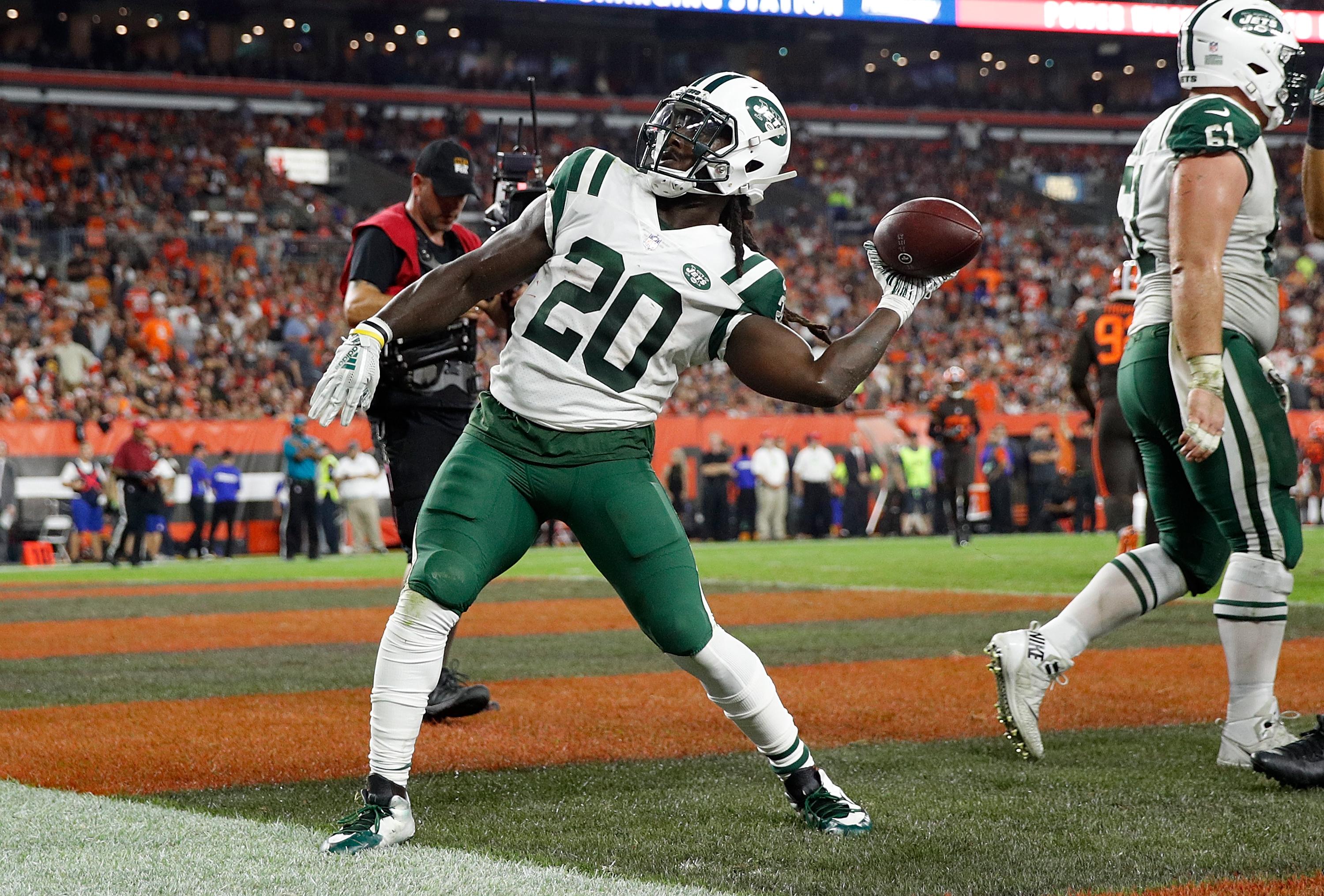 One comment read: "Isaiah Crowell just pretended to wipe his a** with the football, then threw the ball into the crowd, after his second touchdown.

"Not cool dude. Nor classy. Nobody enjoyed that TD celebration."

Another fumed: "That stunt was classless." 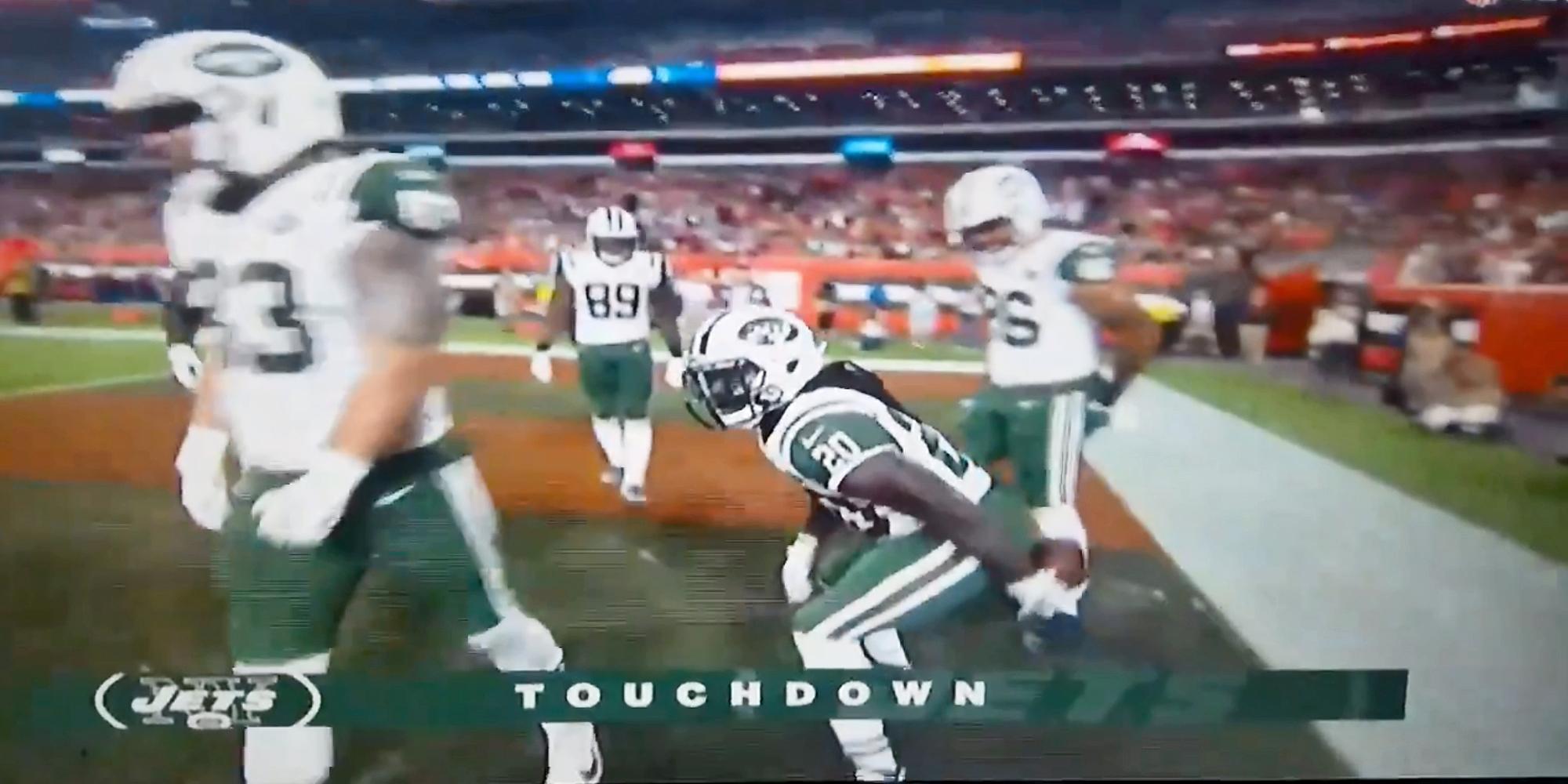 Crowell – who played for the Browns between 2014 and 2017 – was penalised with a 15-yard unsportsmanlike conduct flag and can expect to be fined.

He appeared contrite afterwards, saying: "I didn't think about the touchdown celebration before the game.

"It was just spur of the moment, but I need to control myself.

"I don't think it had to do with the stadium I was at, I just feel like it was spur of the moment. It was just passion and it wasn't a message towards anybody.

"You have to play the game with passion and that is the way I play.

"I did it so I have to accept whatever punishment comes with the celebration."