Star winger Rieko Ioane has committed to the All Blacks for four more years in a significant win for New Zealand Rugby.

The 21-year-old, who has scored 18 tries from 18 Tests, was the subject of intense offshore club interest but has chosen to remain put at his Super Rugby team the Blues. 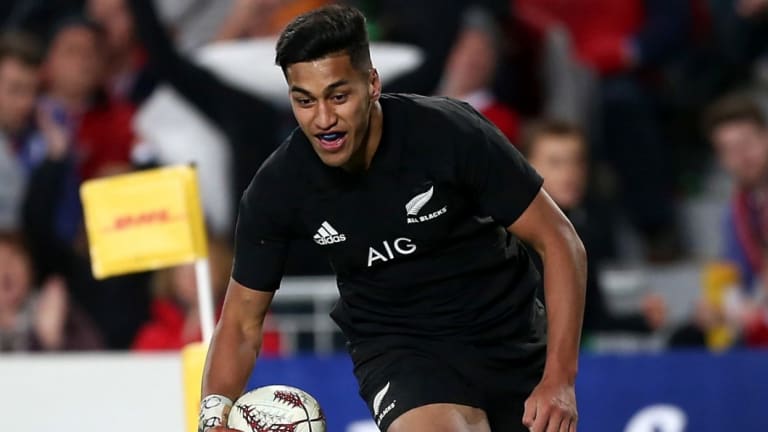 Locked in: Rieko Ioane has committed his future to the All Blacks.

His deal is the longest of any current All Black, taking him through to the end of 2022.

Ioane was crowned World Rugby Breakthrough Player of the Year last year and was also a nominee for the main award.

His electric pace and nose for the tryline has been a key element for the world champions, most notably on last year's tour of Europe when he proved the difference in Test wins over Scotland and Wales.

"I want to give it my best shot at serving the black jersey and, hopefully, I'll get the chance to play at the Rugby World Cup in the future. That's a huge motivator for me," he said.

The brothers are former New Zealand sevens stars who are regarded by All Blacks coach Steve Hansen as among the country's premier young players.

"With his growing maturity and growth in his game understanding, I'm sure we'll see Rieko's game go to even greater heights," Hansen said.

"Akira is also an immense talent who has a bright future in our national game and we congratulate him on his decision as well."