Even without a mother-daughter recruiting rule in Super Netball, business could be about to boom. A new generation of famous offspring is emerging, with names that are not always recognisable, but a few faces that might be.

On current team lists, Fever pair Kaylia Stanton (mother Christine was a Western Australian representative, but more famous as a triple Olympic high jump finalist) and Jess Anstiss (mum Bev, nee Turner, was also a WA regular) are the two who have made it the furthest. 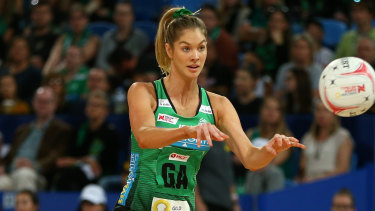 Tayla Honey (or DOD – daughter of Di, the 1987 world championships speedster and long-time Melbourne Vixens assistant coach now in charge of feeder team Victorian Fury) last year made her SSN debut, and had earned promotion to the main Vixens’ squad before suffering an Achilles rupture in the pre-season.

And now, from the famous 1991 world title-winning team, three “daughters of” are either SSN training partners or seemingly headed that way.

“It is good for the sport, and it’s interesting to see if they’re like their mothers,’’ says Honey. “I don’t think they are similar; they’ve all got their own traits, but it is nice to see them coming through. And there are quite a few.’’ For example:

MVP at the recent Australian 19/u championships and Queensland Firebirds training partner is the daughter of 43-Test defender Roselee Jencke, the Firebirds’ triple premiership coach, and responsible for the match-winning interception in 1911.

More recognisable, perhaps, for her mother, the former Carissa Dalwood, spent the last years of her triple-World-Cup-winning career playing under her married name. Latika, the eldest of three daughters to Carissa and former Wallaby Richard, is a Giants training partner.

One of the famous O’Donnell clan, including mum Shelley, another triple 90s world champion, and uncle Gary, the Essendon great. Soon to resume from a stress fracture in her foot, the 17-year-old is an emerging midcourter – taller than her mother, but similarly strong- with the Victorian Fury in the ANL. 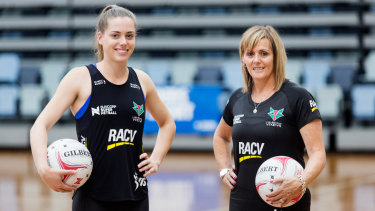 Tayla’s younger sister Olivia represented Victoria in under-age netball and athletics nationals in April. Despite minimal training, the sprinter was a member of the winning 20/u 4x100m relay team and finished fourth in the individual event, so recently chose to concentrate on track and field.

“They’ve both got pace,’’ says Di Honey, of her gals. “I still say I’m the better player, though!’’ [Note: the third Honey child, Josh, is hoping to be selected in the Vic Metro football team after promising performances for the Western Jets. Dad Neil was a Commonwealth Games medal-winning pole-vaulter and uncle Gary Honey an Olympic long jump silver medallist.]

Di Honey is now coaching O’Donnell’s daughter at the Fury, and positive about what she has seen. “Hannah is quite quiet and reserved – nothing like her mum!’’ laughs Honey. “She’s a very good player, with a lot of potential, so she’ll be one to watch in the future. She’s consistent and composed and versatile.

As to why generation next is emerging now, no-one has an answer. “Did we change eating habits around that era?’’ muses former Australian captain Annie Sargeant. “Or did they marry well, and the husband’s genes are getting a look-in, maybe, in combination?’’

Sheer weight of numbers may have something to do with it, as confirmed by the most recent Ausplay participation data. But, certainly, there are more choices now for girls aspiring to play a team sport at the elite level, where once the field was far narrower and the football codes, for example, a mostly male domain.

While all three of Carissa Tombs’ daughters have come through the NSW representative pathways, netball was never forced upon them. “We tried a few different sports and I was happy for them to go in whatever direction they wanted to – except swimming, I wasn’t prepared to get up that early!’’ says the veteran of 91 Tests. 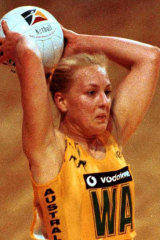 “For Latika, it was just what her mates were playing at the time, and you just tend to follow. So it sort of happened organically, it wasn’t pushed at all. She loved it from the first time she played it, and was always just drawn to the team environment.’’

Does she recognise herself in Latika, the player? “I don’t. People say they can see bits of my play in her, but I don’t see a lot of it, to be honest.’’ Not so the facial resemblance. “Richard thinks she’s been cloned. The poor kid.’’

Melbourne Vixens coach Simone McKinnis agrees that some of her former teammates' children "are like miniatures, but they all make their own path and they’re all different and they’re all good netballers in their own right’’.

Tombs and O’Donnell have daughters in the same age group, with Hannah’s injury thwarting a possible revisiting of national titles past. “Can you imagine if our girls were playing against each other? It would just be same, same, but different!’’ says Tombs.

“Shelley and I went through all those years of playing centre against each other, Victoria-NSW, and it could have potentially been the same.’’

Add Jencke’s daughter and a Honey or two, and #NextGen is arriving. Says Tombs: “We just need a few more and we can select our own team.’’