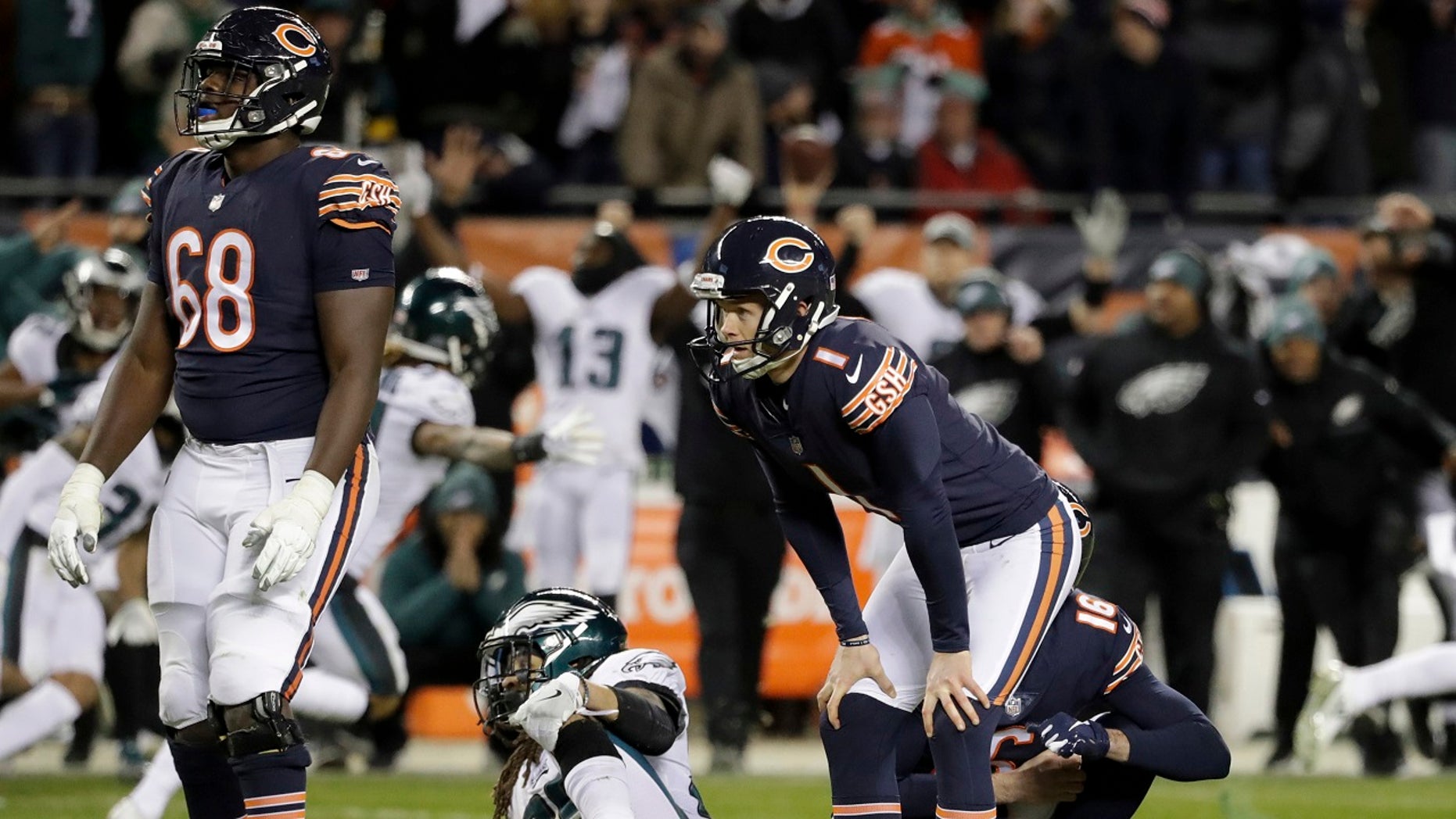 The NFL's Chicago Bears next month will cut kicker Cody Parkey, known for his infamous "double-doink" kicks in both the regular season and playoffs, reports said Friday.

Parkey, 27, missed on a 43-yard, potentially game-winning attempt in the Bears' NFC wildcard playoff game against the Philadelphia Eagles last month, Yahoo Sports reported. The kick became known as a "double-doink" because it hit both an upright and a crossbar of the goal post as time expired.

Replays later showed the ball had been partially blocked by an Eagles defender as well.

It was the sixth time during the season that a Parkey kick had hit the upright and then the crossbar, according to the Guardian.

But despite the playoff kick being partially blocked, the five-year veteran took much of the blame from fans for bringing the Bears' season to an end, Reuters reported.

“You can't make this up. I feel terrible. I let the team down. That's on me. I have to own it. I have to be a man. Unfortunately, that's the way it went today,” he said after the game in January, according to ESPN.

"The #Bears have decided to release K Cody Parkey at the start of the league year, sources say," Ian Rapoport of the NFL Network tweeted. "A fresh start is welcomed by both parties, and the Pro Bowler will likely find work quickly. He’s still due $3.5M guaranteed on his 2019 contract."

In Parkey's one-year stint with the Bears, he missed eight field goals and three extra points, the Chicago Sun-Times reported.

The Bears had given Parkey a four-year, $15 million contract 11 months ago, but will pay him $3.5 million this year to kick for another team, the paper reported.