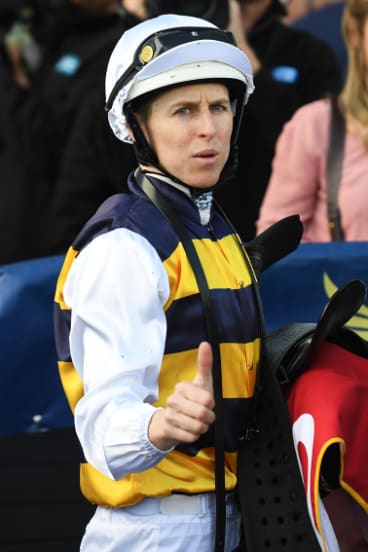 Darren Weir’s Night’s Watch, given a cool ride by jockey Damian Lane, got up in the final strides of The Naturalism Stakes to justify heavy market support and win his way to a guaranteed start in the $5 million Caulfield Cup next month.

The only blot on the horizon is that he finished lame after the race.

Weir has been trying to get the former Kiwi into the cup field all spring and he had been frustrated by his narrow defeat in the Dato Tan Chin Nam Stakes at The Valley last time out when a slow start cost him.

The five-year-old son of Redwood was tardy at the jump again, but Lane galvanised him in the dying stages to see off another former New Zealander, Rising Red, in the shadows of the post as the 16-strong field fanned across the course in the drive to the line.

The Matt Ellerton/Simon Zahra-trained Odeon also flashed home in the closing stages to finish a long neck and a short head behind the winner in third place.

English challenger Folkswood, the first of Godolphin trainer Charlie Appleby’s invaders to run this spring, was prominent throughout but faded in the straight under English rider James Doyle and finished last.

It was a thrilling denouement to a race that always gives some strong clues to what might unfold in the 2400-metre cup in a month’s time.

The 2016 winner, Jameka, went on to score in the big one, while Douro Valley, the 2007 winner, ran second in the Caulfield Cup behind stablemate Master O’Reilly.

Weir has never won a Caulfield Cup but Night’s Watch looks to give him a strong hand alongside favourite Kings Will Dream, also in the Weir yard.

Connections will be keenly waiting to hear from Racing Victoria handicapper Greg Carpenter early next week as to what penalty he may get for winning The Naturalism.

Lane’s coolness won him the day, but credit must also go to Linda Meech, who almost stole the race on outsider Rising Red from the Trent Busuttin/Natalie Young stable when she stuck close to the rails and was only run down late.

‘‘It’s good, he was breathtaking late, but I am glad he has got the bob right,’’ a relieved Weir said after the race.

‘‘He did it last start and then he did it again there. He just didn’t begin well and then he gets back a bit further than you would hope.

‘‘They ran a quick furlong, which helped him as it might have softened them up a bit late.’’

Night’s Watch, not unlike his stablemate Humidor, has been tricky to manage as their race day manners have not always been good.

But Weir said’: ‘‘He is starting to show the potential he showed early days. I thought he got beat on the line, but it’s good that he has won a nice race because he deserved it.’’

Assuming he comes through the race well, Night’s Watch will now go for the Caulfield Stakes, a week before the Cup.