Home » Sport » No rest for Jack in Coleman Medal race

In the last two weeks Richmond captain Trent Cotchin and ruckman Toby Nankervis have missed games with soreness. The club says they were not rested but their injuries were helped by just the one week off.

Full-forward Jack Riewoldt is as important to the Tigers as any player. Riewoldt leads the Coleman Medal race by two goals. Riewoldt is not going to be 'rested' this week.

Ex-teammates were amused by the thought of Damien Hardwick broaching the idea this week with the star full forward about having a rest before the finals.

Riewoldt who has won the medal twice before – in 2010 and 2012 – is poised to win the medal for a third time. With the Tigers playing the Western Bulldogs this week he would be hopeful if not favoured to hold his lead over the competition. Riewoldt kicked 4 goals last time against the Dogs, and two in each of the previous two games before that.

At least one well-known full-forward with a reputation for not watching football games surprised and amused friends when he developed a sudden interest in the scores of games involving the goalkickers that threatened to beat him to the medal.

Which brings us to Buddy Franklin. John Longmire  admitted after the win on the weekend that Franklin, whom he said recently had been able to train for about 20 minutes this year, was no guarantee of playing this week.

The 31-year-old has a heel  problem and has missed games with it already this year. It would doubtful he would miss a game that shapes the top four when there is a bye next week, but Longmire said it was possible.

"You just go from week to week, you can't map out anything you just go with how he is feeling," Longmire said.

"That's what we try and do …  He's had a little bit more (training) in the last couple of weeks but we're not going to push it.

"He's just such a competitor, he just loves getting out on the footy ground and competing hard." 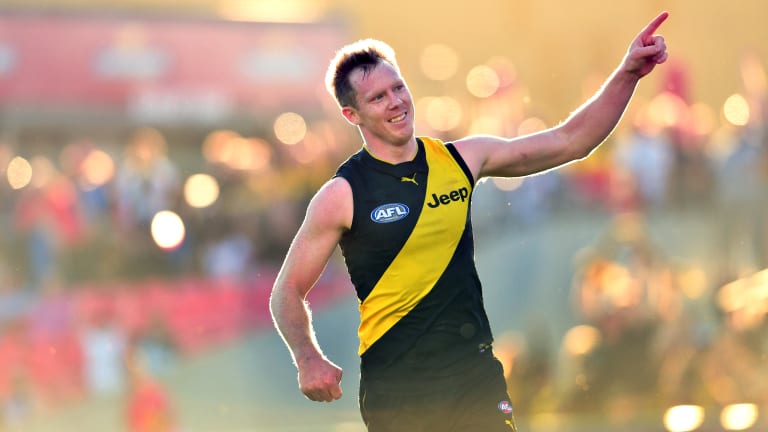 Riewoldt will play. He won’t be rested. He leads the Coleman Medal race by two goals.

The Swans forward has hit a purple patch with 13 goals in the last three matches – including five goals four on the weekend – and is surging into calculation to win back to back medals and his fifth Coleman Medal overall.

He plays his old club Hawthorn this week with James Frawley injured in the last match and in some doubt to be fit to play on him this week.

James Sicily is still recovering from his broken wrist (scaphoid bone) and will not play until at least after the bye.

In any event Stratton is Franklin’s most likely opponent as he has the speed, strength and athleticism to compete with Franklin if not the height.

Ben Brown is second to Riewoldt in the leading goal kickers at the moment but the highly effective North full forward was held goalless by late inclusion Andy Otten in the Roos loss to Adelaide at the weekend. 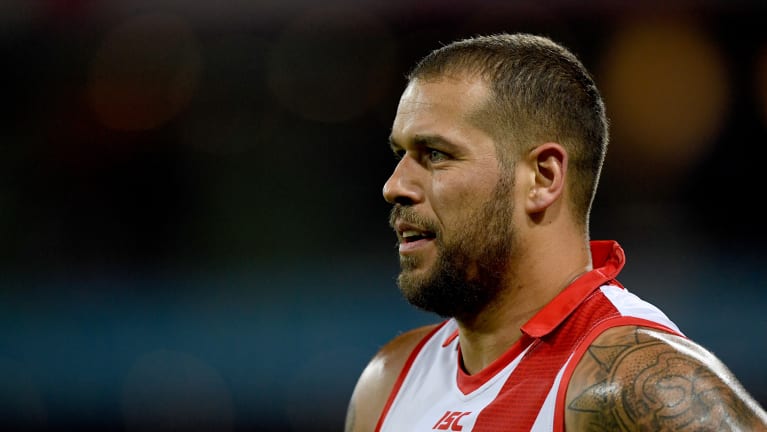 Lance Franklin is on fire. And he is lurking.

He might fancy leapfrogging Riewoldt because the Roos take on the Saints this week and he booted six goals against them they last time they played.

Tom Hawkins has never won a Coleman Medal, which is a surprising fact to be reminded of given he has been the best genuinely power forward of the last decade. He has been the Cats’ leading goal kicker for the last six years but never the competition’s best. His best haul was 68 goals in 2014.

Hawkins booted six of the Cats' 24 goals against the Dockers last round and now they play they play the even lower ranked Gold Coast at home in what shapes as a chance for Hawkins to gorge on goals.

He is likely to get Steven May, who is a respected key back man, but then again May also played on Jack Riewoldt recently when the Tiger forward booted 10 goals.

Regardless of who wins the medal the final tally will probably be under 70 goals again. Only twice in the last seven years has the leading goal kicker kicked 70 or more. No player, since Franklin a decade ago, had a 100 goal season.

In 1987 when Jason Dunstall kicked 94 goals Dermott Brereton booted 64 goals from centre half forward. That might win him the medal this year.