Djokovic was better in every department as Federer struggled to find his usual, effortless rhythm at a place that has brought him so much success over the years. 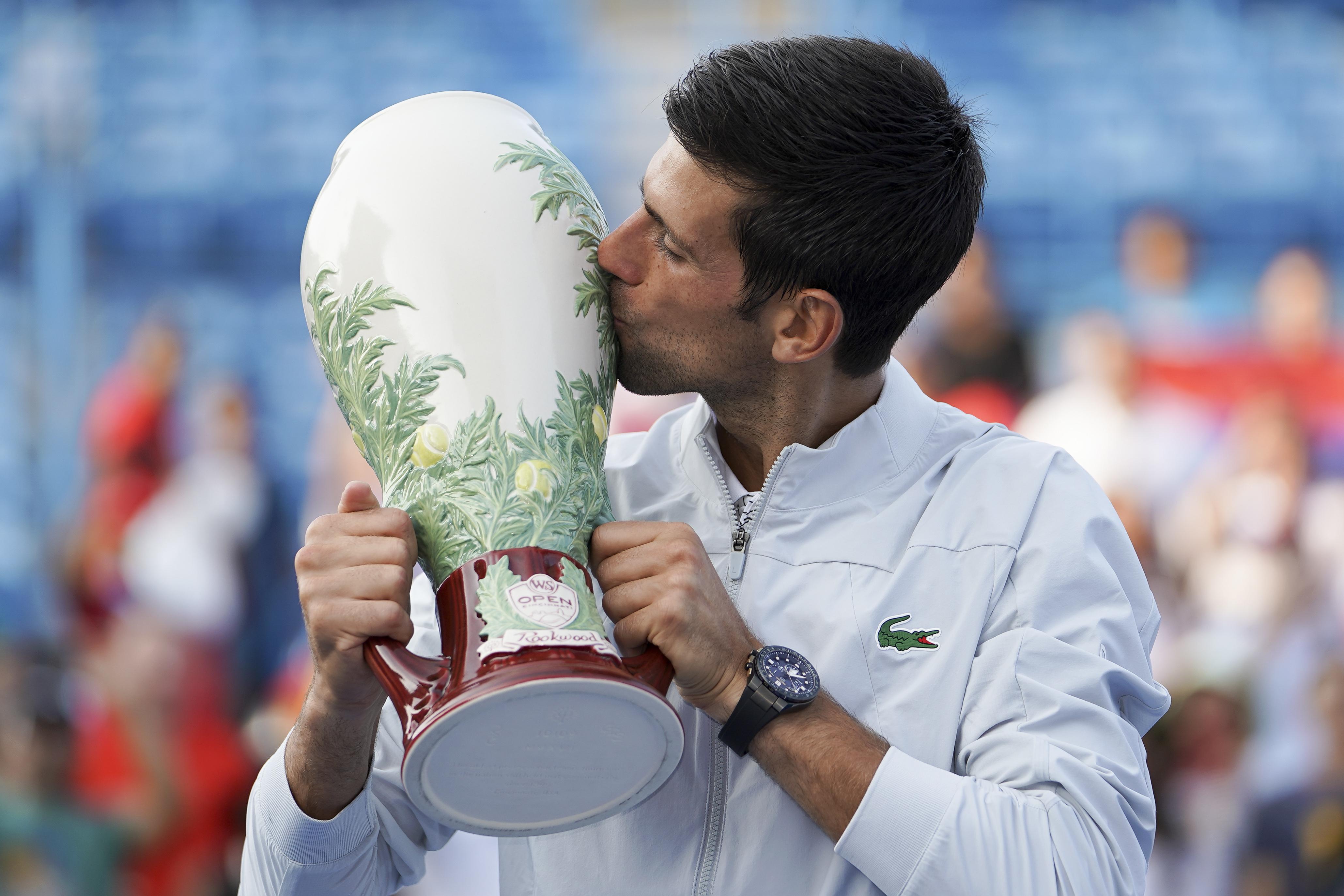 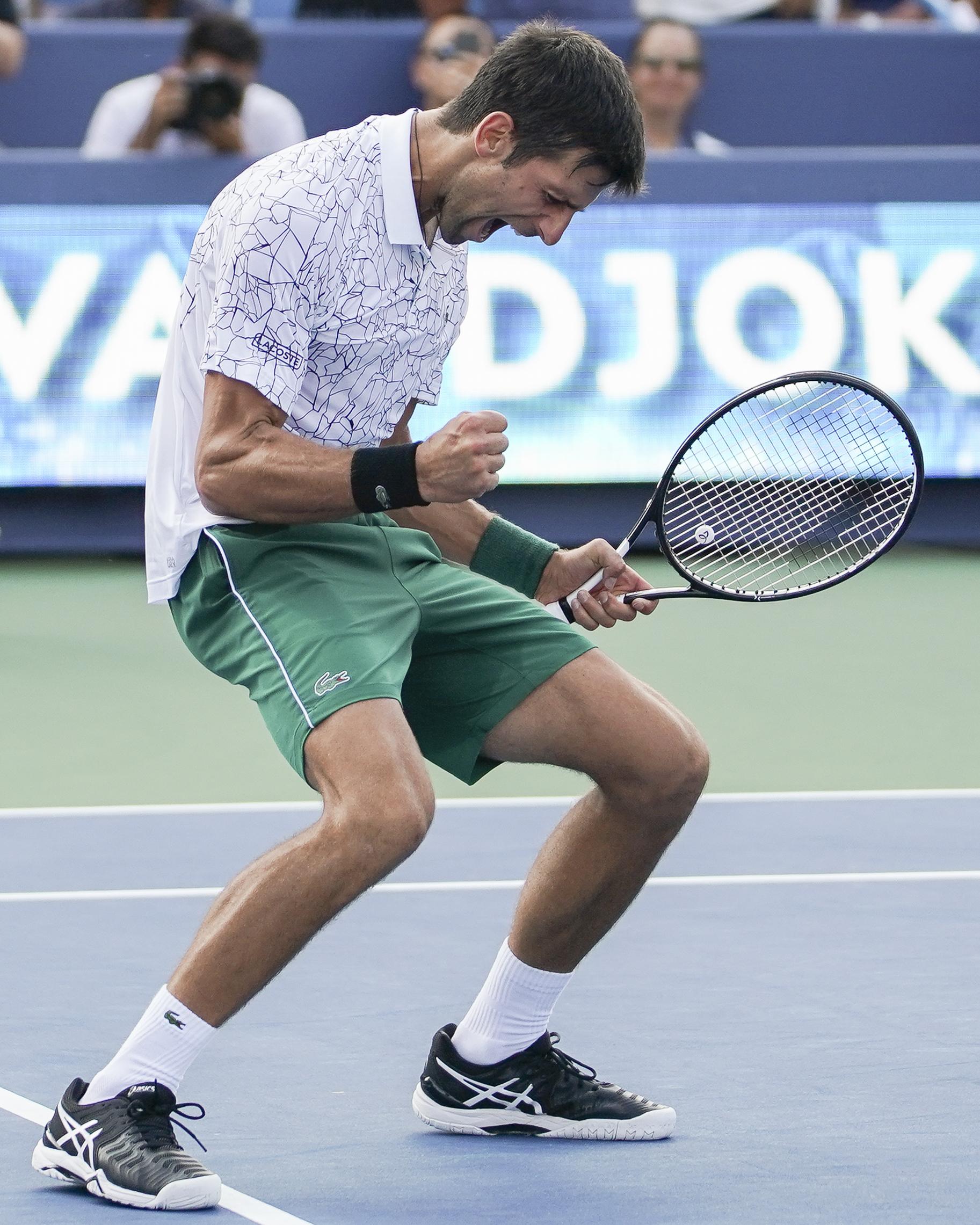 Djokovic saw off his 37-year-old opponent in 1hr24min in what was, in truth, a dominant display from the Serbian star as he extended his record to 24-22 over the Swiss.

He served out for victory at the first attempt and fittingly it was a wide, unforced error from Federer, his 39th of the match, that secured the win.

Federer went into the final looking to secure an eighth Cincinnati crown from eight finals and level up the all-time head-to-head between the two.

But with Djokovic losing his five previous finals at the tournament and knowing victory would complete the set of all nine Masters titles, it was the Serb who started the better. 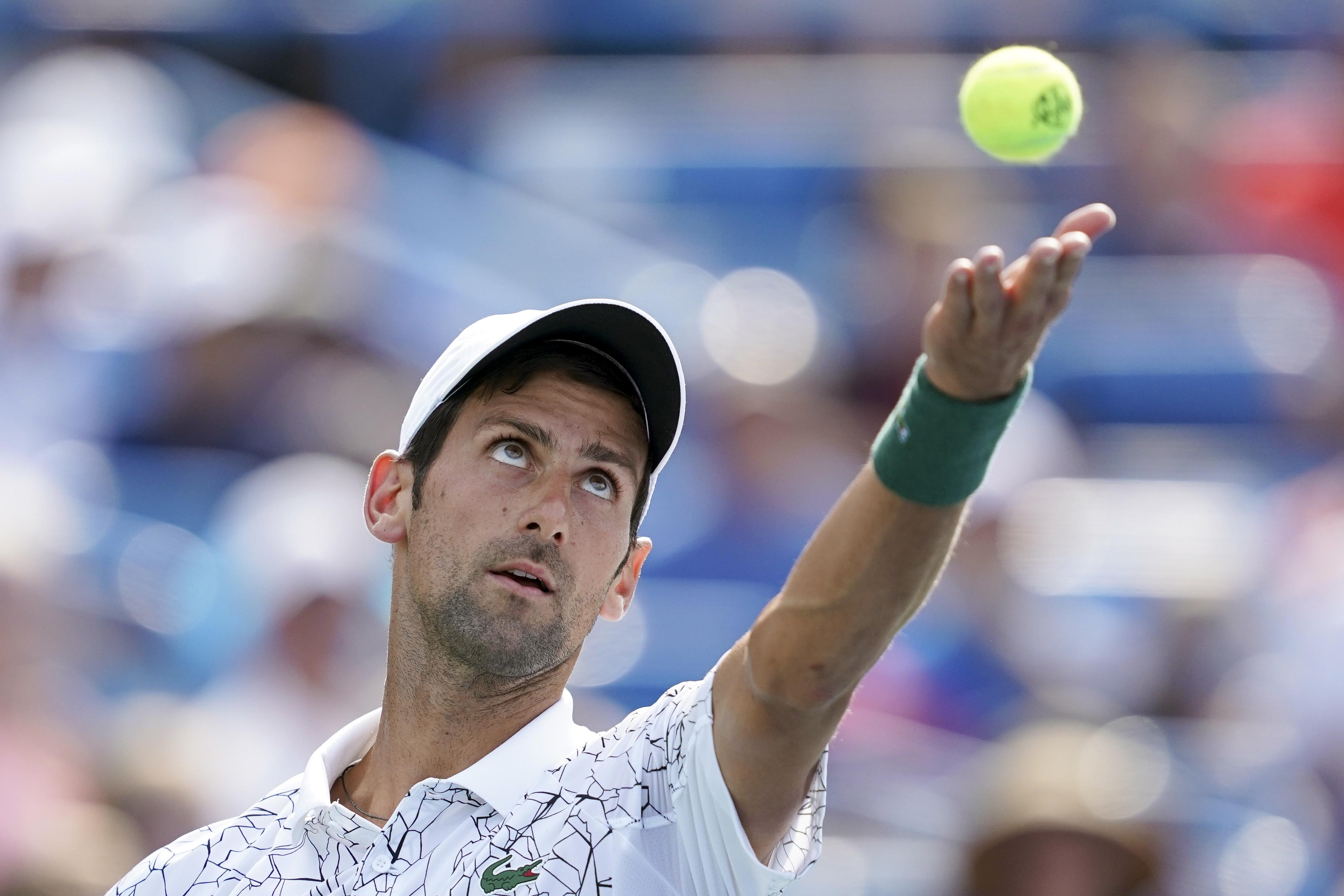 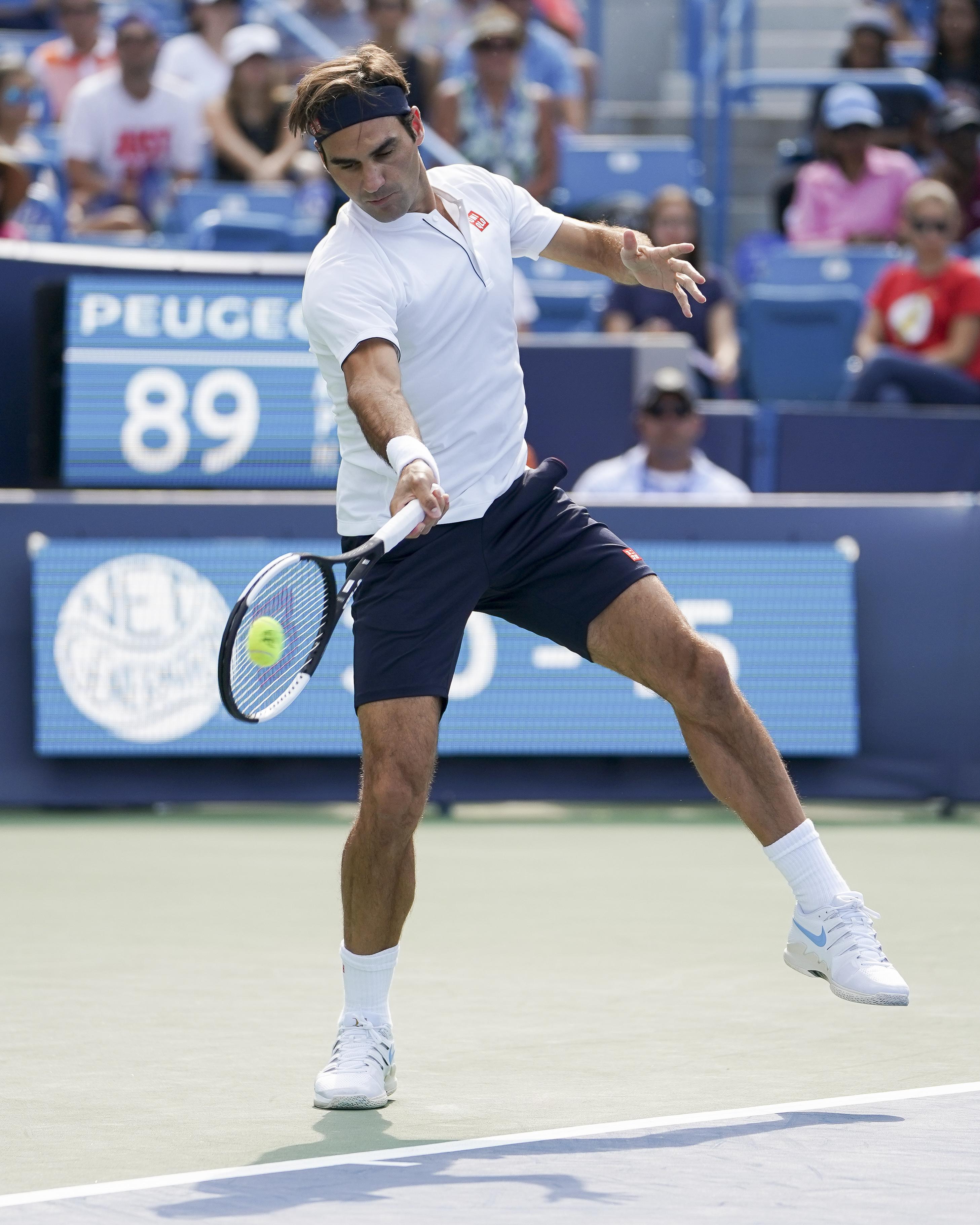 He earned himself a pair of break points in the opening game but Federer held on thanks to some bold serve-and-volley tactics.

A series of comfortable holds followed from both players – Federer's to make it 3-2 was his 100th successive service game won at the Cincinnati Open, a record dating back to 2014.

Ironically, it was in the Swiss' next service game that Djokovic got the all important break in the first set, with Federer inexplicably missing the ball with a forehand.

Djokovic was looking good, unbreakable, as he stormed on towards the first set, holding out for 6-4 as Federer's limp backhand into the net at 40-15 summing up his opening 37 minutes. 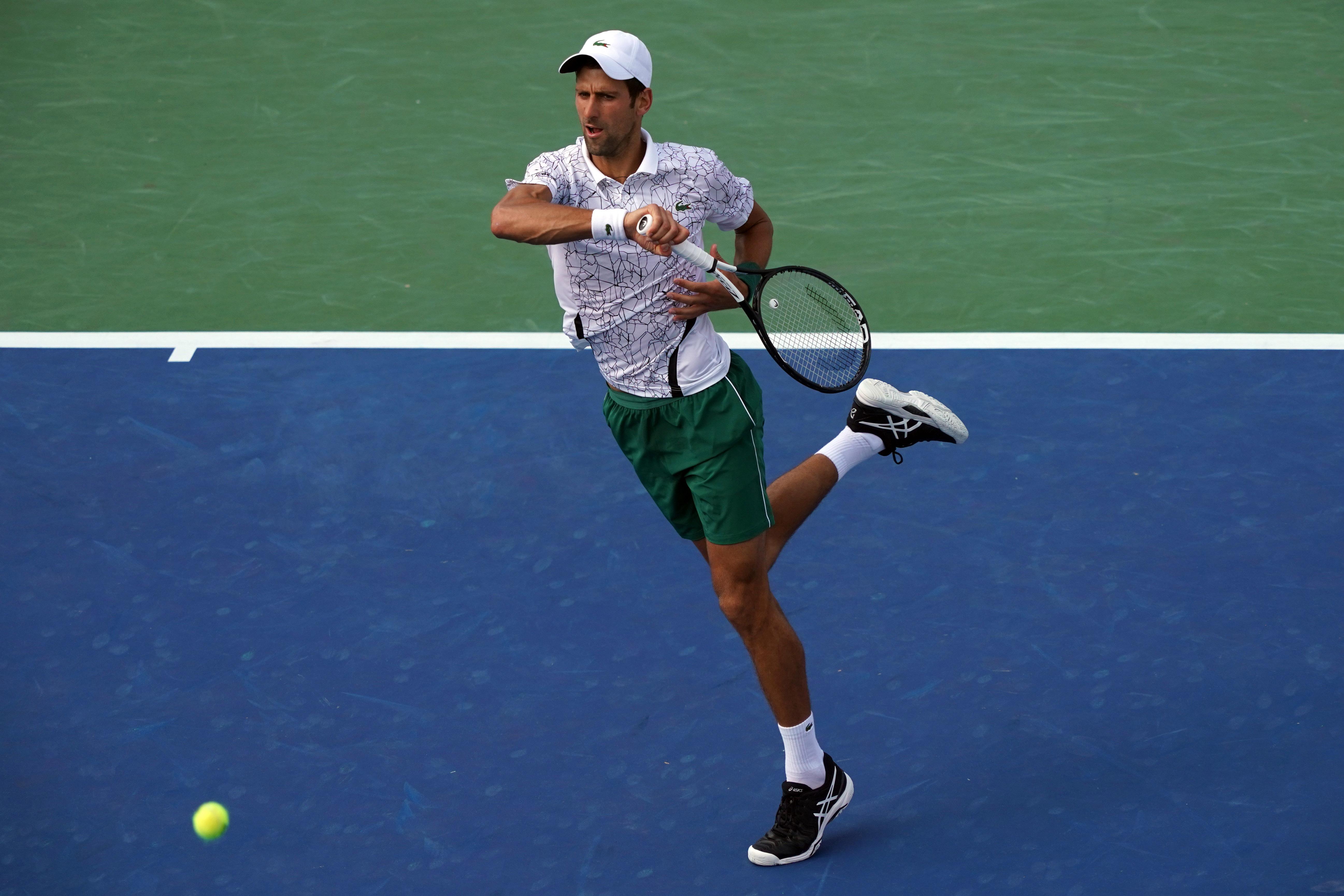 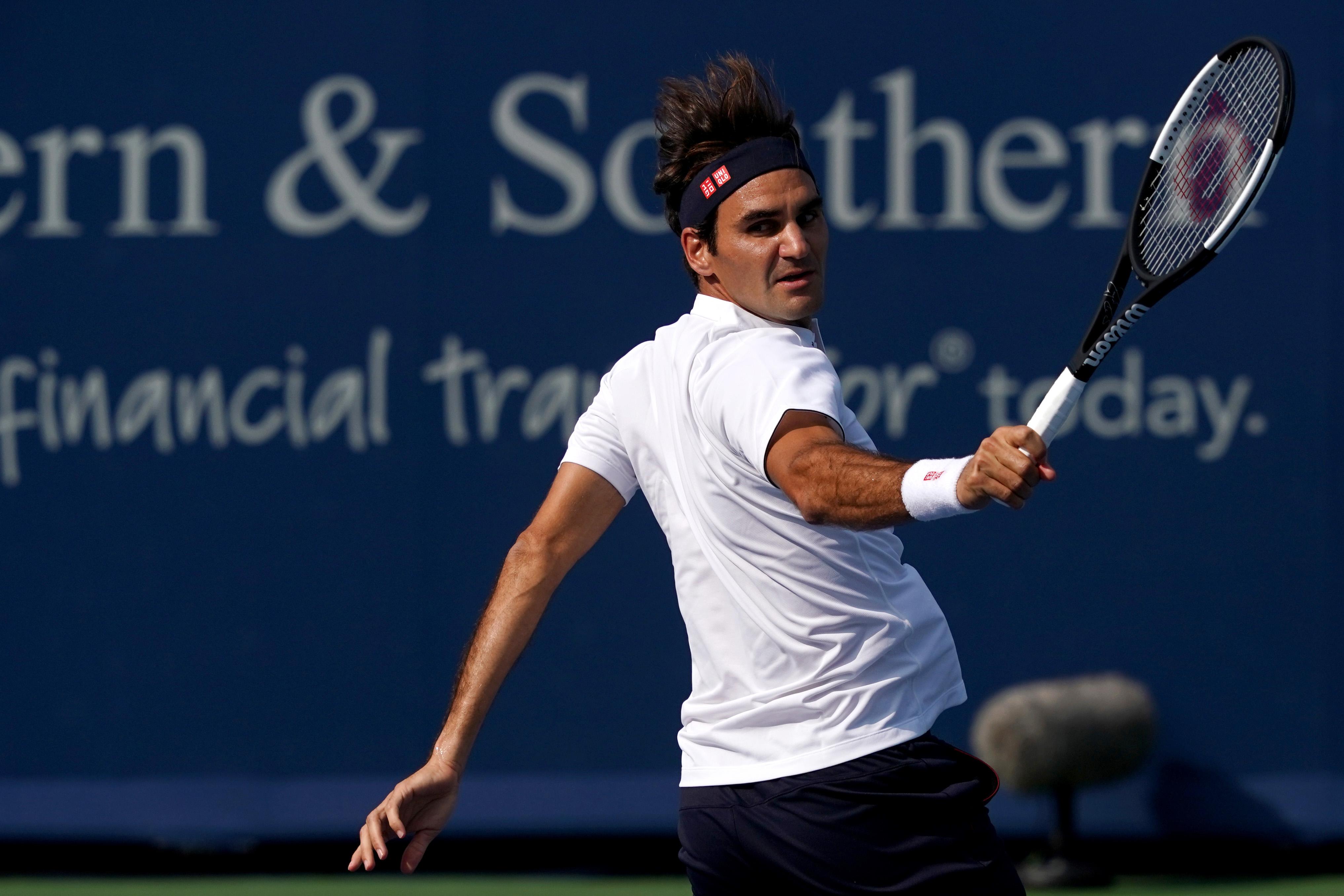 Serving at 0-1 in the second, though, the No10 seed and Wimbledon champion allowed Federer a lifeline, double faulting on break point to give Federer the advantage.

There is a reason why Federer has been so dominant at this tournament over the years but he did not show it in the next game, double faulting and hitting a simple forehand wide to hand back the break as easily as he'd won it.

Then it was time for the hot topic of the week to take centre stage: the shot clock.

When Djokovic came out after the change of ends, preparing to serve, the crowd volume increasing, the chair umpire called the 31-year-old for a time violation warning, leading to a short exchange at the net between the two. 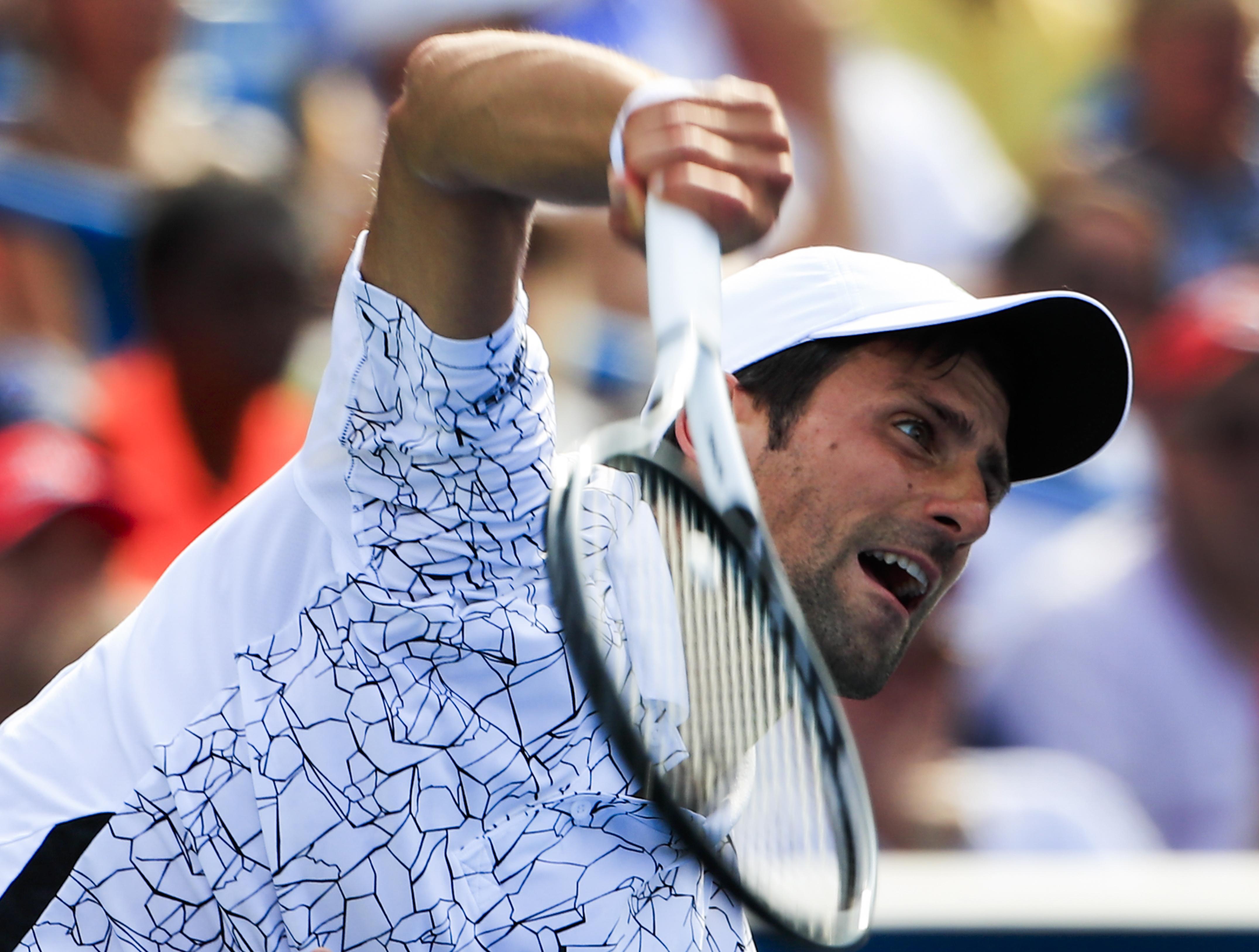 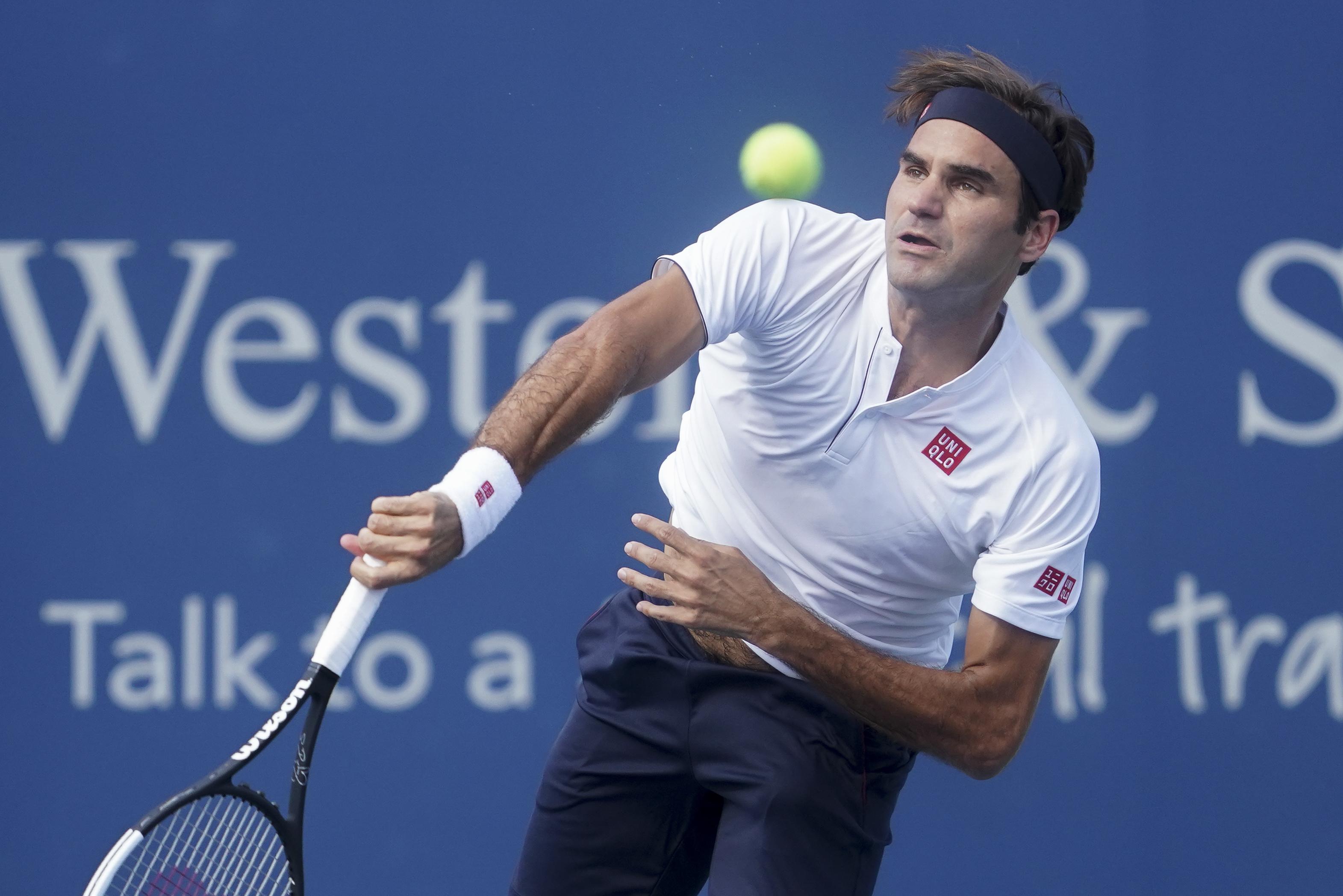 Djokovic did not let this faze him, though, as he brought the set back on to level terms. The second serve was one of the key differences between the two, with Djokovic winning 79 per cent of points.

At 3-3, Federer looked certain to close out a routine service game at 40-0, but was pegged back to deuce and then failed to convert two advantages before double faulting at the third deuce.

Djokovic smelled blood and pounced. A poor approach from Federer gave Djokovic a sight and sure enough a clean forehand winner up the line turned the set on its head and put him within two games of victory. 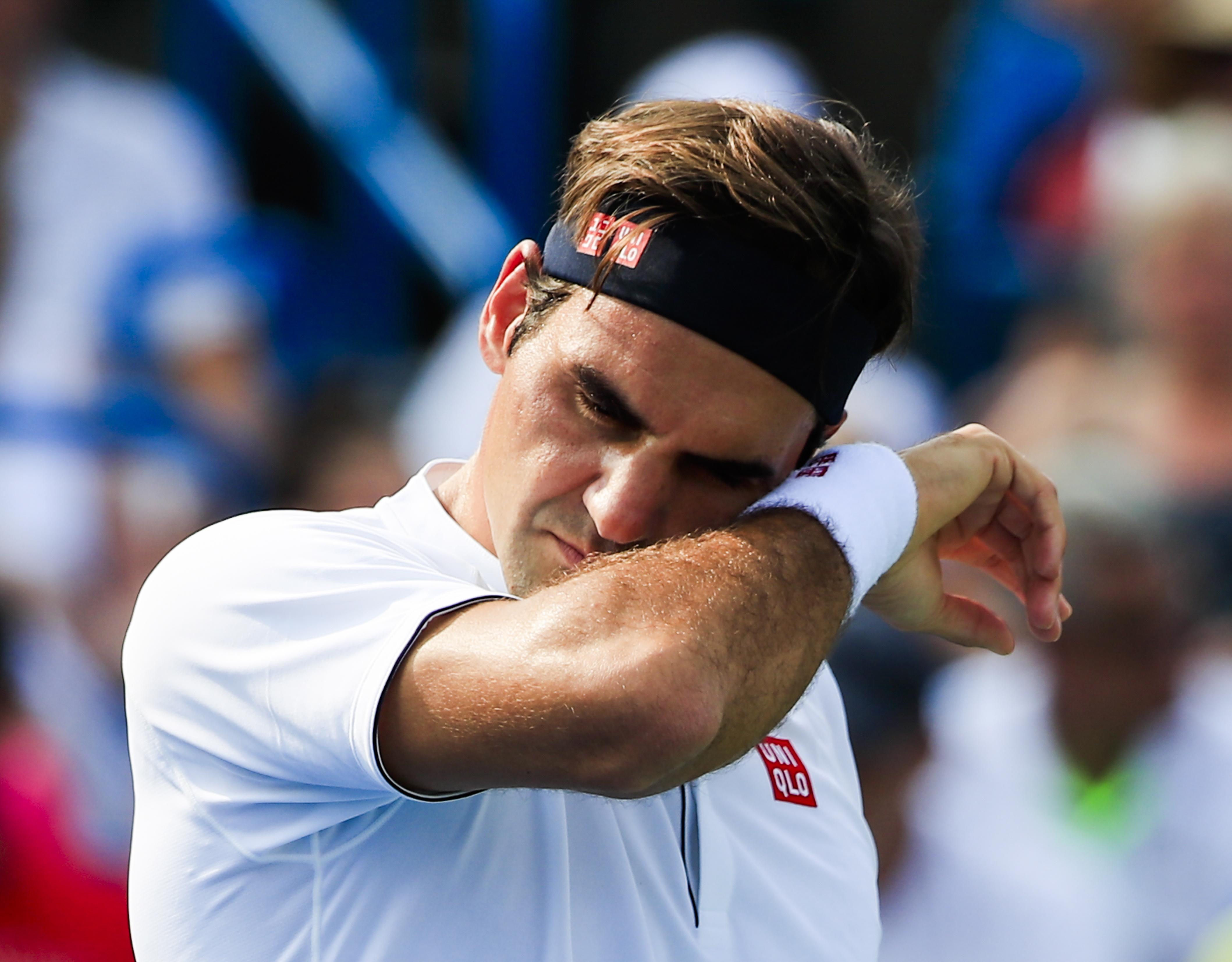 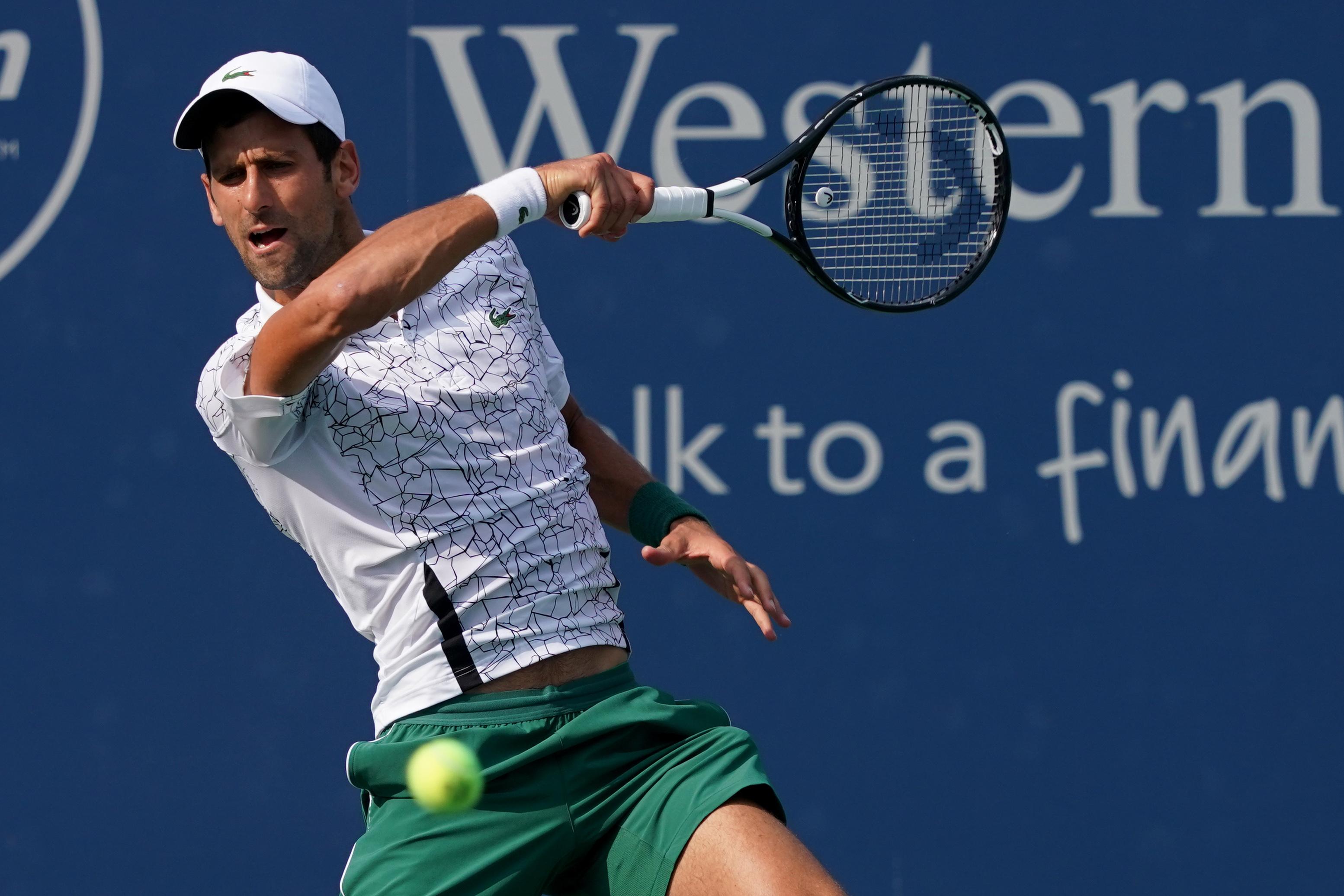 Federer drifted a simple enough drop shot wide at game point down to make himself serve to stay in the match at 3-5.

Djokovic was forced to serve out the match and that's exactly what he did, even if Federer did hit two of the shots of the match with stunning winners at 15-0 and 30-15.

But yet another unforced error presented Djokovic with his first championship point and a 20th forehand unforced error, this time going well wide, from Federer secured the win.

For Federer, he remains two short of 100 career titles and losing today means he will not make it to three figures at Flushing Meadows.

The day, the week, and arguably the summer, belongs to Djokovic, though, who wrote history by winning in Cincinnati to add to his previous Masters wins in Indian Wells, Miami, Monte Carlo, Madrid, Rome, Canada, Cincinnati, Shanghai and Paris.