The NRL will consider tightening coach poaching rules if the clubs have an appetite for it while chief executive Todd Greenberg has backed embattled Manly to survive on the northern beaches long term.

The Sea Eagles are set to become the latest club to part company with their coach, with Trent Barrett poised to walk away despite having two years remaining on his contract. The Barrett saga, coupled with a litany of dramas and poor performances on the paddock, have raised questions over the long-term viability of the franchise. 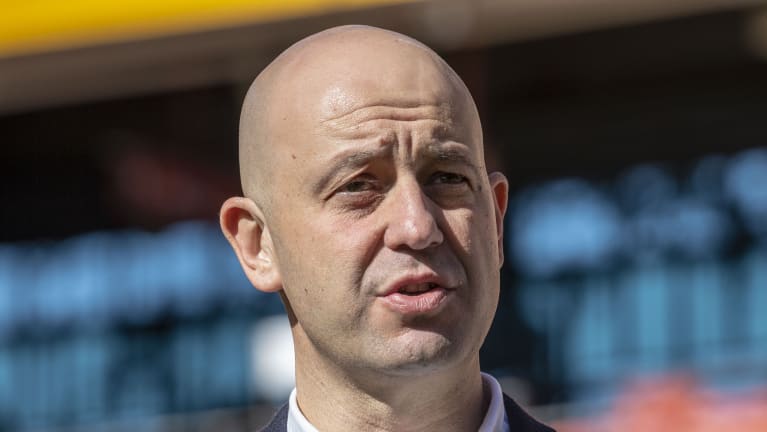 While Barrett and the Sea Eagles work through a messy divorce, the wider issue of poaching contracted coaches has arisen amid suggestions Penrith approached Ivan Cleary with more than two years remaining on his Wests Tigers contract.

Players aren’t allowed to negotiate with rival clubs more than a year ahead of their contract expiring and there have been calls for similar protocols to bind the clipboard brigade.

Greenberg said the clubs didn’t agitate for change at a recent meeting of chief executives but was willing to review the system if the mood changed.

“I’m open to talk to the clubs about those sorts of things,” Greenberg said.

“There’s contract law at play with these sorts of issues, whether it’s in rugby league or elsewhere. The reality is it’s given members of the media weeks of very rich content to talk about.

“As we sit here today, what happened at Penrith is the assistant coach took over from the head coach. Now there has been a lot of innuendo and talk around that, but that’s the reality of what we face today. I’d be happy to talk to the clubs about that if that’s something of interest to talk about because ultimately we’re the game.

“My view is we want to protect the game as much as we can. If we can do that by putting in additional rules and regulations in place, we will look at it.”

Barrett’s tenure has been the subject of intense speculation in recent months amid suggestions he hasn’t been provided the resources the Manly hierarchy had promised him. The Sea Eagles have hit back at the claims, but the standoff has raised questions about the long-term viability of the club. Greenberg and Australian Rugby League Commission chairman Peter Beattie backed the club to survive on the northern beaches.

“Every club has its ups and downs, you’ve seen that,” Beattie said. “I have confidence in the long term. They have had their moments this season but I’m confident in the long term they will come through this.”

Greenberg added: “They are having a really difficult year, there is no doubt about that.

“But if you look forward they have got a really good playing roster, a relatively new chief executive who comes with a lot of experience and I would imagine they will have a very busy off-season preparing themselves for 2019 to make sure when Manly fans turn up next year they have some real hope for the club."

Under the new club funding model, the NRL provides each franchise with funding to the tune of 130 per cent of the salary cap figure. Greenberg said head office had no remaining money to bail out clubs that fall upon hard times.

“Clubs are being funded better than the ever before in history, which means that we won’t be funding clubs in the future if they get themselves into difficulties,” Greenberg said.

“There’s a reason for that – because we can’t fund them. We haven’t got reserve funds in the game to do what we did previously. All clubs are acutely aware of that.”

The NRL is yet to make a call on whether ‘round zero’ – an opening-round NRL clash in 2019 – will be taken to the United States. That decision remains “two to three weeks” away, while a decision will be made sooner on a proposed Australia-Tonga Test in October.

“We want that to happen,” Beattie said. “If that doesn’t happen, it won’t through lack of trying on our part.”