Home » Sport » Olly Murs hoping to lead non-league Essex side to Wembley, as Coggeshall Town play in the FA Cup for the first time in their 140-year history

Now the singer wants non-league minnows Coggeshall Town to display their star quality on the Road to Wembley. 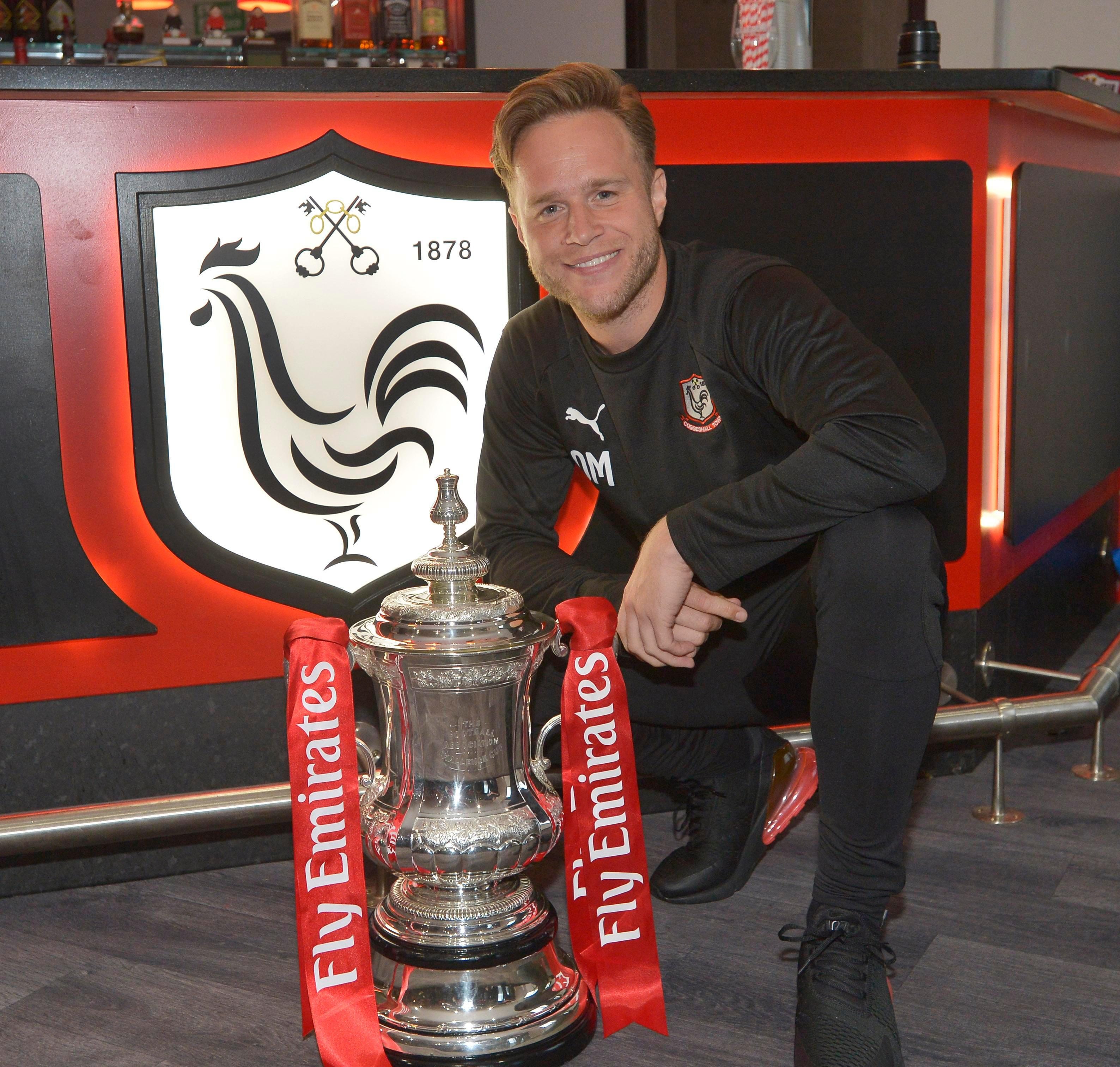 The Essex club play in the FA Cup for the first time in their 140-year history on Friday in the preliminary round against local Essex rivals Witham Town.

And Murs, who shot to fame on reality TV show The X Factor and is now a multi-million record selling, chart-topping artist, jointly owns the Seed Growers with family pal Graeme Smith, who is the club manager.

Coggeshall go into the game on the back of three successive promotions — from the Essex and Suffolk Border League to the Bostick League North Division, which is the eighth tier of English football.

And Murs said: “We are buzzing. We are finally playing in the FA Cup. We are the oldest club never to have played in the competition, so this is massive for us. 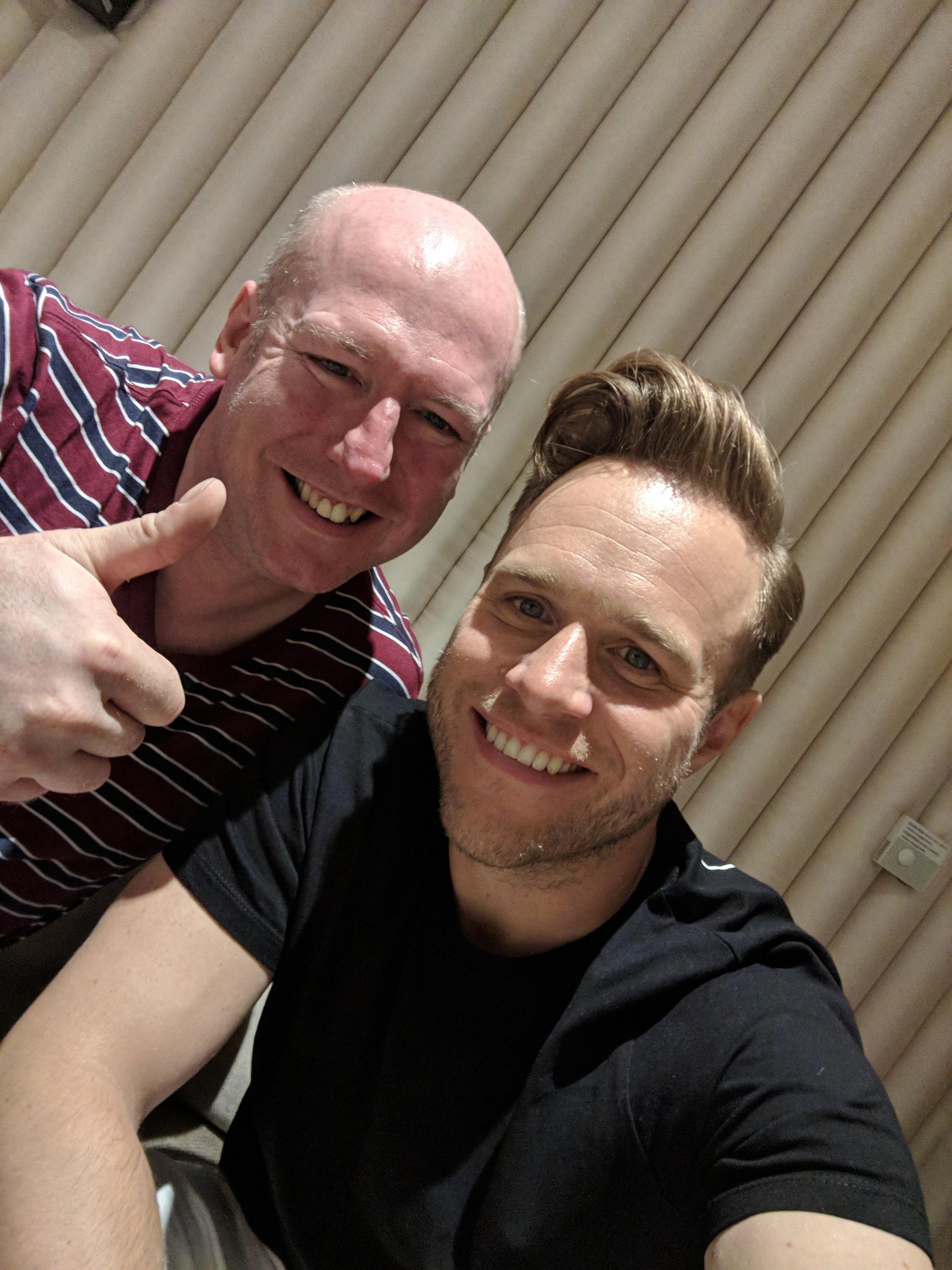 “When I first got involved as a sponsor, we were playing on park pitches and used subs — or players who had been subbed — as linesmen and we didn’t have floodlights.”

Murs, 34, once a striker at Witham, got involved with Coggeshall after he was invited to help by his uncle and former Colchester midfielder John Pollard.

He says: “John was helping Graeme, a long-term friend, as his assistant and he asked if I could help by sponsoring the kits and tracksuits.

“So I got involved and would go down to the club, train and play with them, to keep myself fit for the various Soccer Aid events I do. 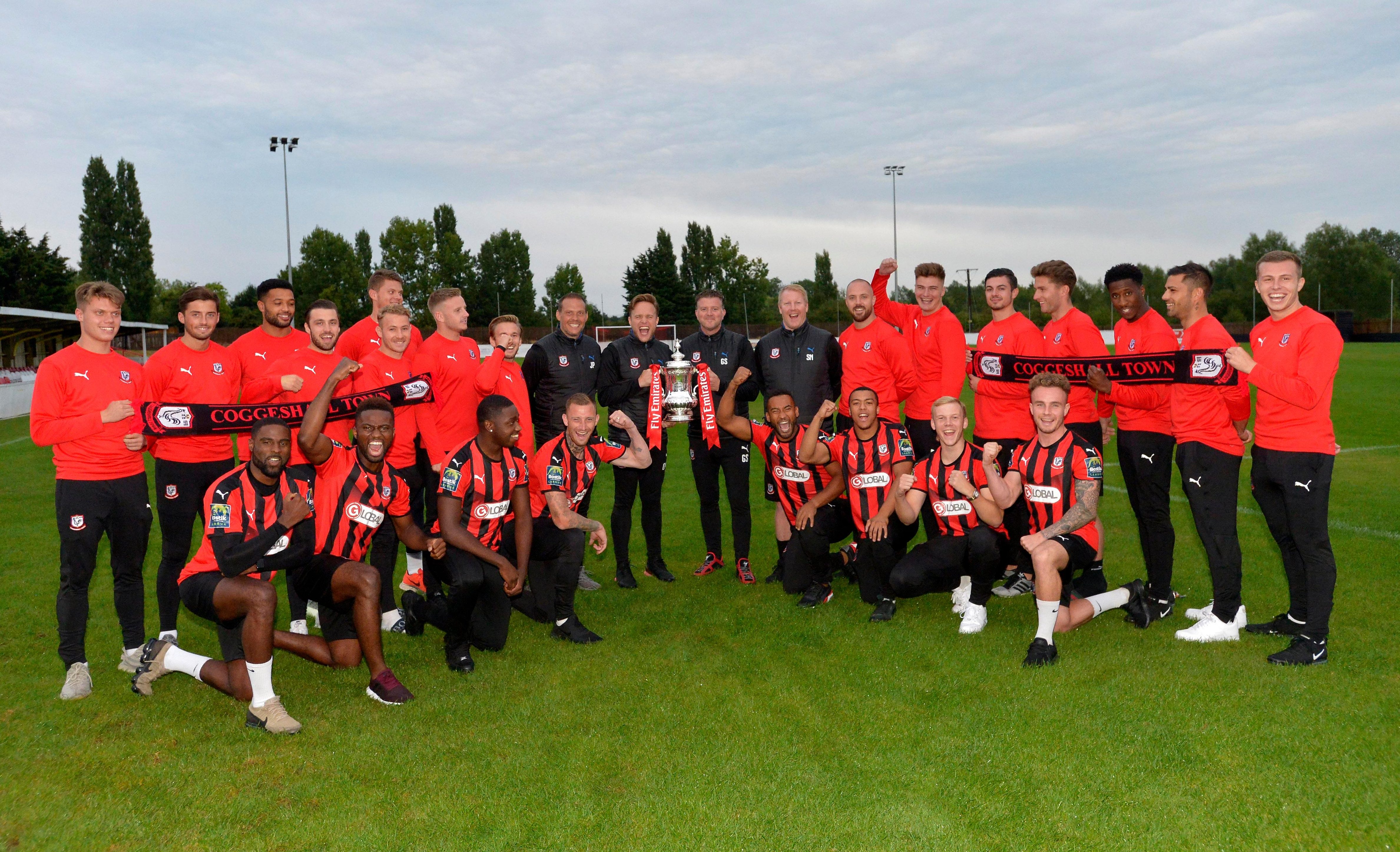 “After I finished the recording and tour cycle for my album 24 Hrs, Graeme asked if I could fund the floodlights and I said, ‘Yeah, of course’.

“Then around 18 months ago, Graeme sat me down and said, ‘You’ve been a lot more involved over the last year or so, how do you feel about being an owner of the club with me? We can do it 50-50’.”

Murs, a season ticket holder at Manchester United, loves non-league football and Coggeshall provides him an escape from his normal working environment, which he is highly critical about.

He said: “I’m down-to-earth even though people look at me and think, ‘Oh, Olly Murs, the popstar, the singer selling albums and doing tours’.

"But on the inside, I’m that normal Essex boy from Witham. So when I come down to Coggeshall, it’s just me, the lads and football, having fun.

“It’s a nice release from an industry full of fake people, who tell you what you want to hear, the ‘Yes’ people.

“To get out of an industry like that and be among real people, I love it.

“And that is the non-league. Fans can mix with the players, manager and chairman in the bar after a game. You feel part of it. 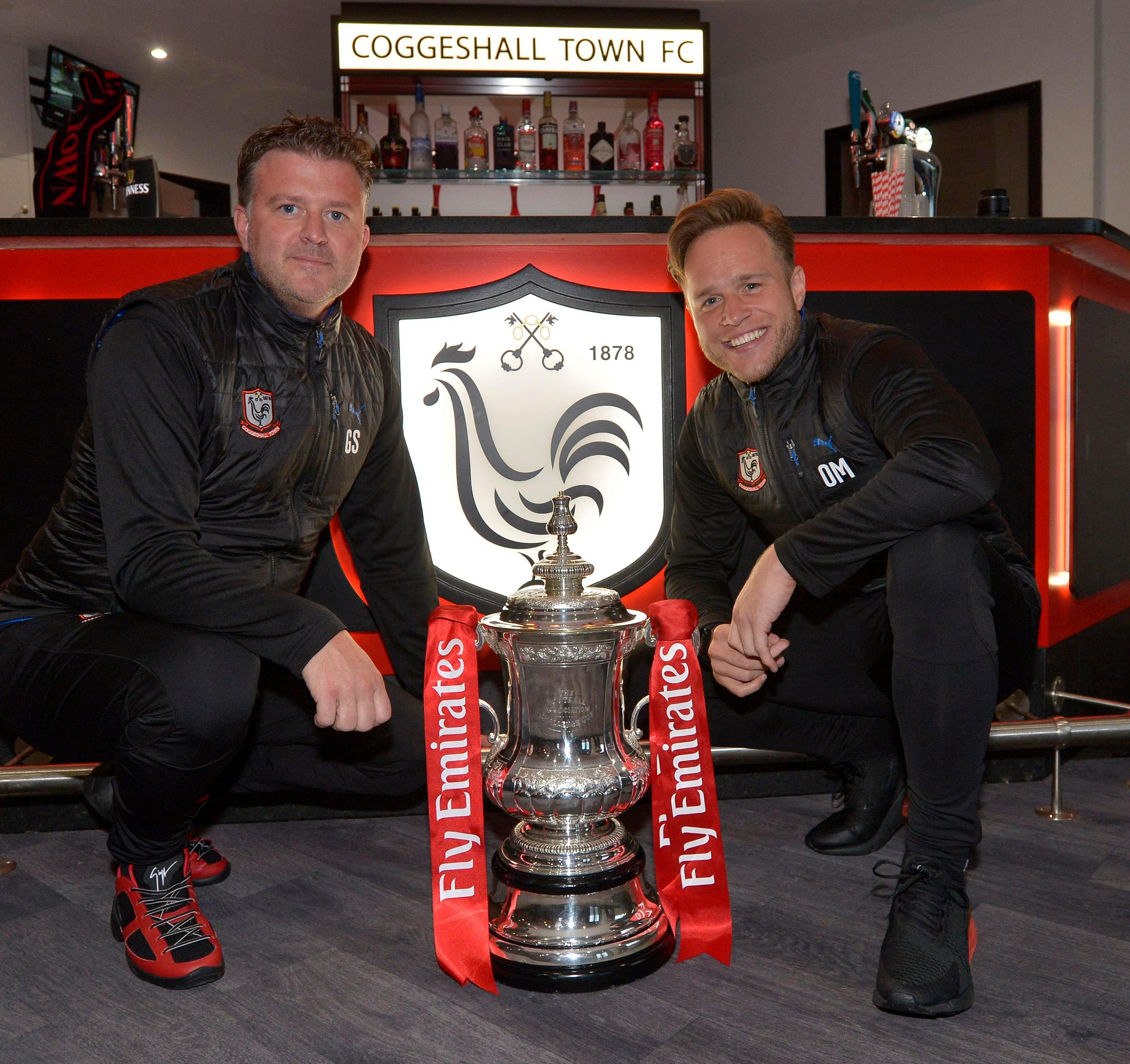 “I go to Manchester United and know and talk to manager Jose Mourinho — but even I don’t feel part of it there. It’s impossible to be connected to something as massive as United.

"Yet at Coggeshall, everyone is. I train with the lads when I get a chance.

“I was in Dubai last week working, landed back at Heathrow at 3pm, went home, got changed and went training. It helps to keep me normal.”

Murs claims the first ambition for Coggeshall is to make it through to the first round proper and the ultimate aim is to get into the third round to face a Premier League giant.

“We have got a three or four-year plan to push the club on. We’re discussing doing a documentary about the club and there are other exciting things in the pipeline.

“But we won’t over-extend financially. We give the chance for lads to earn £100-a-week or whatever to top up their day-job wages so that can help pay bills or even buy the girlfriend some nice clothes or dinner. That’s what we do.”

Murs leaves Smith to run the club day-to-day when he is touring and keeps in touch through WhatsApp. 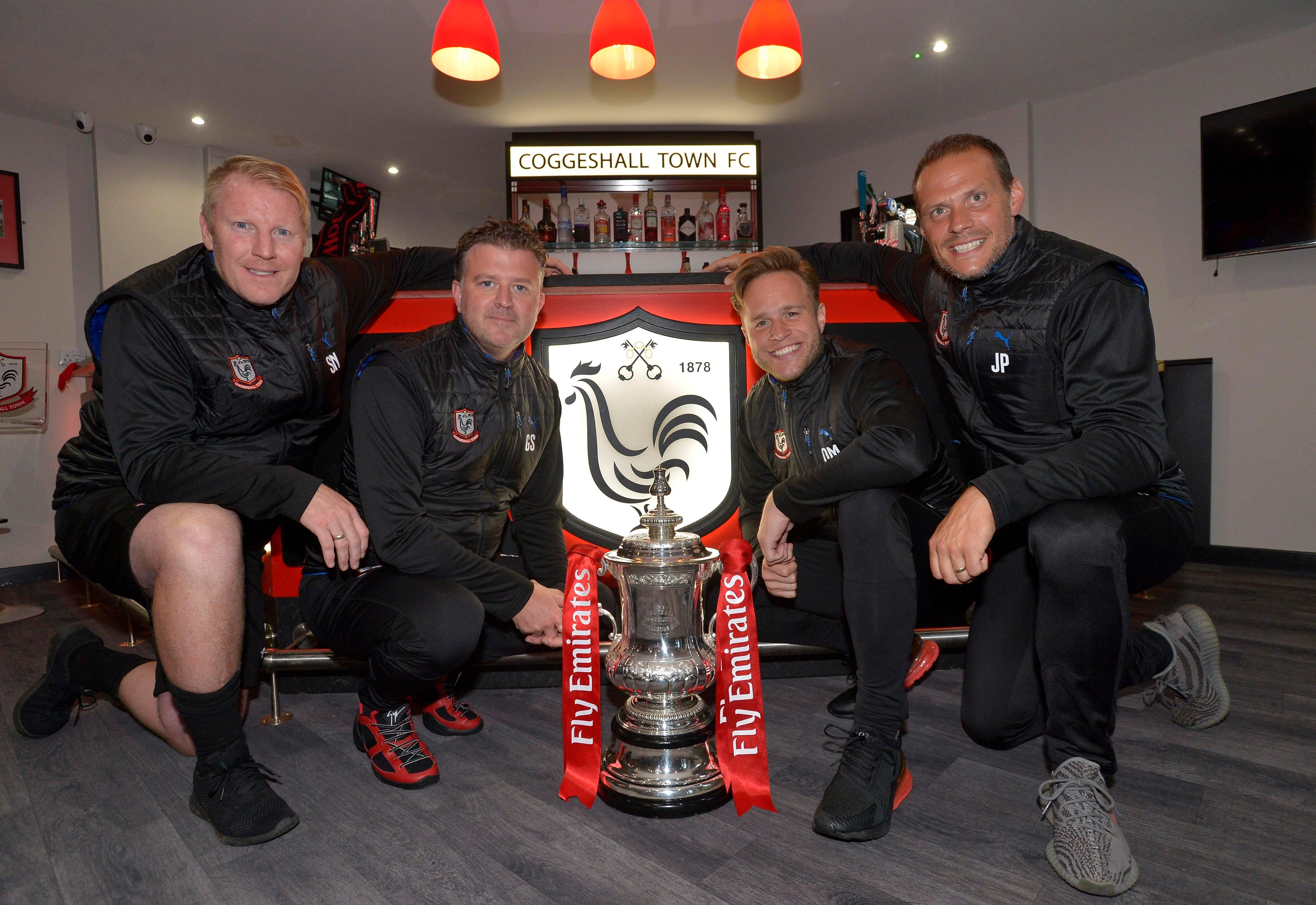 He added: “Obviously my music career comes first and I get a lot of banter like, ‘Oh Murs isn’t here this week, he is a part-timer’.

“I just say, ‘Well to be fair boys, if it wasn’t for me working, you guys wouldn’t be getting paid’.”

One person who is loving being part of the Coggeshall adventure is keeper James Bransgrove.

He broke into the Colchester United first team and was selected for Scotland Under-21s — but, incredibly, at the age of 21 decided to quit as he did not enjoy life as a professional.

Yet he returned to the game last year and doubles up as an accountant for Colchester.

Bransgrove, 23, said: “On paper, my career was going in the right direction but the truth is I hated every minute. When you’re a pro, it takes over your life.

“Now I play Saturday and Tuesday, train Thursday — and dip in and out of football. Some people think I was crazy but I love it a lot more this way.”

So does Olly Murs. And Coggeshall are reaping the rewards.