I’ll give you pathetic.

Three years ago, in the wake of a Four Corners expose on the horrors of live-bating in the greyhound industry, the government of Mike Baird took a principled stand and said NSW would ban the barbarous sport. Sadly, the outcry from a very narrow band of the media and community was so strong, they caved in. 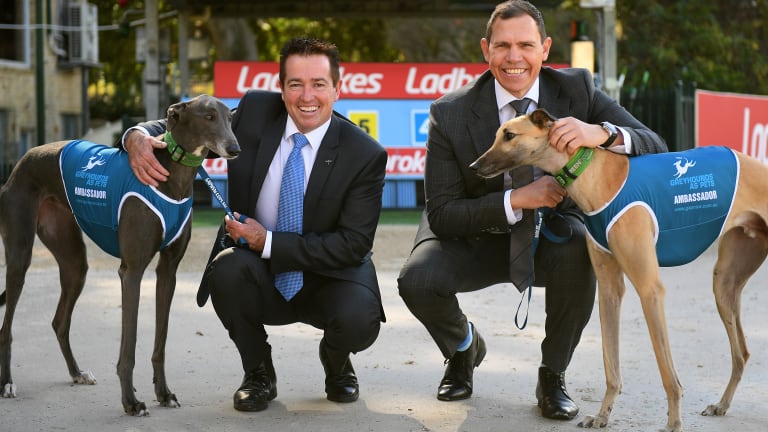 That is one thing.

Quite another thing is what happened this week, with the Berejiklian Government, out of a clear blue sky, suddenly committing half-a-million dollars of the public purse to help fund the world’s richest greyhound race, the “Million Dollar Chase” on October 20 at Wentworth Park.

Yup. Let that sink in.

From taking the position that this sport is so reprehensible we cannot allow it to continue – in line with broad public sentiment, and the growing view, worldwide, where the sport is either already banned or naturally dying – the same government now says, this sport is so important to us, we are going to use public monies to artificially prop it up! 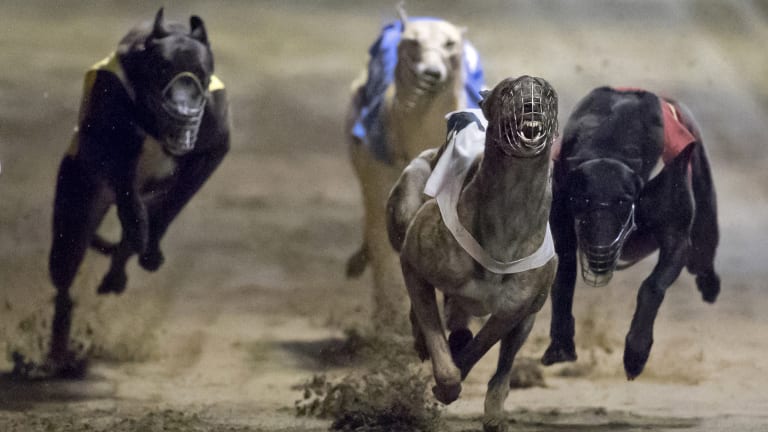 Shut down: Greyhounds race at the Macau Yat Yuen Canidrome in March. What was Asia’s only legally regulated greyhound racetrack, a centerpiece of Macau’s gaming tourism history, shut its doors in July.

Oh yes, apologists will rush forward to screech that the sport has now changed, that not only have they done away with live-baiting, it is no longer cruel to the dogs! Really?

I quote from the Herald last month: “The rate and number of greyhounds that are killed and injured while racing rose for the third consecutive quarter and is now higher than at any time since records began in 2016. There were 37 dogs killed or euthanased at the 34 tracks across NSW in the three months to March 2018 with about 15 per cent of all the greyhounds who raced suffering at least one injury.”

And here, a fortnight ago, is another Herald report: “The RSPCA has uncovered a mass greyhound grave in western Sydney, on the property of a licensed and registered greyhound trainer . . . During the raid, senior RSPCA NSW inspectors also seized nine sick and emaciated dogs that had ‘such pressing and urgent veterinary needs that they required immediate treatment,’ RSPCA NSW acting chief inspector Andrew Clachers said. 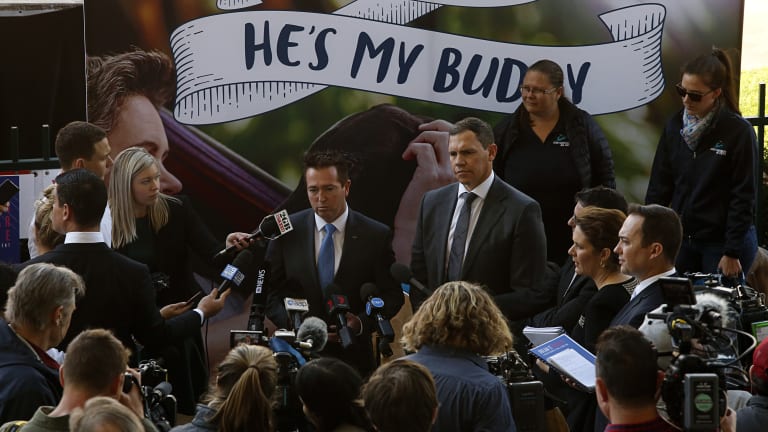 “‘Some of [the greyhounds] that we seized we had concerns as to whether they would make it, they were so ill.’ Three more greyhounds were seized on July 9, after written veterinary instructions for their treatment were not followed by the owner. The dogs were suffering from a variety of conditions, including emaciation, internal parasites, fleas, severe dental disease, pressure sores and overgrown nails.”

A pause now, while defenders rush forward to say this is an aberration, that it’s all changed.

Oh? Where are all the slow dogs, and old dogs, then? I mean it. Where is the Matt Shirvington of greyhounds right now? Where are your and my versions of greyhounds – those would like to have run fast, but never made the cut? Is there a farm out there somewhere, boasting 20,000 old, slow, greyhounds who can no longer make the cut, or never could? What happens to them? There must be thousands of such dogs out there, yes? Are they’re all housed as part of the “Greyhounds As Pets” scheme, so recently being pushed by Greyhound Racing NSW? (They’re in it for the dawgs, after all!) I’ll take your word for it.

Look, even putting aside the systemic cruelty to the dogs, the fact that the industry is built on the gambling losses of those gamblers who can least afford it, greyhound racing is a business. You put dogs and trainers in at one end, mix them with people willing to lose their hard-earned dollars in the mistaken belief that they will come out ahead – they don’t, never have, and never will – and out the other end comes profits for the people involved in the industry. So why, in the face of widespread public revulsion which has seen the sport withering worldwide – only eight states in America still allow it, and it was shut down in Macau last month – is the government propping up this particular business?

Because it is a “driver of tourism”, because it will “help the economy”, as they outrageously claim when pouring billions into helping other sporting businesses, a la the #StadiumSplurge outrage?

Not even this government is so craven as to make that claim.

They have tried to dress it up, however, saying that all dogs who compete in the race will “have to be re-homed, or kept as pets. If the prize-winning dog is killed, the owner has to pay back the $1 million.”

(And hang on, just a few paragraphs back, weren’t you framing a furious letter to the editor, saying all those dogs ARE so too, still alive?? If so, why does the industry have to promise the winning dogs in this race gets to – stop the presses – live?)

Seriously whose inane marketing department dreamt up that stunt?

It is the greyhound industry’s equivalent of the President of the United States traditionally giving a reprieve to a single turkey, every Thanksgiving. That turkey, the President always announces, has a Presidential pardon, and will live out its days on a farm in Maryland. Five-year-olds are thrilled.

There is also the ludicrous claim from defenders of the NSW Government that as the money comes from a fund of unclaimed gambling winnings, it is not strictly "taxpayers funds".

Obfuscatory bullshit. It is all from the public purse, so is the same difference.

Inevitably, there will be those who characterise this column as an attack on battlers. It is no such thing. As I have noted before, yes there are battling battlers who make a living from the industry. But when you realise that the entire industry is actually built on the gambling losses of hundreds of thousands more of those battlers, together with systemic cruelty and worse to animals, the way forward is clear. Two years ago, the government caved in from banning it, and moved to a position where it would let the “sport” naturally die out. To go from those two positions to one where they put public money towards keeping it alive – inevitably taking more money from people who can ill-afford to lose it – is morally bankrupt. And the NSW State Labor Party on this is no better. It was their cynical targeting of Baird on the issue that saw the ban overturned in the first place.

A pox on all their houses.