Golden Rose dreams are on the line for Dio D’Oro in Saturday’s San Domenico Stakes on a day trainer Gary Portelli is looking forward to on many fronts.

Along with Dio D’Oro, Portelli has a gelded Single Bullet back at the races and Exceltic stretching out to 1400 metres in the Ming Dynasty Quality. 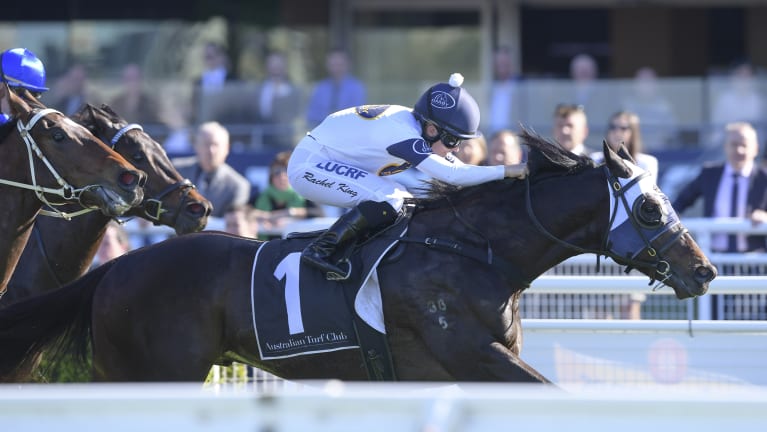 Dio D’Oro has the winter form with a hat-trick of wins behind him in June but has stepped up to  stakes grade, which includes $7 Golden Rose equal favourite Performer and Neutrality, which is a $11 chance with Beteasy for the $1 million group 1.

“He is pretty good but if he is up to that grade … we are going to find out if it is the Golden Rose or another race for him,” Portelli said. “I think he is going to be very good at 1400m and it is probably a bit short for him on Saturday but he has a residual fitness edge.

“He goes into this race because he has got so high in the benchmark that it makes sense to see if he is still improving. You are taking on some good ones. Performer was Golden Slipper favourite for a long time and looks to have come back well.

“My horse will appreciate any rain we get to take the edge off the track, and I think he is a good each-way chance at this level.”

Breeders' Plate winner Performer has been installed at $3.70 with Godolphin’s Plague Stone at $4.40 and Neutrality at $6, while $13 is available about Dio D’Oro.

Portelli also steps another three-year-old, Exceltic, up to 1400m, where he won’t have the hustle and bustle of races at shorter trips.

“He is a horse that lost all his confidence when Performer crashed into him in the Todman Stakes in the autumn. He still has a bit of a look when horses are around him but he has always been talented,” Portelli said.

“I think a bit less pressure in the race might help him to find his best.”

Both three-year-olds  will be ridden by Rachel King, who also rides Testashadow for Portelli in the Premier's Cup.

"She has a great set of hands and really suits my horses," Portelli said. "She rode Testashadow in the prelude and I thought he went well for her. I think he has had eight wins and five of them have been with female riders. They just get the best out of him."

Single Bullet was given his chance to earn a stallion career but after only one win and eight placings from 13 starts, he was gelded.

“He has always been in the frame in some good races, but just could not get it done,” Portelli said. “We decided to cut him and he has come out and won two trials in good fashion.

“He has got his share of weight but I think he is probably our best chance for the day and there might be a good race for him later in the spring.”