SUNDERLAND escaped a feisty battle at Fratton Park to reach the play-off final.

Chris Maguire's stunning volley at the Stadium of Light, the only goal in 120 minutes of action, was enough to send the Black Cats to Wembley. 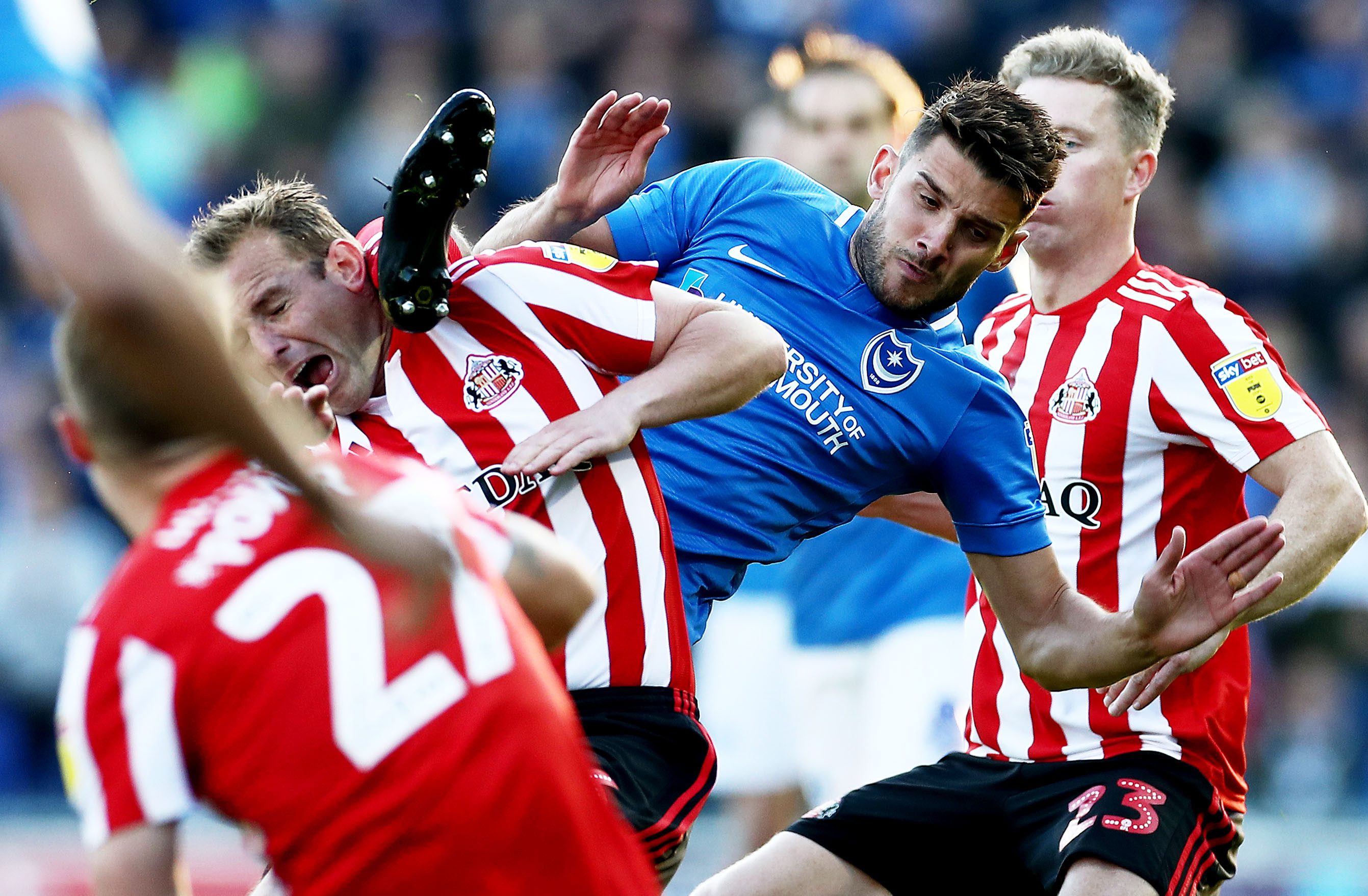 It was the perfect revenge for Sunderland who were beaten by Portsmouth in the Checkatrade Trophy final only two months ago.

An excellent defensive display saw Jack Ross’ side earn the right to face either Charlton or Doncaster on Sunday week.
But the fixture was overshadowed by a Pompey supporter appearing to kick Sunderland full-back Luke O’Nien in the second-half after he fell over the advertising hoardings.
He was then pulled away by stewards as Lee Cattermole become embroiled in a heated verbal bust-up with the lout, who could now face a lengthy ban.
Sunderland started brightly and came close to extending their aggregate advantage on three-minutes but Grant Leadbitter’s 25 yard strike sailed just past the post.
It was fast and frantic in front of a sold out Fratton Park and feisty on the pitch with Pompey’s Tom Naylor and the Black Cats’ Maguire both going in the book early.
The home side were pushing forward, Ben Close smashing a 30 yard half-volley well over Jon McLaughlin’s crossbar.
Shortly after, Gareth Evans saw a snap-shot from just inside the box sail high and wide, before some heroic Sunderland defending saw three shots blocked.