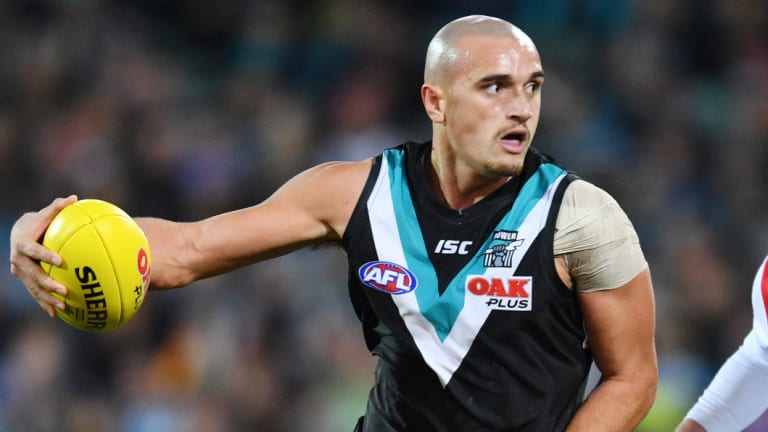 Port Adelaide midfielder Sam Powell-Pepper is involved in another off-field incident, with the AFL investigating a photo he posted on social media.

Powell-Pepper apologised on Friday for putting the photo on Instagram, saying it was an accident.

He took the photo of himself in his underwear, with his girlfriend's head resting on his leg.

"The AFL is disappointed to see an image like this shared on social media," the league said in a statement.

"We request that the person, who is identifiable, be protected and respected by the media.

"The AFL Integrity Unit and the General Manager Social Policy is assessing the photo and its distribution."

The AFL has also spoken to Port Adelaide, with the Power releasing a statement saying they had accepted Powell-Pepper's apology.

The Power midfielder deleted the image from his account and posted his own statement.

"I just want to apologise for an image I posted earlier today of me and my girlfriend," Powell-Pepper wrote.

"I posted the image by accident and immediately removed it once I realised.

"It's a private image that was not intended to be shared publicly.

"Apologies if I have offended anybody."

In April, the AFL suspended Powell-Pepper for three games after a drunken incident in an Adelaide bar, when he made inappropriate contact with a woman.