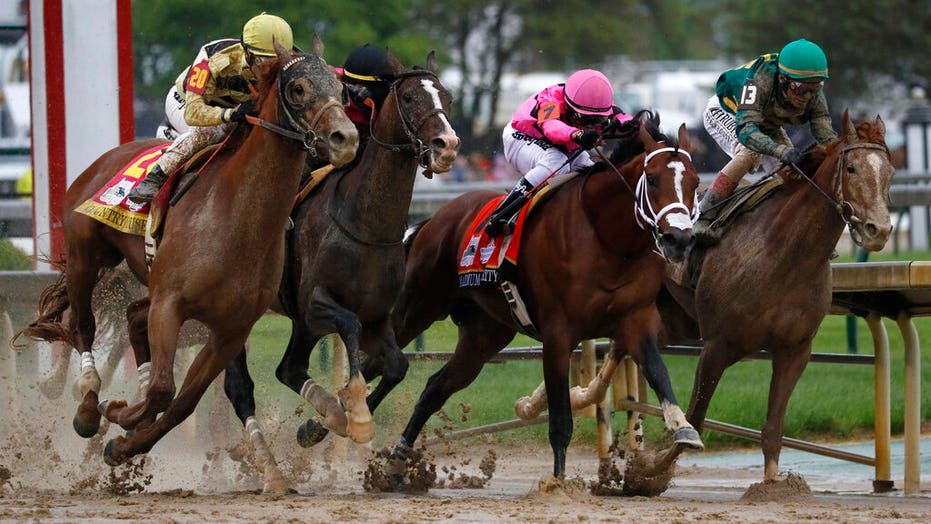 Fox News Flash top headlines for May 18 are here. Check out what’s clicking on Foxnews.com

Following a dramatic 145th Kentucky Derby on May 4, horses will compete for the “middle jewel” in the second leg of the Triple Crown race at Pimlico Race Course in Baltimore Saturday evening, but it’s an unusual circumstance for this year's race.

Maximum Security, who crossed the finish line just shy of two lengths ahead of Country House at the Derby, was disqualified when officials decided that the horse was out of his lane, resulting in a lawsuit by the horse’s owners and a first-place win for Country House, the No. 2 finisher. 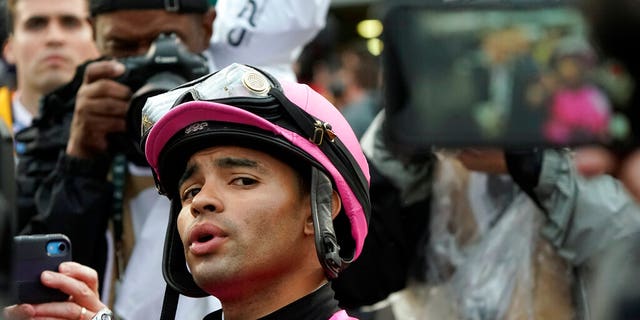 Jockey Luis Saez reacts after Maximum Security was disqualified from the 145th running of the Kentucky Derby horse race at Churchill Downs in Louisville, Ky., on May 4. Saez has appealed his 15-day suspension by the Kentucky Horse Racing Commission. He says the stewards’ penalty for failing to control the horse in the Kentucky Derby is "unduly harsh and not supportable by facts and law." The rider also seeks to stay his suspension pending appeal to fulfill riding commitments. (AP Photo/Morry Gash, File)

Country House, however, will not be competing in the Preakness; his trainer, Bill Mott, cited medical reasons.

It's the first time since 1996 that the Kentucky Derby winner will not run in the Preakness, ruling out any horse's shot of capturing the Triple Crown. 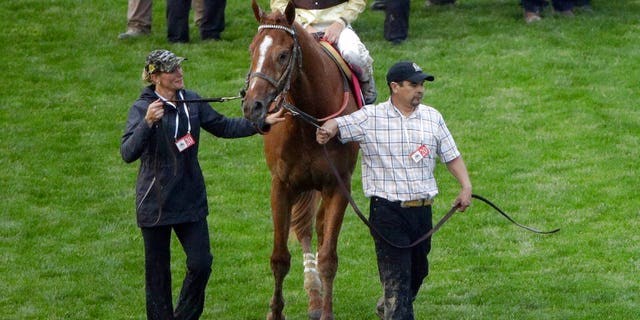 The winner of the 144th race of its kind will be adorned with yellow daisies and black flowers called the “Black-Eyed Susans,” representing Maryland’s colors, and the winning jockey’s colors will be painted on the track’s weather vane as they return to the grandstand for a special honor and to receive a smaller replica of the Preakness trophy while the original is kept safeguarded elsewhere.

Improbable was favored, 3-1, to win the Preakness race, forging ahead from 5-2 odds in the morning lineup. Despite being the favorite in the Kentucky Derby as well, he finished fifth and was placed fourth after Maximum Security was disqualified.

Odds will continue to fluctuate until post time at 6:48 p.m.