Here's all the action – and news of a new deal for Saracens' England star Maro Itoje ahead of the title favourites' opener against Newcastle. 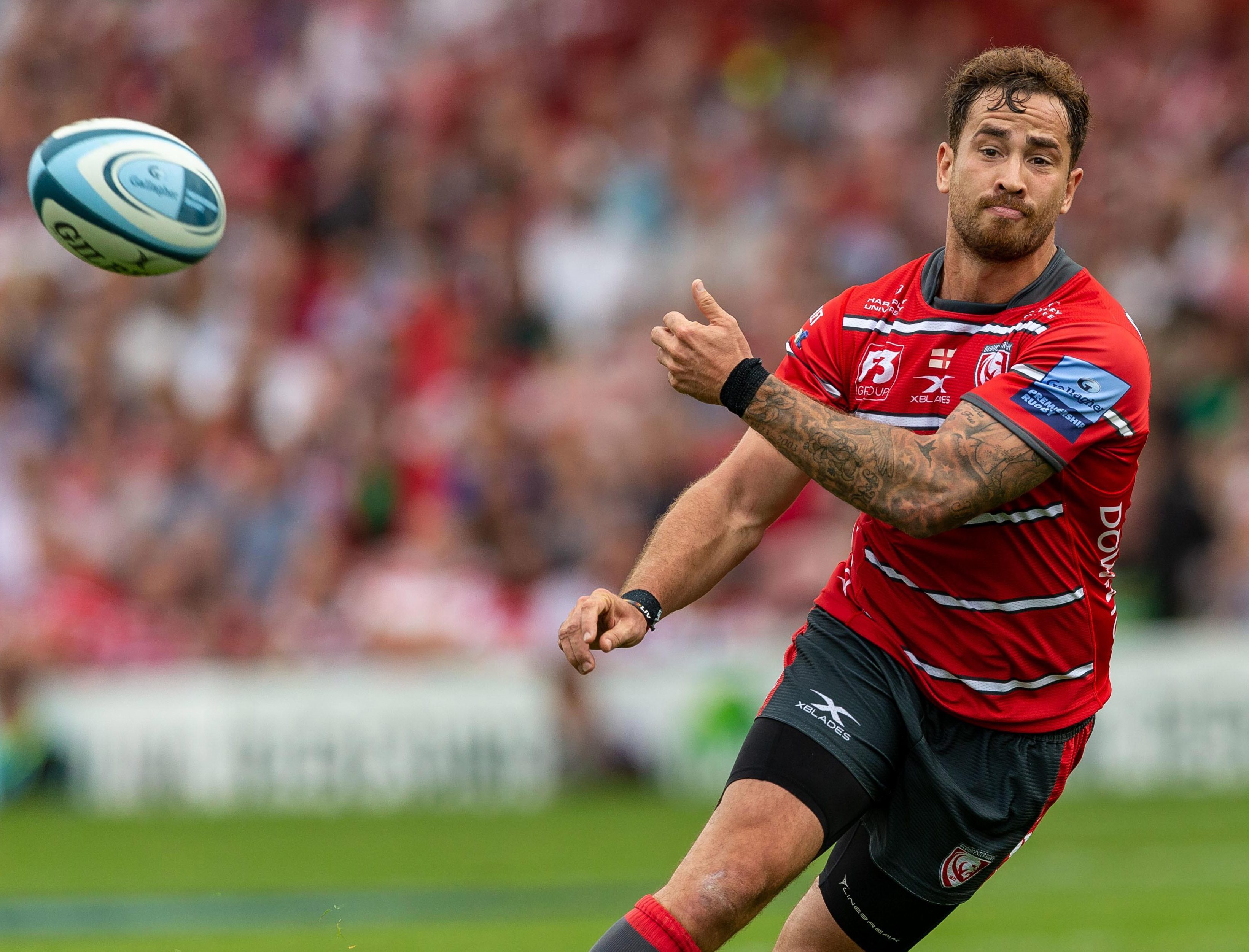 DANNY CIPRIANI justified his huge wages and even bigger baggage with a no-look wonder-pass to spark Gloucester’s opening-day win.

England boss Eddie Jones was in the crowd to see Cipriani slice open Northampton’s defence with a sublime flick 34 minutes into his debut, sending Charlie Sharples crashing over for a try.

It has been a rollercoaster start to life at Gloucester for the former Wasps fly-half after he was convicted of assault on a pre-season trip to Jersey last month. 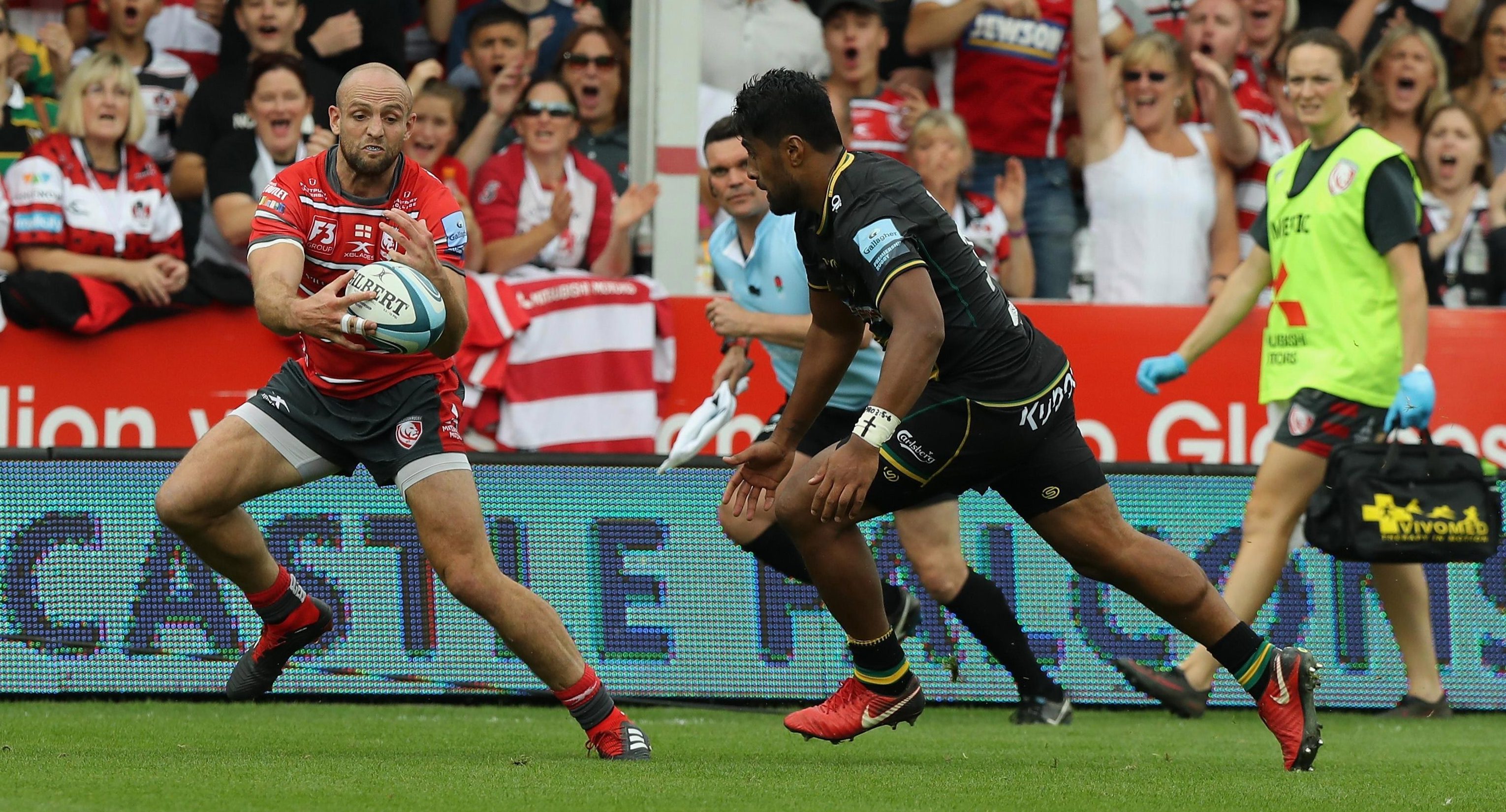 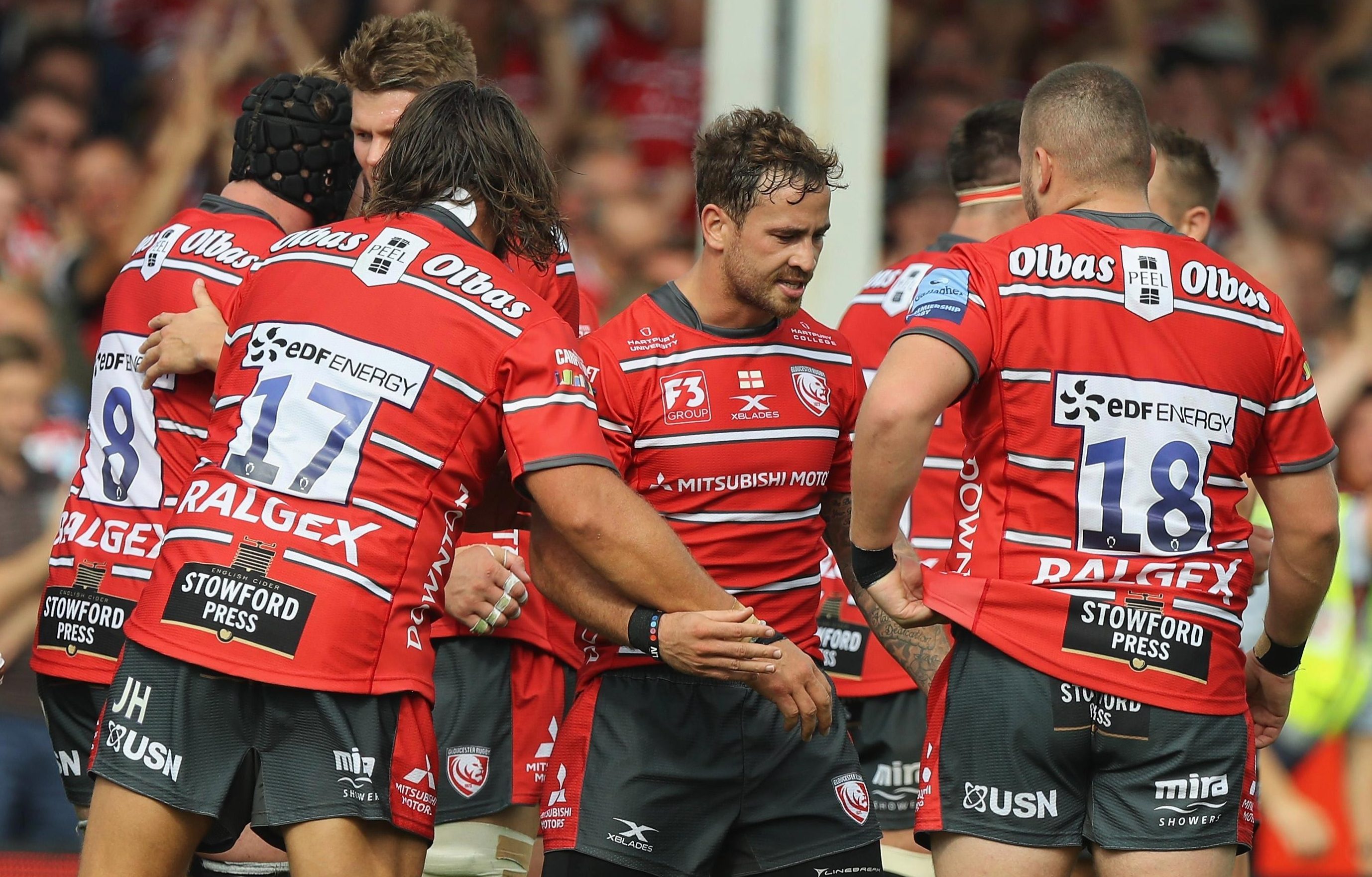 Cipriani was alleged to have told cops: “These wrists are gold, loosen the cuffs” as he was nicked.

And he proved that here with his spiral sensation as he put his run-in with the law behind him.

Cipriani, 30, admitted: “The way the lads have helped me in the last couple of weeks has been amazing.

“It’s been amazing from top to bottom and I am very proud to be out here and part of this club. It’s a big year for everyone and we stepped up as a group today.”

Cipriani's former Wasps team-mate and England World Cup-winner Lawrence Dallaglio admitted: “It was an absolutely unbelievable pass and it is so difficult not to throw those forward. Amazing.” 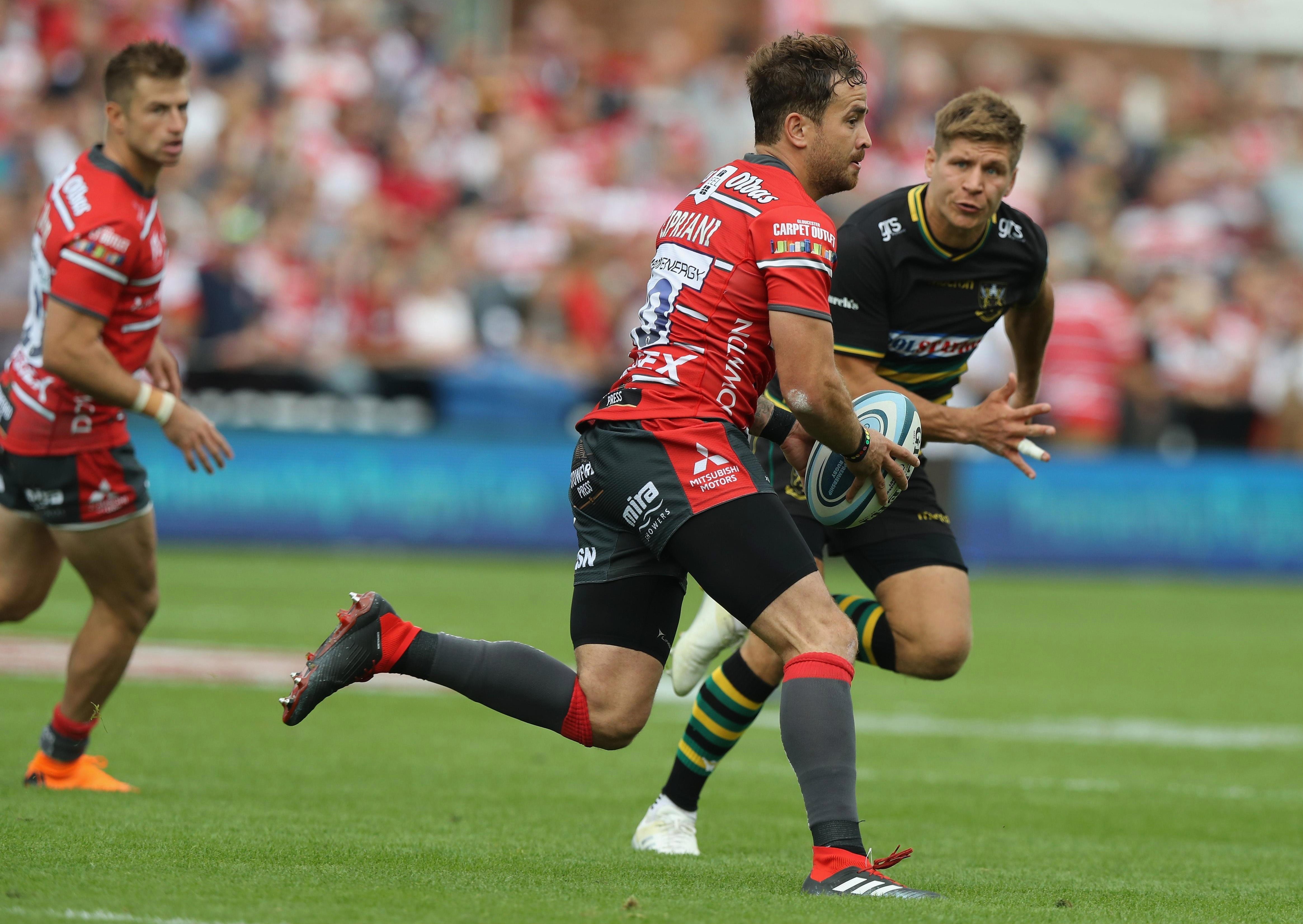 Gloucester centre Henry Trinder revealed Cipriani has been working on the pass in training.

He said: “We have been focusing on trying to pin guys and unleashing our outside backs.

“It was great skill out there, great vision. It is good understanding of the game — he doesn’t force things, he doesn’t throw Hail Marys.

“Everything is calculated with Danny. We have got a controlled attack, we are controlling the speed of it and keeping the ball going forward.”

Gloucester have invested heavily in their squad this summer and spent £1million turning their Kingsholm bog into a sparkling new surface fit for Cipriani's silky skills. 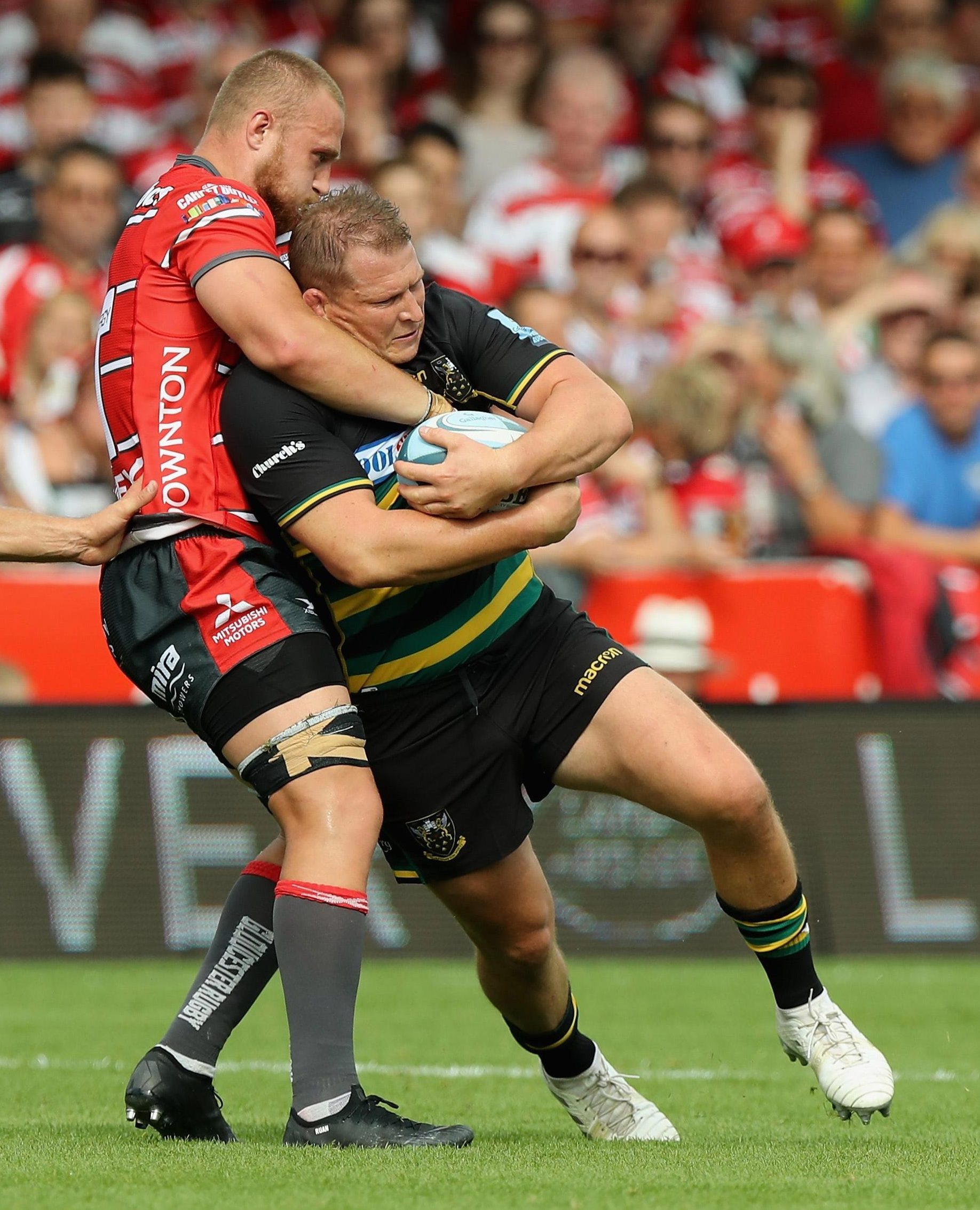 Billy Twelvetrees made the most of kicking off a carpet, booting 17 points with 100 per cent accuracy. But Gloucester boss Johan Ackermann is staying grounded.

The South African said: “We are re- lieved to get the first one out of the way.

“The first few weeks, it is all going to be close games. And the first one is especially nervous.”

But Northampton trailed 24-11 by the time Courtney Lawes barrelled over for their second try on 66 minutes. 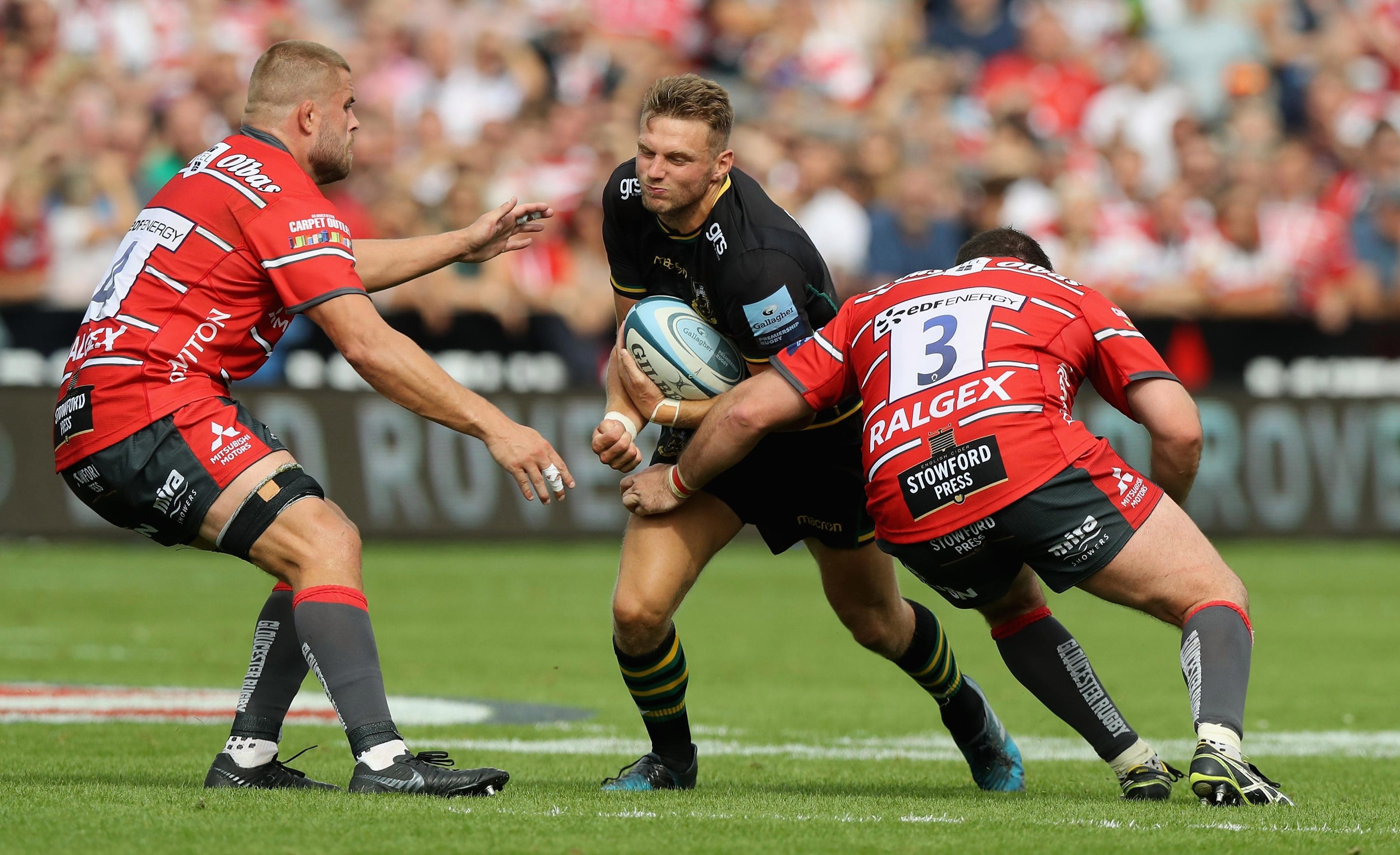 New Northampton boss Chris Boyd admitted: “Dan was a mixed bag — like a number of our guys.

“He sets incredibly high standards and will be tough on himself. He had his head down in the changing room — three errors like that, he won’t be happy.”

Kiwi Boyd added: “I’m grumpy. We had enough chances to win but I don’t think I have ever been in a game where a side has been penalised 21 times like we were.”

The England flanker, 20, had a frightening mid-air collision with Quins’ Aaron Morris.

But Diamond said: “Tom’s fine. I think he was momentarily knocked out but hopefully he can get through the protocols.”

The former Red Rose defence coach revealed Eddie Jones has helped him at The Stoop.

Gustard said: “Eddie knows why I left and we’ve got a good relationship.

“He's come in and observed training and given me feedback.” 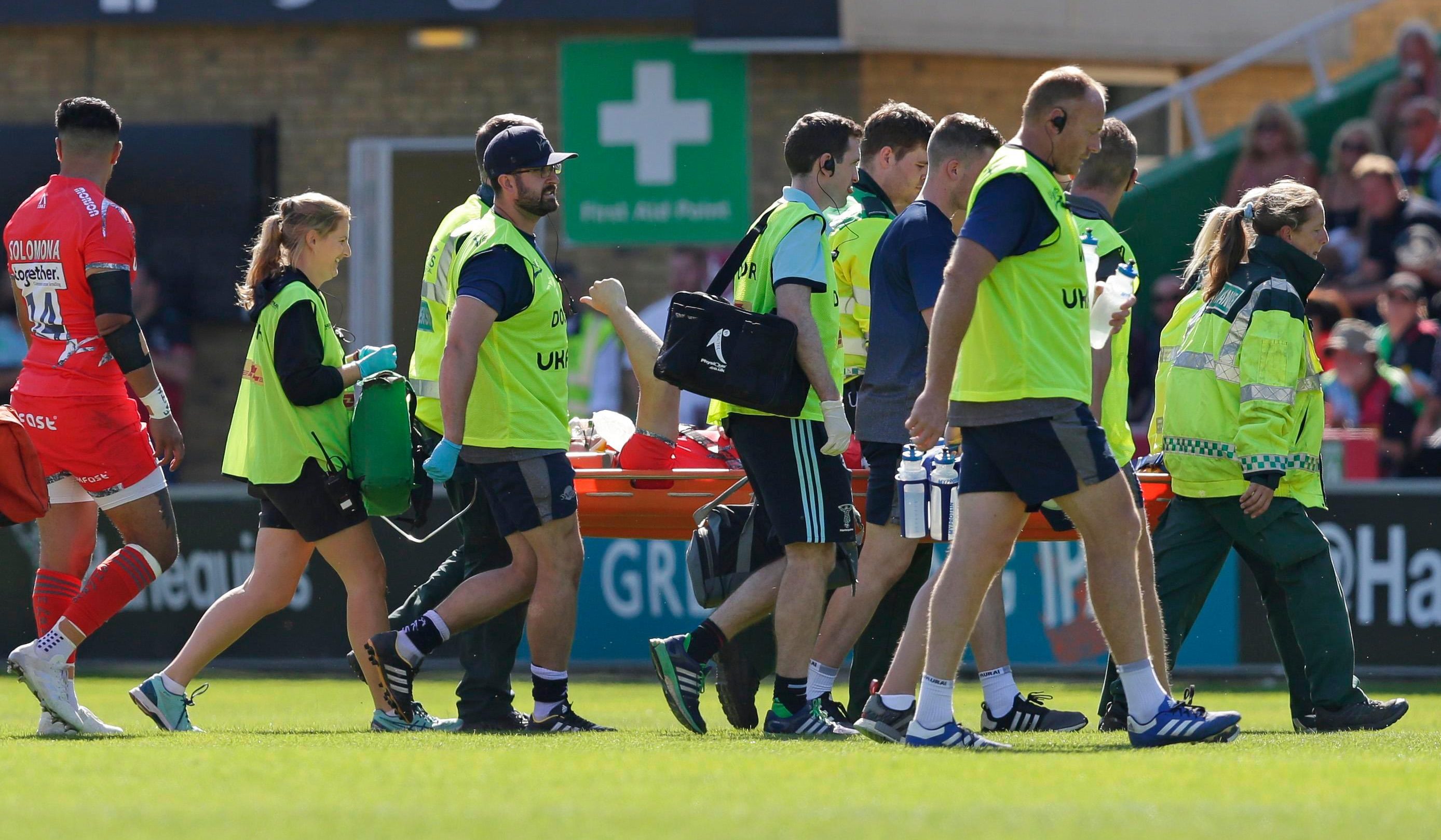 Woodburn and Sam Simmonds put Chiefs 14-6 in front at the break.

And they stepped on the gas with four more tries in the final 20 minutes from Luke Cowan-Dickie, Henry Slade, Matt Kvesic and Ian Whitten.

Exeter boss Rob Baxter said: “Massive credit to the players — you don’t get a score like that without hard work.”

Gutted Tigers chief Matt O’Connor rapped: “We have to fix the things that are not up to speed.” ROOKIE Billy Searle led a stunning Wasps comeback from 13-0 down at Sixways.

The third-choice fly-half, 22, kicked 11 points to go with tries by Joe Launchbury and Tommy Taylor.

Boss Dai Young admitted: “If you’d have given me a one-point win before the game away from home in the first game of the season, I’d have taken it.”

But boss Alan Solomons said: “The penalty-count was 20 against and seven for.

"That’s massive and we have got to study this.” 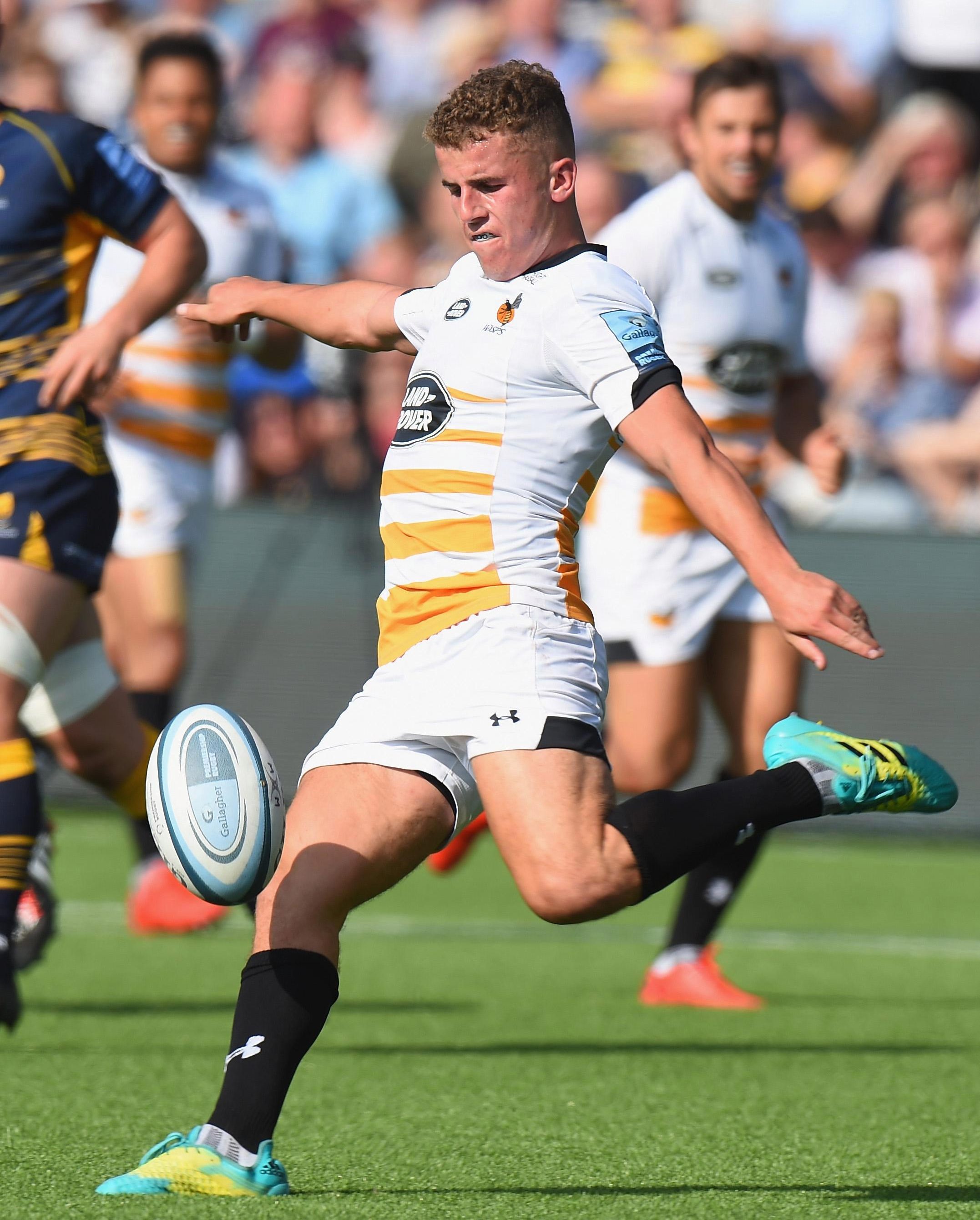 Sarries: to Maro, the world

MARO ITOJE is holding talks over a new Saracens deal.

The England second-row is in his last year of his contract with the Premiership champions.

And coach Mark McCall is offering the 23-year-old a lucrative arrangement to keep him in London with the likes of Owen Farrell and the Vunipolas.

Itoje aid: “Saracens is a great club. I can see myself playing here for a very long time.”

They begin their title defence today at Newcastle Falcons — the side they beat in last year’s play-off to reach the final.

Itoje added: “I’m very fortunate to be a part of this top quality squad.

“When we have all the boys in the mix, it will take some team to stop us.

"The team is constantly striving to improve.

“Everyone wants to be a part of it because we can achieve pretty special things.”